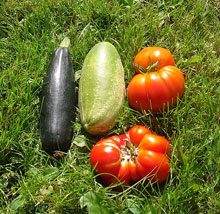 Gardens here in the South Carolina coastal plain can make for quite a challenge for the gardener. While much of the world rejoices at summer’s garden bounty, here we find that the exuberant display of spring and much of our delicious late-spring produce begin to fade as the intense heat and frequent rains end much of the show and bring disease and destruction into the garden.

Tomatoes, that mainstay of the home garden, cannot set fruit in our summer heat; if the tomato plants have resisted disease this far, they will doubtless succumb soon. We will soon see the last of our local tomatoes until the fall season. Potatoes, too, have a short time yet for harvest. Cool-season peas are long gone, of course, along with carrots and beets and most greens.

There are, however, warm-season “peas,” Vigna unguiculata, which will be yielding their crop as summer begins its wane – the best and rarest being the tiny Lady Peas or Rice Peas cherished by cooks in the Eighteenth and Nineteenth Centuries, but mostly lost to modern cooks; melons, okra, and sweet corn are all warm-season crops, wonderful summer foods now from our gardens.

The ornamental gardener faces a similar shift in the garden’s focus. In our climate, many of the perennials which have filled the garden with color and scent for several months are nearing exhaustion from their efforts. If we shear them hard, many will be able to regrow in our long season to bloom again in the fall. The bulbous plants which have finished blooming should not, of course, be shorn. It is the summer’s green growth which allows the bulb to rebuild its stored strength, enabling it to bloom again the next year.

Some bulbs are at their peak now. The many Hemerocallis, the daylilies, are dramatic in their enthusiastic bloom; their colors range from soft pinks and corals, to melon yellow and lemon yellow and gold, to reds, rich oranges, purples – and even white. I daily scout the scapes for spent blooms to remove, preferring that the plant’s energy continue to be directed to more flowering and not to making seeds.

There are the striking stems of the Formosa lily (Lilium formosanum), sometimes eight feet tall, with multiple large white “Easter” lily trumpets at the top. They set seed by the thousands and are quite hardy in our climate, resulting in the spectacle of dozens of lilies popping up in unusual places. They also appear in the lawn and in garden beds where they are unwanted; these get mown or pulled just like any other weed. I swear each year I will remove the candelabra seed heads before they can spread their seeds, but somehow the resolution to do so disappears as the seeds ripen unmolested and spread.

I have none of my friends’ yearning for the lilac: I have the crape myrtle to enjoy. Lagerstroemia was introduced into the southern landscape from China at the end of the 18th Century, when André Michaux brought them to his nursery in Charleston. This crape myrtle, Lagerstroemia indica, is the old-fashioned species found everywhere throughout the south, often covered much of the summer with panicles of pink, white, lavender, or red blooms. The indicas grow reasonably well in our climate, despite a vulnerability to fungal disease in humid summers.

More recently, breeding programs at the US National Arboretum introduced Lagerstroemia fauriei into the gene pool. This is the Japanese crape myrtle, and traits such as resistance to fungal disease, increased cold tolerance, and dramatic peeling bark have been brought to the characteristics available now in crape myrtle.

The new indica x fauriei hybrids are indeed spectacular, but they seem to lack the brilliant fall coloring of the old-fashioned indicas. The hybrids’ resistance to fungal disease is welcome, but on the old-fashioned crape myrtles growing in the landscape at our old farmstead, we find that the old trees shed their sooty leaves in mid summer, quickly regrow fresh green growth, and develop brilliant red-yellow-orange-purple foliage in the fall. They seem diminished not at all from the annual fungus-initiated defoliation. 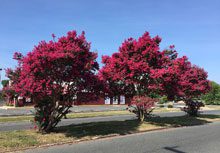 There seems to be something about the crape myrtle which drives gardeners and landscapers to commit gross molestations of any crape myrtle within sight. I know of decades-old plants, prominently planted for dramatic effect, which annually are coppiced – cut down to the base of the plant – to force vigorous new stems to shoot up six to eight feet tall. Huge single panicles of shocking pink blooms form on the tip of each new stem, forcing the stems to bend outward under the weight of the flowers. Municipal tree-care specialists seem especially drawn to whacking off perfectly well-grown crape myrtles at chest height, leaving five-foot bare trunks from which spring the afore-mentioned forced new growth of long slender stems with a giant lollipop on the end. It is emphatic, to be sure, but it looks more like a monumental vase of artificial flowers than the beautiful flowering tree it really should be.

The crape myrtle in its natural state is handsome in both form and flower. Whether trained as a single-trunk specimen or encouraged to grow with several trunks from the base, the form is open and upright. The branching is light but plentiful, somewhat horizontal in growth, while the main trunk(s) continues a vertical push. Instead of a massive football sized panicle of flowers at the end of a stem, the natural flowering form produces smaller panicles at the tip of every branch – hundreds and hundreds of brilliant blooms covering the tree. It is a beautiful and awe-inspiring sight. I cannot imagine sacrificing the brilliance of this show and the graceful texture and silhouette of the natural crape myrtle for the gaudy manipulations of radical pruning. Some, apparently, disagree.

There are summer’s joys to enjoy, even as the gardener contemplates the showy glories of spring, autumn’s hurried rush, and even the singular winter beauty of the camellias. The sun is bright – often too bright, too hot. The shade is all the more welcoming in summer’s heat.

It is fitting to take that moment in the shade. Ahead is yet another season, one with its own accelerating pace to complete tasks undone, to ripen fruits still small and green in the summer. And after that, still another. The gardener will one day add the last of his seasons to his life, but the inexorable progress of the seasons will continue in the garden. The garden, too, will one day see its ordered existence progress toward entropy. For now, a moment in the cooling shade is welcome respite indeed.

The images above are from Wikimedia Commons and are by James Mann and Famartin, respectively. 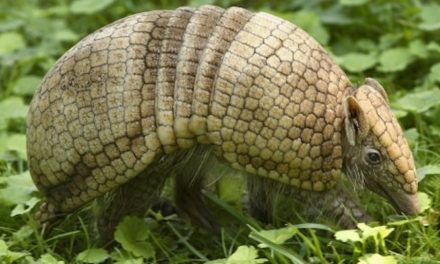 Grubs & Other Garden Nasties (or are they?) 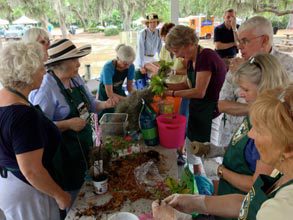 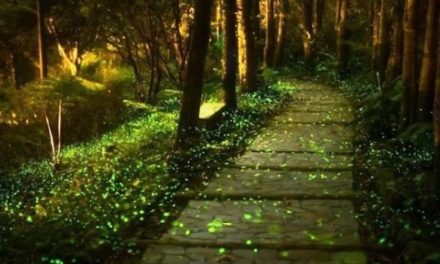 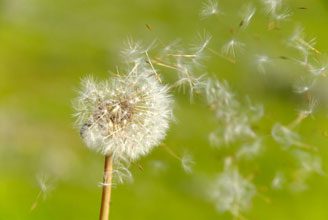 War of the Weeds