Young, ambitious and phenomenally talented, seven traditional musicians from the Emerald Isle have set about to do for Irish music what Riverdance did for Irish dance.

A half-dozen years into their venture, Celtic Crossroads has made its mark, selling out concerts from California to Kentucky and scoring its second PBS TV special.

Audiences in city after city have been roused to their feet by the group’s tempestuous fiddle playing, awe-inspiring guitar riffs and driving rhythms. The Irish music mavericks will bring their new American tour to the Arts Center of Coastal Carolina March 11 and 12.

During the course of the concert, the award-winning artists will play more than 20 instruments, among them whistles, harp, banjo, mandolin, and accordion. Building and rising from a slow groove to thunderous beats intensified by the pulsating rhythms of Irish dance percussion, Celtic Crossroads creates a spectacle full of passion and excitement, steering Irish acoustic music into surprising new territory.

Born in Galway, the home of Irish music, the group came together in 2005 with the idea of taking the art form to a new level. They chose the name Celtic Crossroads, going back to the days in Ireland when neighboring communities met at the crossroads between towns and villages to socialize.

Almost overnight, Celtic Crossroads became a hit and was recognized across the country as one of the few shows the Irish people were proud to call their own. The innovative artists experimented and honed their music over three seasons before crossing the Atlantic to unleash their talent on the American market.

On their first U.S. visit in 2007, word of mouth alone led to a sellout tour. Over the years, the show has evolved into an extravagant musical production with moving lights and three projection screens showing images of Ireland. For the first time, the group will travel with three Irish dancers, among them acclaimed tapper Marcus Donnelly who guarantees to wow audiences with the speed of his feet and his clever dancing tricks.

The hugely energetic artists will start the show with traditional styles of Irish music, playing the same kinds of instruments Irish musicians have been using for centuries, including the bodhrán and uilleann pipes. During the two-hour presentation, they’ll entertain audiences with a mix of instrumentals, vocals and dance numbers.

In March, PBS will film a documentary of the group culminating with their performance at the Colosseum Arena at Caesars Windsor in Ontario, Canada. It is their second public television special. The first, recorded during their World Fusion Tour, aired in September 2010 and was later released as an album.

“We never imagined our street show would turn into all of this,” Crosby said. “It’s been amazing.” 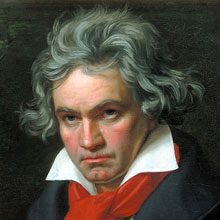 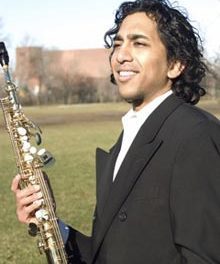