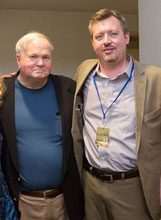 Hundreds of Pat Conroy fans, friends, and family members gathered in Beaufort, SC on Saturday night, October 22 for the closing ceremony of the inaugural Pat Conroy Literary Festival. The program, which took place in the auditorium of the University of South Carolina Beaufort’s Center for the Arts, was intended to share information about the new nonprofit Pat Conroy Literary Center, formed last April as a living legacy to the beloved writer Pat Conroy (The Great Santini, The Prince of Tides, Beach Music, A Lowcountry Heart, and others), who died of pancreatic cancer on March 4, 2016.

Pat’s widow, novelist Cassandra King, spoke about the Center’s mission, followed by USCB Chancellor Emerita Jane Upshaw, Chair of the Center’s board of directors, who received a standing ovation when she announced the appointment of Jonathan Haupt as the Literary Center’s first Executive Director.  “In our discussions of what the Center needed, we wanted someone with experience in literary arts leadership—a person who was creative and innovative with programming, marketing, and communication. We needed a builder who dreamed big but could translate those dreams into reality. We hoped to find someone who knew Pat personally and understood the magnitude of the opportunity of the Center. It was a daunting task, but I am very happy to share with you this evening that we have found just the right person with all of those qualities and so much more in Jonathan Haupt.”

Kentucky-born Jonathan Haupt, 43, has forged a distinguished career in literary arts leadership in his adopted home of South Carolina. Since 2011, he has served as Director of the University of South Carolina Press and, prior to that, as USC Press’s Assistant Director for sales and marketing. Under Haupt’s leadership, USC Press was honored with a South Carolina Governors Award in the Humanities, given in recognition of the Press’s commitment to education through humanities publishing. In 2013, he established the Press’s acclaimed Story River Books fiction imprint, edited by Pat Conroy and named by Garden & Gun magazine as one of the top ten things to love about the South. His directorship at USC Press has been defined by a consistent commitment to serving the interests of writers and readers in and beyond South Carolina.

Newly elected to the board of governors of the South Carolina Academy of Authors (the Palmetto State’s literary hall of fame), Haupt has also served on the boards of the South Carolina Book Festival, Deckle Edge Literary Festival, One Columbia for Arts and History, and Columbia’s One Book, One Community. A proven innovator and collaborator, he has presented at book festivals, writers conferences, and library conferences on topics of author marketing, small press and university press publishing, and literary arts partnerships. With Charleston writer Nicole Seitz he is editing an anthology of essays by 70 writers sharing their remembrances of Pat Conroy.

In his closing remarks at the first annual Pat Conroy Literary Festival, Haupt gave thanks to the Literary Center’s board of directors and the Conroy family for entrusting him to lead this ambitious new initiation. “The Center is striving to fill in that enormous Conroy-shaped hole in all of our lives and our hearts. To play my part in that effort, in honor of my friend and my mentor, is more than an opportunity—it’s a calling. And we’re meant to say yes to callings. A Great yes,” Haupt said. “Pat Conroy’s Lowcountry heart was big enough to include all of us. As a teacher, a mentor, and an advocate, he wanted everyone to find her or his true potential. It’s in that spirit that the Center will take up our mission to continue Pat’s legacy of generosity with readers and writers alike, in and beyond our home here in Beaufort.”

A 501(c)(3) nonprofit, the Pat Conroy Literary Center is located in a historic home at 308 Charles Street in downtown Beaufort, SC.  Its soft opening took place on Friday, October 21 with a two-room exhibit of Conroy materials from the USC Libraries’ Conroy Archive and family collections, including Pat Conroy’s writing desk, the flight jacket of his father (“the Great Santini”), and miscellaneous letters, papers, and photographs. The Center will begin educational public programs and workshops in 2017 and will showcase rotating exhibitions of Conroy materials in its Charles Street location. For additional information, visit www.patconroyliterarycenter.org. 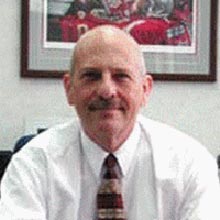 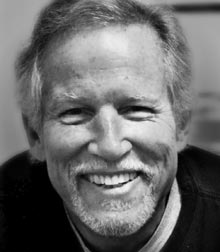 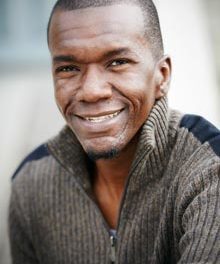 Lunching With Authors for 15 Years