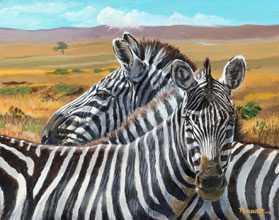 My dad was an artist; he made fur coats during the day and painted with pastels every night. I recall, at the age of two, my father gave me some of his broken chalks and a piece of paper.

My mom gave me the “shirt cardboards” that came with the laundry, to paint on.

As early as I can remember, I considered my self an Artist. In third grade, my teacher had me go around the room during “art lessons” to help the other kids do better. Some of the “other kids” did not like me very much. In school, I spent as much time drawing as I did learning.

It was during the four years of high school when I really made art a priority. My parents somehow convinced the principal that I would be better off having art classes instead of algebra, science and French. Everyone else had one art class a week, but I had two each day. One of my classes was aimed at “fine art” the other was “commercial art.” My commercial art teacher must have recognized my emerging talent… he exposed me to just about every medium and technique he knew about. With his coaching, I won Scholastic Art awards year after year. As a senior, I won a scholarship to the Rochester Institute of Technology School of Art & Design.

In college, I found that, in spite of all my talent, my work needed to get better. My fine art teacher said I should not mix brushwork and palette knife work on the same painting… I dropped his course. I am not sure if I was independent or just plain stubborn. I switched to commercial art and design. I graduated from RIT and immediately went to work doing ads for a retail furniture company. I really enjoyed the mixing of art and words…as well as the salary I took home. I now had a wife and small son to support.

I stayed in the commercial art field for a number of years. I moved my family to New York. Here was the Mecca of advertising. I took to it like a duck takes to water.

I became an Art Director. My drawing skills were very useful in showing clients how nice their ads would look. During this time, I took part time courses at several art schools.

During these lessons, I became aware of the many illustrators that had dominated the art world with their work. One of the agents representing illustrators took me on and began getting me assignments. On one of those jobs, I met a photo retoucher who taught me how to use an airbrush. That was a major change in my career. It was not long before that became my main medium. Now I was an illustrator doing illustrations for several large agencies and publishers. Eventually, I had representation world-wide. Making money doing what I loved.

Then the bottom dropped out. Computers were creating art. The demand for illustrations was being shared with “techies” – people who could not actually draw anything. My agents could only find mostly poor-paying work for me.

Just then, one of my sons bought a motorcycle. “Paint it for me Dad.” I heard that month after month. I was not familiar with painting on metal or curved surfaces. I declined. After a year, I said I would give it a try. I painted his gas tanks. He put the bike on the road and my phone started to ring

A new career. I have painted over two hundred motorcycles. Many of them were shown at bike shows. Many of those I painted won awards. I was a bike painter for a number of years. My clients wanted me to paint what they wanted on their bikes. I painted wolves, lions, dragons, eagles and skulls. I did testimonial bikes featuring famous and infamous characters. Guess what, I found out that I could paint.

So I started doing that on my own. On canvas. On paper. Pretty soon folks were asking me to do art for them. Fine art, for their walls, not their motorcycles Little by little, regular hair brushes have replaced my airbrushes.

Twelve or so years ago, I moved here to The Lowcountry. I have fallen in love with the scenery and wildlife that make this area home for me. I have been painting here since then. I first joined the Society of Bluffton Artists. I still belong to that group and exhibit there monthly. For the last 10 years, I have been painting weekend evenings at The Studio Restaurant on Hilton Head. Many of my paintings are on display there.

Two years ago, I was thrilled to be asked to join the Thibault Gallery, a collection of incredible artists who have encouraged me to expand my scope. I am painting wildlife, real life, and most recently still life. Those famous illustrators, Maxfield Parrish, NC Wyeth and Norman Rockwell opened the door to a world of incredible images and beauty for me.

My background as an illustrator shows in my works today. My work tells a story. Come see.

Stephen Moscowitz is the featured artist at Thibault Gallery through the month of June. He will be there to greet the public at First Friday After Five on June 3rd. Thibault Gallery is located at 815 Bay Street in downtown Beaufort. www.thibaultgallery.com 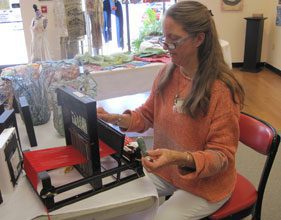 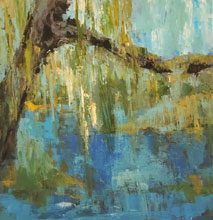