The (Googly) Eyes Have It

What fun. I’m getting old enough to know better about some things, and almost old enough to really appreciate some of the positive changes in our increasingly digitized world. (This while trying not to hurt myself when reaching down to wipe up a spill or getting out of the car, ooph.) Google’s inventions, for example. Most days find me using Google’s search engine to look something up. It’s very interesting and informative, but if anything too easy.

Recent example. I appreciated distantly but was never a real fan of actor Charlton Heston (1923 – 2008), mostly because of his politics. But as we watched him recently, playing the role of Major Matt Lewis in the 1963 movie, “55 Days at Peking,” I thought hmm, he was strong in this part and didn’t he actually have a long, celebrated career in film? A quick Google search confirmed this (Ben-Hur, The Ten Commandments, Khartoum etc.) and more. As one reviewer assessed “55 Days,” ‘Never before was Charlton Heston able to show such an intimacy, so much of human vulnerability in a film. The scene in which he has to tell his best friend’s half-Chinese daughter that her father was killed in action . . . shows how much subtle and truthful emotion [director Nicholas] Ray was capable of pulling out of his actors.’ More Googling revealed that Heston served in WWII in the Air Force as a radio operator and gunner aboard B-25 bombers. This alone, combined with his Presidential Medal of Freedom, made him a big winner in my book.

Well, no surprise, I’m hardly alone in googling frequently. Google now processes over six billion searches per day (nearly one on average for every man, woman and child on earth) and some two trillion searches per year worldwide. Many of these – millions per day – are self-searches, sometimes known as egosurfing or self-googling. Of course one can use other search engines such as Bing and Yahoo. If you’ve got a relatively common name, like Carl Jones, the number of listings can be enormous. Having a not very common name myself, the results should be easier to screen and interpret.

Most people (57% according to Pew Research, up from 47% just since 2006) have looked themselves up using a search engine. I’ve done it several times, just being curious. And I learned three early lessons:

1. It seems that my egosurfing (good grief, what an awful term) skills far outdistance my water surfing or even channel surfing abilities. I’ve gotten pretty good at finding the little Google search box and then typing in my name correctly. And with perhaps a dozen other Jack Sparacinos out there, some with my middle initial, mountains of results turn up – some startling. Like a published newspaper obituary for a fellow in Pennsylvania with my exact name. It reads, in part:
“Mr. Sparacino was a public defender for Westmoreland County and had a private law practice in North Belle Vernon. He served with the U.S. Navy in peacetime and was a member of Monessen Lions Club and the Epiphany Bowling League. He is survived by his three daughters . . . a sister and brother-in-law . . . and by a large and loving family.”

Wow. I almost feel as if I had known him. A potential Navy career held serious interest for me and having daughters would have been great. I never wanted to be a lawyer, though, and some of those personal injury attorney ads remind me that other ventures undertaken were a better bet. But hey, bowling is a lot of fun!

2. Holy mackerel these search engines have long arms. (Hey, remember that DC Comics superhero, Plastic Man? His “malleable physiology” was caused by, ahem, “an accident in which his body was bathed in an unknown industrial chemical mixture”). My search yielded a dingy pile of articles I published 30-40 years ago, many of which addressed dusty topics so distant from my current interests that they might as well have been done by someone else. Plastic Man, maybe.

It’s like looking through a detailed scrapbook that Aunt Busybody surprises you with on a milestone birthday. Complete, sometimes, with ancient photos that made us chuckle. I conclude, though, that people today have very legitimate privacy concerns when it comes to the internet. I’m not job hunting now or having potential employers conducting research on me, but lots of people are in precisely that position and might feel highly vulnerable to having unflattering, outdated, or just outright false information strewn around out there, readily accessible to anyone with a computer.

3. Watch out for e-sink holes – e.g., taking too much time to watch other people’s videos who happen to have your name. (Hmm, how does identity theft fit in to this discussion?) It turns out that I enjoyed watching a 2009 wedding video featuring Jack and Mandy Sparacino, complete with a pretty decent Elvis impersonator singing “Love Me Tender.” What a nice time I, er, he (the other Jack) seemed to be having. All of them, actually. ‘Thank yuh very much.’

But there’s a lot more to Google than the ability to look yourself up and anticipate how others may see you. My hunch is that Google employees were often the smartest kids in their classes (there are about 50,000 employees now so yeah, that’s a lot of classrooms). And perhaps some of the most diligent. How else to account for the gigantic image library that they’ve made available on-line. Type in a subject – any subject – hit ‘enter’ and out splashes a tsunami of photos, cartoons, drawings, the works . . .some quite recent and many others from the distant past. I found a wonderful photo of one our WWII fighter pilots in a 1982 book and then quickly located a perfect digital version of it using Google. There’s also a photo of me from college days that I hadn’t seen in 40 years. Are you guys serious?

I’m concluding that Google has essentially invented electronic popcorn and salted peanuts, all in an internet bucket of e-snacking fun, over-indulgence and risk. The risk, of course, concerns privacy for starters. Fortunately there are ways, not necessarily easy, to edit out or modify the material that shows up during a self-search. You can google them.

The true overall value of Google’s accomplishments could perhaps only be calculated if someone invented a new application of math where decimal points and zeroes can be easily moved around within an extensive matrix of costs, benefits and contingencies. What’s it worth to anyone to be able to look you up on-line and find out just how wonderful you are, minus the costs associated with finding and perhaps acting improperly upon false, outdated, or erroneous material?

Perhaps the wonderful folks at Google could come up with an app for this that we can all take a look at. When they’re not too busy reinventing the world and then flipping it on its head. What do you say we let them use their own search toolbox to help them out. The rest of us can look on with, what . . . googly eyes? 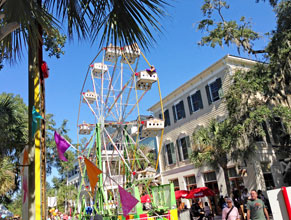 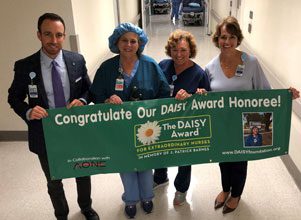