Holes In The Sky

Travel much?  For many of us, a trip to “Shangri-La,” an epically lovely retreat, is on our bucket lists.  For American military personnel and civilians stationed in Hawaii or the Philippines in 1941, such a paradise anchored their life.  Gorgeous scenery, luscious food and drink, sumptuous hotels, friendly people and a relaxed tempo defined their stay.  We’re also talking pristine beaches spanning Hawaii’s eight major islands and the sprawling 7,100 or so islands that comprise the Philippines, most uninhabited.  The sky was the limit in 1941, until the Japanese wreaked havoc, destruction and mass murder when they bore in like termites from hell, savagely attacking the United States and its multicultural friends as Christmas approached.

Historian Gerald Astor provides detailed insight into the Philippines’ social tapestry on the eve of this invasion.  For Lt. Madeline Ullom, an Army nurse, life was grand.   She “spun through a social whirl that included polo matches, jai alai games, golf, swimming, tennis, tea dances, evenings at the Manila Hotel, the Army-Navy Club…  She took trips to local tobacco, hat and hemp factories, toured plantations and agricultural stations, prowled the native markets and stores, drank in extraordinary sights like the bat flights at the Montalbam caves, the numerous active volcanoes … She inspected villages where life had gone unchanged for hundreds of years.” (“Crisis in the Pacific”: New York: Dell, 1996)

Japanese bombers drilled bloody holes in the sky in the Philippines, just hours after they attacked Pearl Harbor.  Army P-40 Warhawk pilot Sam Grashio described the scene at Clark field on December 8: “It was a gorgeous day.  The sky was blue and the air smooth as glass.  Observing the idyllic look of the whole area I still could not feel that I might become personally involved in a shooting war at any moment.  It may seem incredible that anyone could have been in such an abstracted condition eight hours after Pearl Harbor but I accepted the fact of war only when it hit me in the face, and there were many like me.”

The intercontinental skies cleared markedly after the Allies retook the Philippines and won the war.  Since then, cascading crises have rocked the world, though dappled shafts of progress have shown through on many fronts: diseases conquered, vibrant new industries launched, the cold war voided, societies uplifted by technology. News coverage has benefited from some of this technology, but also placed many of us in the hot seat of negative information overload.  There are so many holes newly ripped in the sky, so to speak, it must surely be falling or quivering on the brink. Examples are all too easy to list, many of which rock our core values, sense of security and well-being:

–         The refugee crisis in Europe, fueled by the psychopathic savagery of ISIS, is as bad as any since WWII.

–         For all the benefits of hand sanitizer, it has become a menace among the many children who ingest it.  Since 2010, poison control center hotlines across the United States saw a nearly 400% increase in calls related to children under 12 drinking the widely available goo.

–         We are in danger of no longer being able to elect a great president like Washington, Lincoln or FDR.  Several of the early 2016 election season front runners are openly unqualified, either holding patently untrue beliefs (at least one says that vaccines cause autism, another believes the Earth is only 6000 years old, several deny climate change) or having no relevant policy experience.  The upside down American flag shown in the beginning of “House of Cards” is telling.

All these holes in the sky, if I may continue the image, are dispiriting.  In desperation, I first turned to modern technology to see if there might be a handy solution.  If we Americans are anything, we’re creative, right?  And hardly anyone actually likes leaks.  Several products looked promising in my frantic search for sky patches.

Here’s one: Permatex® Spray Sealant Leak Repair.  It’s great, a sprayable sealer that “forms a durable rubber barrier that stop leaks in minutes. The wicking action seals hard-to-reach leaks without the need for disassembling or removing parts. Designed specifically to target low pressure leaks in hoses, oil pans, differentials, … PVC and metal pipes, their connections and much more!”   Sounds wonderful.  Maybe it can even contain unseemly leaks to the press or the toxic drivel that often leaks from the mouths of politicians.

Here’s another: EternaCaulk, a “high-performance, multipurpose, thermoplastic elastomer based sealant.” It provides excellent adhesion to most roof surfaces, including metal, plus wood, concrete, tile, masonry, even glass.   Sounds pretty great, yes?  Maybe this stuff can be smeared on television cameras, cable TV receivers, and smart phones.  You know, to help keep the evil sounding barrages of horrible events from dripping into our lives.  Just a thought.

Orrrrrrrr, in an effort to get away from hardware store solutions, we could further enlist the remarkable power of… DOGS!  It seems like every day we hear more wonderful stories about their glowing essence, including their nearly magical abilities to nurture the human soul.  Best of all, they almost seem programmed to find us, to rescue our hearts, help reclaim our imaginations.

Many of us were touched recently by the story of David Sowers, his girlfriend Laura Gillice, and Sowers’ 18-month old dog Jade, an Australian shepherd.  While driving through Yellowstone National Park, their truck suffered a head-on crash when the other driver fell asleep at the wheel.  Jade tore away from the truck as park rangers tried to free her from her crate which crumpled in the collision.

And she disappeared.  After repeated attempts to locate each other and hundreds of miles of driving, Gillice spotted Jade (who had lost weight but was otherwise alright) while walking her own dog and they were all reunited.  As Sowers explained, “I feel like my life’s been on hold for 42 days while I’ve been looking for my lost dog.  Now my life’s finally back to normal again.”

Another solution comes to mind here.  We can all do a better job of reaching out to each other.  Mr. Sowers received a lot of support from people who were concerned.  They just didn’t let all those holes in the sky get the best of them or their sense of what’s right, what’s truly important.

We can also act on Pope Francis’s words of encouragement that we better protect the poor, the vulnerable, and the world—our “common home”– that we all share.  Surely he is right.

These last few thoughts give that trip to the hardware store for some sealants a different twist. Lots of stuff in our lives will still leak, but our hearts can be self-sealing, dogs teach us about commitment, and the better angels of our nature can show us a better way.  We should “Reach Up and Touch the Sky” as my new favorite band, Southside Johnny and the Asbury Jukes, might say.  And while we’re at it, patch up a few more of those darned holes. 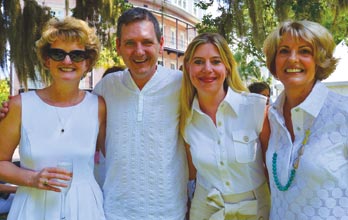 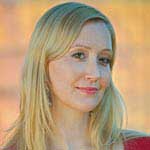 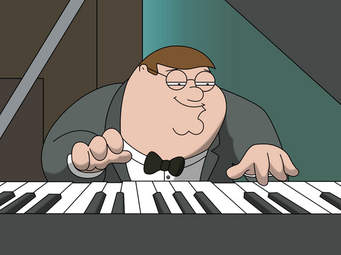