Don’t be Stupid with Your Smartphone 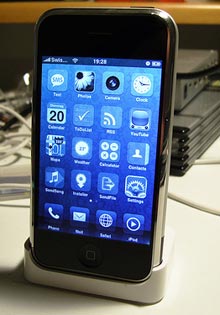 Most of my articles are upbeat, positive and for the improvement of

the community. Rarely, if ever, have I written an article to create fear. And I won’t do so now. I will, however, write about ways to protect yourself… for the overall safety of our hometown. Trust me, I’m speaking from experience.

We live in a day and age that demands instant communication, whether it be via text, email, phone or Facebook. So what do most of us have now that accomplishes all of this? You guessed it. Smartphones. They certainly are sexy, aren’t they? They’re fast, smart… dangerous.

Think about it. One phone has the capability of storing all of our bank account information, our passwords, every contact we’ve ever had, and performing all the tasks we’re able to do on a secure computer network… but on a mobile connection.   Our phones are now more powerful than our desktops. As always, when one utility gets increased power, it also suffers from vulnerability. When you have so much information stored on a mobile phone, it becomes a target for a variety of reasons.

There is not one psychological make-up of a hacker. They come in all shapes and sizes. So that makes us all targets, even if we’re average joes or janes. Who knows what information someone wants from us? But if they want it bad enough, they will get it.

As you read further, you will be shocked at how easy it is to hack into any smartphone like an Android, Palm Pre, Blackberry and the infamous iPhone… the phone that changed our security forever.

It could be a jealous boyfriend, divorcée or unfaithful spouse who wants to find out where you are… and where you are not. It could be Law Enforcement seeking details… not about you, but possibly someone you know. Or, even scarier, it could be a criminal seeking details from Law Enforcement. The initiative to deceive, rather than the reason for it, is enough to make you question someone’s character – morally, ethically and legally.

Threats to mobile security can be very simple to very complex, involving Trojan horses, viruses and third party apps. If you’re close to someone, it can be as easy as obtaining your phone and quickly getting a few bits of information, then manipulating phone specifics to track your location, forward phone messages or check emails and Facebook messages.

More sophisticated hackers place spyware applications on your phone that are undetected by antivirus software. And the most dangerous hackers use Wi-Fi capability to attack phones within the vicinity without the user ever knowing.

The following two scenarios are examples that describe the ease of hacking texts within a smartphone:

How to Hack a Smartphone, Part 1 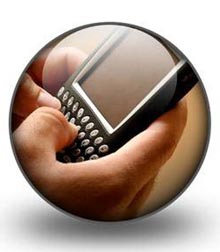 two phones. One phone acts as a GSM modem for the laptop and the other phone is the hacker’s personal phone, which is used to receive information. A third phone, which is a target device, becomes the phone ‘under attack.’

What is commonly known as a ‘Midnight Raid’ is often pulled off during the night when the phone’s user is asleep and the device is still turned on as it is charged, or simply left on the nightstand.

The hacker sends a simple SMS, which invokes Internet Explorer on the attack device. Then the hacker runs an application on the attacked phone that retrieves data. The SMS comes back to the hacker’s phone with the attack phone’s INSI number; the phone’s unique ID. In this scenario, a hacker can also steal contact lists, push viruses to the device under attack, and even initiate a denial of service attack.

How to Hack a Smartphone, Part 2

In a controlled message attack, a criminal can change the control settings of a device without the user having any knowledge. A hacker can easily uncheck SSL (Secure Sockets Layer-the standard security technology for establishing an encrypted link between a web server and a browser), leaving the device vulnerable with no encryption. By delivering a wipe command, a hacker can remove all stored information from the device. Wipes like this can also be pushed to all devices contained in a hacked phone’s contact list.

These two examples of attacks prove that texts can no longer be considered safe. And these kinds of hacks are unique to smartphones, because PCs don’t have SMS capabilities.

Unfortunately, a hacker can do so much more than retrieve texts. They can hack satellite dishes into Wi-Fi signal boosters, giving access to multiple smartphones at one time. They can listen to phone conversations, retrieve confidential data relating to bank accounts and manipulate friendly apps to spy on your every move. Basically, they can become you in an instant.

And don’t think all of the stored information is on a hacker’s desktop. External hardrives can be hidden in personal vehicles, undetectable phones and remote controlled devices, among other secretive spots. If a hacker is investigated, you can be assured they’ve taken the necessary precautions to avoid getting caught. And that’s what makes this crime (or disgusting habit) even scarier. If they’re smart enough to hack, they’re indeed smart enough to hide their tracks.

So what can you do to protect your privacy and identity?

Precautions to take to stay safe from hackers:

• Stay current. Make sure your laptop, smartphone and tablet is up to date. Don’t use old versions of your operating system and Web browsers.

• Use a VPN on your phone. Virtual private networks can be set up for personal, as well as corporate, use.

• Name your home network. For your home network, don’t use the generic name, called the SSID that came with the wireless router. Hackers will often create Wi-Fi networks with names like “wireless,” “default” or “linksys” (named after a router manufacturer), because most wireless devices are configured to automatically connect to networks that they’ve used in the past.

• Give Wi-Fi a rest. Turn off your Wi-Fi capabilities when you don’t need to connect to the Internet.

• Set a password for your voicemail and use it…every time you check a message.

• Install a wipe application. Remote wipe means that if your phone is lost or stolen, you can remotely clear all of your data–including e-mail, contacts, texts, and documents–off of the handset, thus keeping that information out of the wrong hands.

•You can only get iPhone apps from the App Store, but Android apps are available outside the Android Market. Only install apps from trusted sources.

• Every time you install an Android app, you have to approve a list of permissions. Don’t just click to allow them all. Read the entire list. If you find something illogical, like a flashlight app asking for access to your email contacts, cancel the installation.

• When your smartphone’s operating system gets an update, it almost always includes patches for security flaws. Don’t delay; always install updates as soon as they’re available.

• Turn off your location settings while not using GPS features.

• Take necessary precautions on all your devices, especially your children’s. Phones, laptops, tablets, iPods, Wii’s, cameras, Xbox’s…anything that can connect to the internet wirelessly is a potential target. www.kids.gov is a wonderful government website that explains internet and cyber safety.

• Lastly, talk to your provider. If you have any suspicions of strange activity or privacy violations, go to the nearest store and ask for help. Even if you don’t have suspicions, it might be a good idea to get your phone up to date. Take as many precautions as possible to avoid social or criminal hacking.

A person may want to get into your phone for a variety of reasons. As mentioned before, the cyber stalker could be a pervert, an investigator, a gossip, a cheater, a thief or just plainly… a creep who lacks a sense of moral responsibility or social conscience. Beware, protect yourself and safeguard your identity. The world is a much better place when we don’t have to fear it. 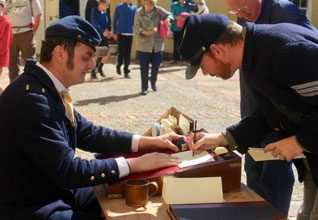 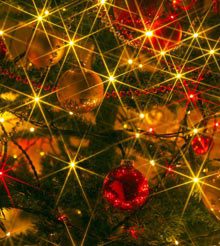 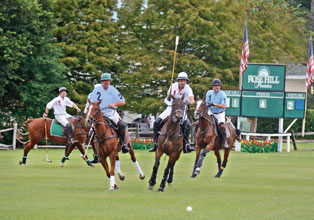 Polo for Charity at Rose Hill 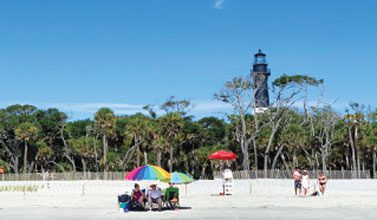 The Return of Hunting Island