Buddy, Can You Spare a Compliment?

The world of customer feedback has come a long way. If we circle back to around 1900, the life of many working Americans was bleak if not simply miserable. Sweat shops that we now only read about were a grim reality in New York and many other cities. Entire families worked backbreaking, soul destroying hours –up to 18 at a time – in conditions so foul and unhealthy as to demand outcry and immediate action.

We are blessed with fine writers in this country, few as monumentally talented as Doris Kearns Goodwin. Her latest book, “The Bully Pulpit” (2013, Simon & Schuster), chronicles the heroic war against corporate abuses fought by Teddy Roosevelt, William Howard Taft and the incredible “muckraking” journalists who worked for another force of nature, Sam McClure at McClure’s magazine, such as the spectacular Ida Tarbell. Back then, companies and corporations didn’t conduct customer or employee surveys. They made and sold products, whether they were effective or safe or not. Reasonably priced or designed to gouge. They made or missed their revenue targets and life went on, for better or worse.

Those early reformers made amazing progress over the years despite a blizzard of obstacles. Today, companies routinely conduct customer surveys. Amazon.com is terrific at this. Hotels and motels leave those little cards for us to fill out and one hopes someone not named Winkie or Buzz or some such thing will give them a thoughtful read. The U.S. military conducts surveys, too, including the practice at Fort Bragg of canvassing soldiers about the new, healthier cafeteria fare.

Some companies have institutionalized the practice of polling downstream departments and work groups about their upstream, internal suppliers’ performance. Manufacturing teams, for example, are asked their views of the quality of the designs and work instructions they receive from engineering groups. Here in Beaufort County, we’re often asked to rate the performance of various suppliers and purveyors. We respond, and hope someone is listening and will take the appropriate steps to make needed improvements.

But in our everyday lives, we also wield a heck of a tool for change in the form of direct customer feedback. Someone does a service for you and it’s wonderful. How nice to be able to tell them on the spot how much you appreciate their good work. Too often, I worry, people in a hurry neglect this step or gloss over it. The recipients, however, are seldom gloss proof.

A few examples of providing feedback for jobs well done might help here. Several, like this one, come from friends: “I got up earlier than usual today as the security alarm guy came at 7am to replace a battery. He was so professional and knowledgeable that I decided to call his manager to give him a commendation (as they call it). The supervisor seemed surprised that I was calling to say something positive about an employee, as he is used to getting complaints but not accolades about personnel.” And this one: “I called the police department to let them know how professional the policewoman who responded to my car accident was and they seemed so appreciative of the call. We are all so quick to complain when something’s wrong, but not always so quick giving compliments to people who go above and beyond or just do their job well.”

Here’s a personal example. My wife Jane recently purchased a lightweight tablet at Best Buy which is technically pretty slick and will therefore remain beyond my grasp other than maybe doing a few basics like checking the weather. Or finding a recipe. We had such a positive experience with the sales lady that we wrote her boss a very complimentary note while we were still in the store. The sales lady beamed at the very idea, as if it doesn’t happen very often if at all. The note took all of two minutes. Time very well spent.

Jane also located a masseuse who makes house calls and is very good. Turning a virtual hat trick, she then found a woman who will come to your home to cut, color, or style your hair. They are both very nice and extremely customer focused. Even our dogs seem to like them, which is always an interesting litmus test. Super feedback was the order of the day.

Of course sometimes the feedback needs to be negative. We’ve had service people who never showed up or bothered to call and say they couldn’t make it (not so much in CT as I recall but that could be age). This just happened to friends on their way home from overseas. Their driver got them to the airport in fine shape but didn’t show up to meet them as arranged when they came back. Nor did he answer their repeated calls. They managed to get home by cab but were outraged at the indifference shown by their original driver. I offered that maybe some personal issue came up that was beyond his control. But it’s now been over a month and one would hope some kind of message would have come to their attention.

It seems like we do a very good job giving feedback to children. At school, on the playground, on the soccer field for instance. We cheer them on, offer constructive criticism, applaud their successes and give out trophies. Put them in the paper sometimes; tweet or Facebook them to the high heavens. When I was a kid, we used to get stickers sometimes on our class assignments. Little bluebirds and robins and such. It was nice. I still remember those teachers and yes, even Mrs. Kerr who thought I was too lazy in fourth grade and cranky Miss Brotzman in high school who slammed me (oops, provided negative feedback) in freshman English class. She thought I was a poor excuse of a reader or writer. (Should I try to contact her or has the statute of limitations run out?)

I guess I’m just thinking that we all deserve constructive feedback from those we work with, live with, or do business with. A pat on the back often feels like a lot more than that. It encourages us to keep doing the right things and maybe even get better at them, tells us that our efforts are recognized and appreciated. That can feel better than a raise (well, almost) and the better bosses know that. “Nice report, Ken, keep it up.” “Great looking design, Karen, you have certainly come on strong this year.” “Gee, Barbara, I don’t know who else could have made that sale. You did great.”
We’ve come a long way in this country since Teddy Roosevelt and the muckrakers let the viciously callous trusts, monopolies and unfettered tycoons know that Americans deserved a “square deal” and weren’t going to stand for such abuses as children rolling cigars for pennies a day nearly around the clock in squalid conditions. But we’ve still got some ground to cover, some people to reach out to and offer a personal reaction to for their efforts. It only takes a minute, sometimes just seconds. Surely we can all spare it. 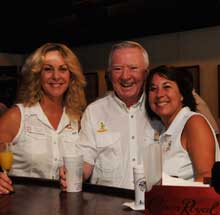 Tribute to a Genuine Beaufort Inspiration 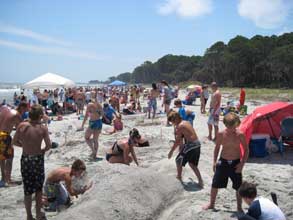 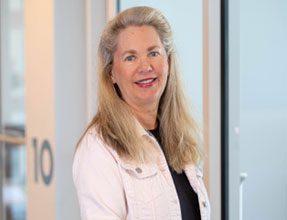