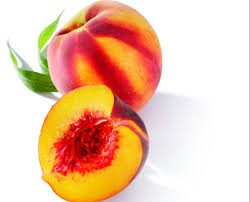 Jerry Sanders turned hard onto Route 217, his freckled hands soft on the battered van’s wheel. At 81, he was still sharp enough to drive though he usually wasn’t so sure where he was headed. He glanced at his wife Barb as she turned down the blasted radio. “Don’t we have any decent CDs with us? And I’m hungrier than a spider monkey. . . maybe we should pull over into the next mall while they’re still around. I read the papers, you know, and not just the obits. Malls are headed south, Barbie.”

“Who you calling old? Didn’t we just get out of high school or was that, uh, like 60 something years ago, not long after Korea?”

It had been a very long time at that. She was a lovely lithe brunette then which seemed odd given how burley and knotted her father was, especially after a sweaty day working as a nut processor and distributor. Need a hundred pounds of walnuts for your next batch of chocolate fudge? Five hundred pounds of peanuts for your better than ever peanut butter run? Ben Cavett was your man. She tried to learn the family business but it started to compete like fire ants at a barbeque with her need to settle down and raise a family. Jerry got smack in the way, though she never saw it like that.

Jerry loved his little Barbie even more than his favorite dogs over the years, even fun and faithful to her last breath Maggie, and that was going some. He loved her smoky smile, her slender tanned fingers, the faintest half shadow of fuzz (if the light was just right) on her arms and cheeks, just below her ears. She always knew just how to wear jewelry so that it never jangled or clanked but hung like tiny stars on a clear moonless night. Jerry towered over her, his thin rusty hair now long since turned the color of an aluminum pan. He had the long muscles of a farmer or rancher though he had never worked outdoors aside from a few summers in his youth. She loved him like warm chili with a little kick on a snowy day. Their best jobs, they always said, were taking care of each other.

“Just pull over already. Then the next time we see a peach stand le’s stop. We passed Pat’s Peaches awhile back and now I wish we’d gotten some.”

“OK let’s try up here. That colonel’s looks like a good bet and they’ll have a bathroom for you.”

They found the KFC easily as it was clearly visible from the road. They ordered their lunch – she always wanted double mashed potatoes and shared the extra crispy chicken bite for bite. The couple seated behind them seemed to be thrashing out an endless argument though they tried to ignore them. A quaint little Mariachi band would have made for more soothing background listening but they felt all the better for their great good luck in finding each other. As they finished, Barb reminded Jerry to wipe the gravy off his mouth. She never changes, he thought, as he smiled that awfully familiar little kid grin she knew so well.

“Good job, Jerry, I feel a lot better now. Next stop Macon after those peaches.”

“We’ll be there in a couple hours old gal.”

“You made reservations, right?”

Slumping over the wheel, Jerry’s Cat hat fell off. He bashed their red GMC Savana van into a massive pecan tree, the front left tire exploding in a frenzy. The airbags seemed off duty.

The birds stopped singing, the bugs took a timeout, so it was easy to hear their Joe Bonamassa CD churning away. The blues always sounded better without those darned birds, gorgeous as they were, talking over his guitar and raspy voice.

This train don’t show no mercy

This train doesn’t have a name

This train coming down from Memphis

Jerry died instantly, blood drooled down his chin. Barb went down for an 8-count then slowly drifted back. Her first fog bound thought was about those peaches. They were especially sweet in these parts. 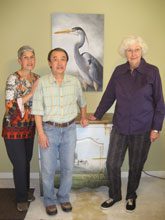 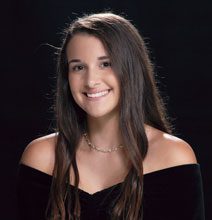 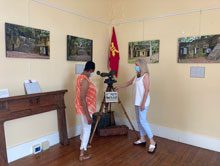 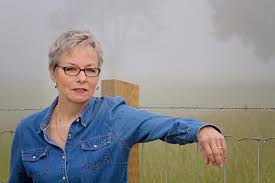