A Course in Vibrant Living

Upcoming workshop at TCL will help you unlock the Power of Now.

Various historical figures have suggested that we are powerful beyond all measure and are creating our own realities with our thoughts, but science is actually beginning to be able to prove it in pioneering feats of reverse engineering! Via self-awareness and the powerful effects of our collective consciousness, we can start manifesting the lives of our dreams as soon as we begin to try!

Between the pop mass appeal of modern gurus such as Eckhart Tolle, and the brazen science of some our most intellectually elite, such as Stanford University’s own Dr. Bruce Lipton, PhD, everyone’s preferred form of ‘proof’ of such phenomena should eventually be covered.

Basically, whatever we focus on expands. Our attention is our own personal magic wand creating our individual realities, and our collective attention has created the world as we’ve come to know it. I use the word “magic” because when compared to how we’ve been thinking of ourselves – and what we’ve been doing up until now – the immense potential lying dormant within us all, just waiting to be set free, is magic! Over the course of the intelligent evolution of mankind, we’ve undergone numerous upgrades to our species, but we are presently in the midst of a phenomenal consciousness upgrade as a direct result of our dramatically improved awareness of ourselves.

The perceived ills of our world up until now have been the result of our collective ignorance concerning only the most basic queries regarding what we are and why we’re here. We became so frustrated with the contrast between what we saw and what we felt that instead of doubting what we saw, we began doubting ourselves, and many simply gave up. The frustration and outright anger regarding ourselves has manifested itself into the hard-to-love aspects of the world we see now, but thanks to emerging new intelligence and the profound connections we can now make, all we have to do is simply choose to address them once again to expedite the path to not only an exceptional personal freedom, but an extraordinary freedom for the rest of the world, as well. Below are some of the reasons I think this is so:

With the help of the modern feminine phenomenon we call Oprah and her worldwide online classes, Eckhart Tolle successfully captivated the world with his bestselling books “The Power of Now” and “A New Earth.” Tolle paraphrased centuries of spiritual teachings revealed by prophets from all over the world throughout history to effectively communicate a much needed modern application to the masses: the imperative that we be vigilant of our thoughts, mindful of our breathing, and remain in the present moment! His concepts regarding consciousness are so popular simply because they struck such a deep chord within the masses. More people than ever are now confident there is something important for us to remember, and that through the memory of our highest selves, we can literally create an unprecedented future for us all on “A New Earth.”

Probably one of the most fascinating scientific discoveries of our time was Bruce Lipton’s discovery that we are not victims of our genes! As opposed to the dominate belief in a one-way signal pathway from our genes to our fates, Lipton discovered dual signal pathways both to and from our DNA. Turns out signals from outside a cell are required to turn DNA on and off, and our beliefs control those signals. So, when we change our beliefs, we can change our lives! Furthermore, he found that we can rewrite old genes and create new ones! This is an enormously profound discovery for both you and your family!

Lipton’s theory expands on the observation that humans are perfect metaphors for cells by explaining that we are, in fact, the ‘microcosm of the macrocosm’ on an infinite journey, based on fractal geometry, through space and time, engaged in a seemingly endless effort to increase our awareness. He uses quantum physics to emphasize the interconnectedness of everything we are and see. Coming from a PhD at Stanford University, this is a big deal! Apparently, as the Easterners have been telling us for centuries, we are all indeed One.

Despite some of the most popularly held beliefs, a distinct few still have their hearts fixed upon one of the most profound implications of the latest science: world peace. Yes, world peace. At this particular nexus in time on this particular planet, world peace is neither a lofty vision, trite slogan, nor unreachable objective, but, rather, a tangible, attainable goal being recognized first and foremost by only the most progressive thinkers of our time. After centuries of paradoxically meaningful blunders throughout our world’s history, and between the scientists and the prophets, an implementable strategy has now been recognized and begun.

There’s a perpetual abundance of new information emerging from all over the world to complement and enhance the best of our history, and I’ll be teaching a progressive and informative class about it all called “Vibrant Living” at the Beaufort and Bluffton campuses of the Technical College of the Lowcountry on February 6 and 7, 2010. Each all day workshop is $75, and you can register by calling 843-525-8205 or visiting www.tcl.edu/Continuing_Education/PersonalEnrichment.asp.

Learn the techniques you’re going to wish you were able to use a long time ago! We are far more powerful than we think.

Chelsea Langan is a graduate from the College of Charleston, a freelance writer, and a PSYCH-K facilitator. She has studied extensively in the works of Bruce Lipton and Eckhart Tolle. 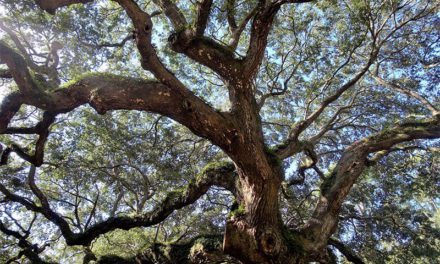