A Story By Jack Sparacino

Joanna Ciampa, the fearless muralist and designer, trembled on the phone.  It may have been a first for her.  She put “Hurricane” Jane Fleetwood on pause just long enough to speak with the hospital staff where String Bean was being treated.  “She’s ok now, Miss Joanna,” said Nurse Gail Forze.  “She can be discharged shorty if she has a ride home.”

“Colonel Fleetwood, I’m so sorry but something huge just came up.  Can I call you back in a couple minutes?”

“Sure, darlin’, I’ll just be waiting by the phone like a cute little thang during prom season.  Don’t mind me, just my sense of humor.  Call me back.”

Sarah “Slingshot” Fiedler and Melody Danforth met Joanna in the waiting room with grins as wide as a desert sunrise.  They galloped into Room 20 like the cavalry on vacation.  If they’d had a bugle, Sarah would have blown its brass brains out.

Carla was already half dressed, ready to sign the paperwork, and never looked more glorious to them.  “Hey, boss, what’s up?” chirped Sarah and then began to cry uncontrollably.  They mobbed Carla and then Dr. Backer as he strolled back into the room.  They fancied him the best looking, most charming guy they ever saw.  “Holy crap, doc,” said Sarah, “what the hell happened to her? Excuse me, is she really okay now?”

“Well, everything checked out alright,” said Backer. “We don’t really have a diagnosis except for a while there she looked like it may have been PTSD.  With you guys tug boating her home, she’ll live to fight another day.  No more beer for her for at least a few days, ok?”  Sarah jumped on that.  “What, not even if it’s good imported stuff and she’s really thirsty?”  “Not quite, but nice try, Miss…”  “Sarah, doctor. My friends call me Slingshot.”  “Just offer her water or decaf tea and some broth to start, Miss Slingshot, maybe a cup of ice cream or pudding a little later.  Go slow with her for a few days.”

Back at Carla’s sprawling condo on Charleston’s glorious King Street the team treated her like a queen.  Sarah helped her pick out some pajamas and a robe.  “Hey, Sling, I’m not crippled you know.”  Sarah grinned and looked into those electrifying green eyes.  “I know, boss.  Sorry about that.  By the way, if you were a guy I’d ask you to marry me.”  “You can do better than that, kiddo.  People tell me I snore.  And bite.” They laughed like a couple of wacky cartoon characters on a Saturday morning show.  “That’s what muzzles are for, Carla.  I’ll get you a real pretty one.”

Joanna slipped into the guest bedroom and got Hurricane Jane back on the phone.

“Fleetwood.  Oh hello again, Joanna.  Sure, we can meet briefly for coffee, what did you want to talk about?  Let’s keep it simple and get together in my office. My man Dan Carter makes great coffee. Brings in homemade blueberry muffins sometimes, too.  I’ll tell him you’re coming.”

Dan set up the meeting for the next morning.  Joanna had asked if she could bring Melody and they showed up five minutes early.  “What, you’re that hungry for Dan’s muffins?” Her lightly clanking designer jewelry and perfectly done hair convinced them they were in the right place.  The lush office and fresh flowers didn’t hurt either. Joanna spotted purple orchids and an orange hibiscus on the window sill.  She envisioned a slightly abstract painting.  Flowers and a jester.

“What should we call you, ma’am?  Colonel Fleetwood, Hurricane?  What’s good?”

“Miss Jane will do just fine for now.  They called me that as a high school model in New York back in the day and I got to like it.  Some of my people use it here in the office.”

“Ok, Miss Jane it is,” Joanna began.  Her beautiful yellow blouse fell well short of covering her tattoos.  She took a long sip of coffee.  It tasted heavenly.

“We’re business women, too.  Not exactly like you, but we like a good challenge and making some money while we’re at it.  I do fine on my own as an artist but for a really huge payday I like to team up with Carla… D’Andrea, our boss… Melody here and Sarah Fiedler.  Sarah’s back at Carla’s condo taking care of her.  She just got out of the hospital and insisted we contact you.  She said we needed some ‘executive guidance’ and figured we couldn’t do any better than you.”

“It sounds like maybe you’ve gotten yourselves into a little trouble, am I right?”

Ever candid, Joanna said “Well, almost got ourselves killed in a little, ok not so little, explosion at a bank.  Some sniper guy took some shots at us at Carla’s place, and then RPG’d us at Melody’s house.  Her sleazy boyfriend got himself a little dead but we think his cat may have survived and somehow so did we.  We’re gutsy and tough and don’t mind taking a few risks but this is getting a little old, you know?”

Jane leaned back in her leather chair and looked at them like errant school children.  “So you think you could use some oversight and a few new ideas, is that it?  Or are you scamming me?  And by the way, did anyone get killed at the bank you mentioned?”

“Well, not that many, Miss Jane, and we’re here on the level” said Joanna in a slight dodge.  “We really need your help.  We can pay, you know, whatever you charge.”  Colonel Hurricane Jane Fleetwood, now a senior vice president, laughed until her eye makeup started to run.  She reached for a Kleenex.

“You guys kill me.  Ooh, bad choice of words.  But sure, let’s talk.  Tell me something about each of you, the good, bad and ugly.  Don’t skip anythingimportant about Carla.  Was it String Bean you called her?  Where’d that name come from?  Describe her background, especially anything military.  Criminal history if any.  Under the radar wet work.  Her preference in weapons and explosives.  Credit history.  Lovers. Kids.  Enemies especially.  Remember that Paul New man quote?  A man with no enemies is a man with no character.”

“We’re gonna need more coffee for all that…” Melody interrupted.

“What brought you all together and what the flying fu… excuse me, what brought you to this moment?  Do I scare you a little?  Some of my people secretly think I’m a creampuff to work for.  I like to think of me as a steel creampuff, Captain All Hands on Deck.”

They loved this hurricane woman instantly.  Her poise, her wit, her attractive charm, her success, and the cat4 hurricane in-your-face blast of questions.  Her flowers felt like spring and ignited their senses.  Jane might be just the hell what the doctor ordered.

Dan brought in more muffins, warm this time.  The ladies ate them like it was their last meal. 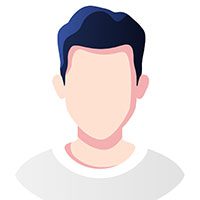 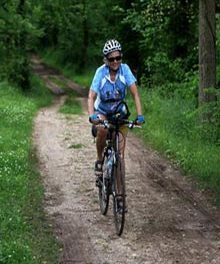 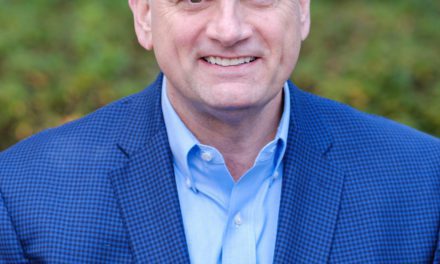