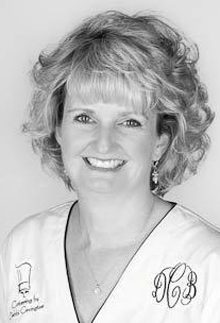 I loved cooking for my father!  Daddy’s favorite foods were few in number, and as a young girl, they were the first things that I learned how to prepare.  Almost every Saturday morning, when I was in junior high, I used to bake a chocolate cake with chocolate icing.  The cake would still be warm when Daddy came in around lunchtime expecting a slice.  I can almost hear him saying “Sugar, is that cake ready yet? How about a taste?”

On Saturday nights, when I was a very little girl, Daddy would let me go outside with him to cook rib eye steaks on the grill. Sometimes we would eat in front of the television while watching Lawrence Welk and The Honeymooners and later, Hee Haw and Sanford and Son.  We always had an appetizer of sour cream mixed with dried chives served with Mister Salty pretzel sticks while waiting for the potatoes to finish baking.  My daddy loved Italian food, too! When traveling to visit my grandmother, we would often stop in Fayetteville for spaghetti, buttered Italian bread and a tossed salad – always with French dressing.  One of Daddy’s favorite foods was potato soup.  He actually used to eat it spooned over slices of white loaf bread!  Growing up in Wilson, barbecue capital of North Carolina, pulled pork barbecue was a staple. Family dinners from Parker’s Barbecue were typically “combination” dinners that included fried chicken.  Daddy always requested a “long leg.” (A thigh or breast was out of the question!)  After dining, Daddy would pass out miniature York Peppermint Patties to everyone in our party.  He liked his coffee hot and black. He ate crumbled cornbread and milk out of a glass. And, he had a knack for leaving a trail of Hershey’s Kisses (better known as “silver points”) wrappers around the house and tangerine peels in the decorative dish on the coffee table.  I miss cooking for my Daddy!  The last time that I cooked for my father was during his birthday weekend in September of 2008.  He requested a coconut pie. I baked two (one to eat, one to share) and of course, he ate both of them.  I have very happy memories of cooking for my daddy and would like to share the recipes for some of his favorite foods with you.  Happy Father’s Day to our fathers everywhere, the ones here on earth and the ones in heaven! 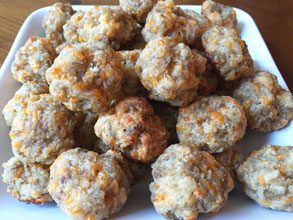 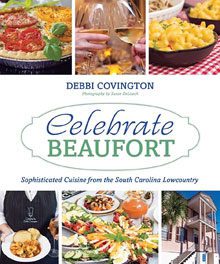