Comfort in a Bowl

What could be more comforting than a fragrant and hearty bowl of soup? Soup has the ability to warm your heart and lift your spirit!

Much of food conversation these days tends to be about comfort food. Unfortunately, the un-comforting problem with most comfort food is the sad reminder of all of the carbohydrates and calories I’ve consumed when I’m standing on the bathroom scale. I love pasta, potatoes, dumplings, breads and all of the yummy foods that I still crave, but somehow over the years, soup has turned out to be my number one food for comfort. And, soups tend to be lower in fat and calories than most dishes we consider to be comfort foods. These five soups are delicious,  comforting and perfect for our cool fall weather! Most can be made ahead and heated through just before serving. Bon appetit!

Preheat oven to 350 degrees. In a large soup pot, melt the butter. Add the onion, carrot, garlic, thyme and coriander and cook the vegetables until softened, about 3 minutes. Add the stock, beans and ham and bring to a boil. Cover partially and cook over moderate heat for 20 minutes. Meanwhile, toss the bread cubes with the olive oil and paprika and season with salt. Spread on a baking sheet and bake for about 10 minutes, stirring occasionally, until toasted. Remove ham from the soup and cut into 1/2-inch pieces. Discard the thyme sprigs. Working in two batches, transfer the soup to a food processor and puree until smooth. Return the soup to the pot and stir in the diced ham. Season the soup with salt and pepper and ladle into bowls. Top with the croutons and scallion and serve. Serves 6.

Bring a medium pot of salted water to a boil. Stir in the rice and boil until almost tender, about 10 minutes, drain. Coat the salmon with the soy sauce and sesame oil. In a large pot, combine the cooked rice, cilantro stems, ginger, salt, chicken stock and water. Bring to a boil. Reduce the heat and simmer, covered, stirring occasionally, for 15 minutes. Add the salmon to the pot. Simmer, covered, until the salmon is just done, about 5 minutes. Remove the cilantro stems. Serve the soup garnished with the cilantro leaves and callions. Serves 6.

2 tablespoons butter
1 onion, cut into thin slices
1-1/2 teaspoons dried sage
1 pound sweet potatoes, peeled and cut into 1/2-inch pieces
1-1/2 quarts chicken stock
2 teaspoons salt, divided
1/4 teaspoon black pepper
2 cups cooked turkey, shredded
In a large pot, melt the butter over moderately low heat. Add the onion and sage and
cook, stirring occasionally, until the onion is translucent, about 5 minutes. Add the
sweet potatoes, broth and 1 teaspoon of salt. Bring to a boil. Reduce the heat and
simmer until the sweet potatoes are tender, about 10 minutes. Transfer half of the soup
to a food processor and puree. Return the pureed soup to the pot and add the
remaining teaspoon of salt and the pepper. Stir in the turkey. Cook until turkey is
heated through, about 4 minutes. Serves 6.

In a large soup pot, cook the bacon over moderate heat until crisp. Remove the bacon
with a slotted spoons and drain on paper towels. Reserve 2 tablespoons of the bacon
fat. Add the onions and cook, stirring occasionally, until translucent, about 5 minutes.
Stir in the potatoes, water and salt and bring to a boil. Reduce the heat and simmer,
covered, stirring occasionally, until the potatoes are tender, 15 to 20 minutes. Remove
half of the soup from the pot and puree in a food processor. Return the puree to the
pan. Over low heat, add the cheese and stir until melted. Remove the pot from the
heat. Taste the soup and add more salt, if needed. Serve the soup topped with bacon
and chives. Serves 6.

The writer owns Catering by Debbi Covington and is the author of the cookbook, Dining Under the Carolina Moon. Debbi’s website address is cateringbydebbicovington.com. She may be reached at 525-0350 or by email at covingtoncats@embarqmail.com. 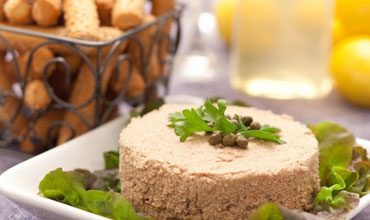 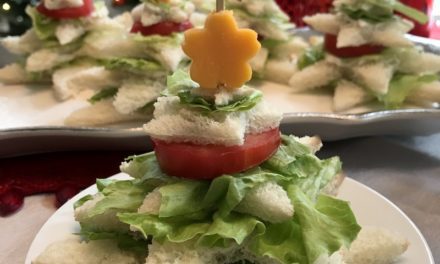