‘The Mountaintop’ at USCB 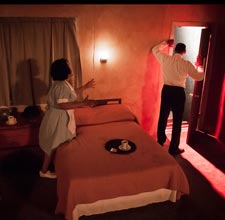 “I just want to do God’s will. And He’s allowed me to go up to the mountain. And I’ve looked over. And I’ve seen the Promised Land,” Martin Luther King Jr. declared in his final speech April 3, 1968.

USCB Center for the Arts will present The Mountaintop, an intimate drama by Katori Hall that boldly reimagines the events the night before the assassination of civil rights leader Dr. Martin Luther King, Jr. King retires to room 306 in the now famous Lorraine Motel, after delivering his legendary ‘I’ve Been to the Mountaintop’ speech to a massive church congregation. When room-service is delivered by a mysterious young woman, King is forced to confront his past, as well as his legacy to his people. The Mountaintop artfully explores what it really means to dream, to act, to lead, and to endure.
Pure Theatre’s producer Sharon Graci describes it as, “a play that anyone with an interest in King or the Civil Rights Movement owes it to themselves to see.” The Mountaintop was first produced in 2009 at Theatre503, one of London’s most prominent fringe venues. It was subsequently produced in the West End and was awarded the 2010 Olivier Award for Best Play. 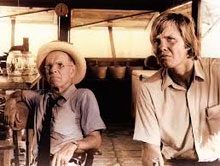 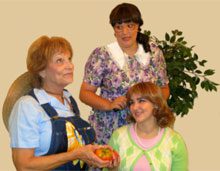 Steel Magnolias – and Dinner, Too 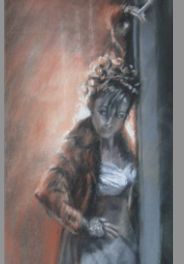 High Art in the Lowcountry 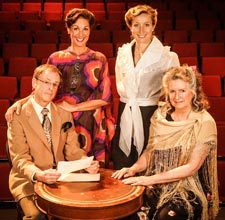