The Bard at The Arts Center 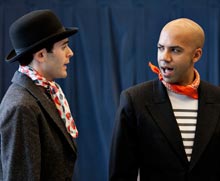 America’s foremost touring repertory company is bringing Shakespeare to the Arts Center of Coastal Carolina March 2, marking the first time a play by the literary icon has been staged in the Elizabeth Wallace Theatre.

The Acting Company—winner of the Tony Award for Excellence in Theater—will present The Comedy of Errors, the Bard of Avon’s masterpiece of comedic farce.

“It’s like Shakespeare’s sitcom,” said actress Elizabeth Stahlman, who originated the role of Luciana for the touring production.

In classic farcical fashion, the story relies on mistaken identity for much of its humor. Only Shakespeare doubles the fun with two sets of identical twins tragically separated at birth during a shipwreck.

When Antipholus of Syracuse and his servant Dromio arrive in Ephesus, they have no idea it’s the home of their twin brothers, also named Antipholus and Dromio. Chaos ensues, leading to arrests and accusations of theft and infidelity.

“They are mistaken for each other all day long,” said director Ian Belknap. “It’s a situational comedy similar in structure to Seinfeld.”

Although the setting has been moved to the 20th century, the language is all Shakespeare.

“Most of us are introduced to Shakespeare in books, but he really wrote his stories to be seen and heard, not read,” Belknap said. “In play form, it’s much easier to follow the plot.”

The brothers’ encounter and all the resulting mishaps keep the deliciously convoluted story moving at a fast pace. Adriana mistakes Antipholus of Syracuse for her husband from Ephesus, locking her real husband out of his house. He is later arrested for “stealing” a necklace that was mistakenly given by a merchant to his Syracusean brother.

As the comic confusion escalates, each twin begins to doubt his own sanity.

“And the hilarity is encapsulated in one day,” Stahlman said.

While the situation drives the humor, the dialogue is awash in comic literary devices, including puns, word play and malapropisms.

“I used Chaplin as the visual entry point to the play,” Belknap explained. “I love the idea of the little gentleman who is subservient but has an air of class about him.”

The production will feature a cast of 13 actors trained at the leading acting conservatories in the country. The actors playing the identical twins are not really brothers, but they have a similar look and are dressed the same, fostering the illusion.

“Comedy is very universal,” said Jonathan Kaplan, who played Antipholus of Syracuse in last year’s touring show, “especially a comedy that’s this quick, that’s this energetic and is paced as well as it is.”

The Comedy of Errors will be performed at 8 p.m. Friday, March 2, in the Elizabeth Wallace Theatre. Tickets are $47 for adults, $33 for children 15 and younger, and may be purchased at the box office, online at www.artshhi.com or by phone with a credit card by calling 842-ARTS (2787). 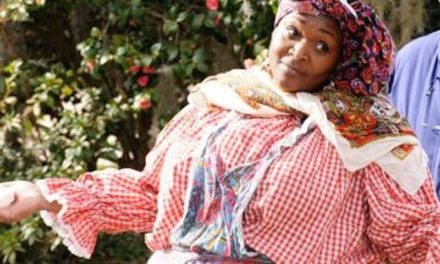 The ‘Fairest’ of Them All