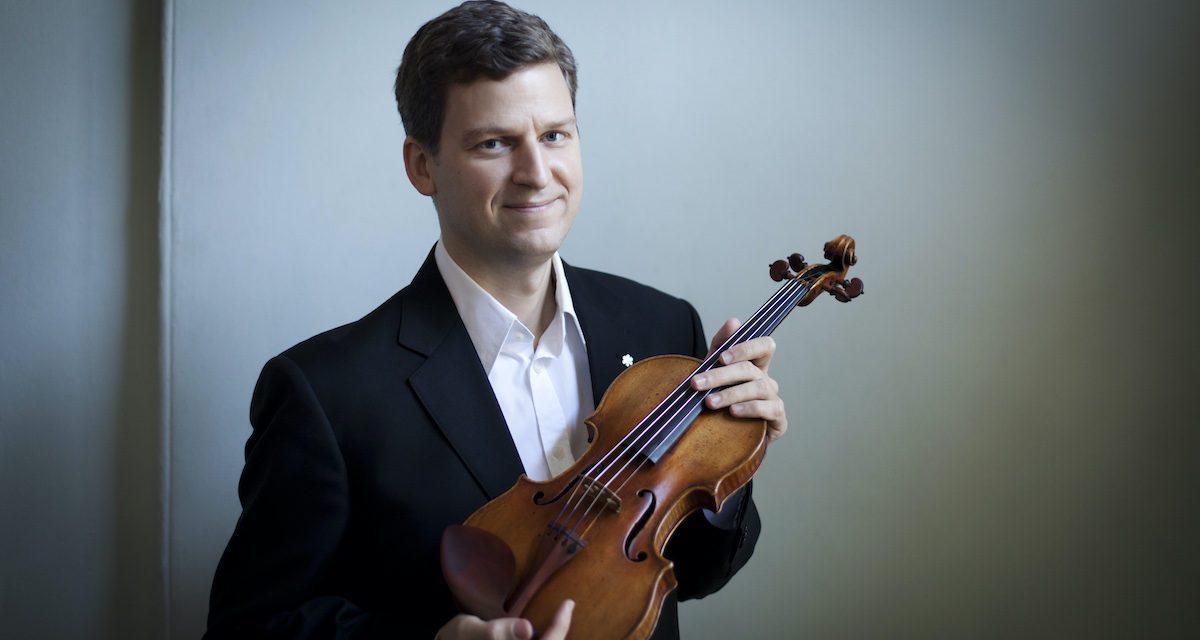 USCB Chamber Music’s January 22, 5:00pm, concert features a rich blend of romantic yearning, vibrant musical and visual color, and spectacular technical brilliance. Having recently completed a wildly successful tour of Australia, Artistic Director/pianist Andrew Armstrong and Grammy winning violinist James Ehnes will perform on the first half of the program. During the second second half, artworks specifically created by area high school juniors and seniors will enhance and interact with Mussorgsky’s Pictures at an Exhibition, played by Mr. Armstrong on the series’ newly acquired concert grand.

The concert begins with César Franck’s tender, passionate, and emotional Sonata in A Major for Violin and Piano. Composed in 1886 as a wedding present for a close friend, it has been described as a four-movement parable about marriage, moving through flowering love, strife, dialogue with reconciliation, and culminating in a harmonious union. The initial violin notes form a floating motive that returns throughout the sonata in multiple guises, generating unity across this well-loved and often-performed, Romantic-period classic.

Erich Korngold was one of the greatest musical prodigies of the twentieth century. Born and raised 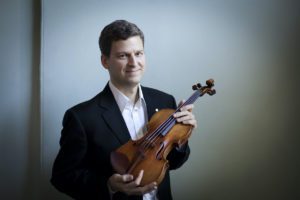 in Austria, he had an enormously successful European career until 1934 when he escaped Nazi persecution by moving to the United States. In Hollywood he became a film-music founder, winning Oscars in 1936 (Anthony Adverse) and 1938 (The Adventures of Robin Hood). His capacity for composing tuneful melodies, plot-advancing harmonies, and seamless matching of music to text proved to be a perfect fit for movies. Korngold finished work on his three-act opera, Die Tote Stadt (The Dead City), in  1919. The opera’s theme of overcoming the loss of a loved one struck a resonant chord with post World War I audiences and within two years of its 1920 premiere was being performed around the globe. Two arias, the first a yearning, haunting dance song, (“Tanzlied des Pierrot”), and the second a joyful song of love tinged with sadness,“Glück, das mir verblieb” (Joy, that near to me remains), frequently appear on concert programs. Arranged for violin and piano, they provide an ideal vehicle for James Ehnes’ ability to weave a story with his silken tone, flawless technique, and insightful humanity.

During a period of three weeks in 1874 Modest Mussorgsky wrote his piano masterpiece Pictures at an Exhibition, a multi-section, tour-de-force with high degree of difficulty that has become a favorite virtuoso showpiece. Pictures at an Exhibition depicts the composer’s visit to a friend’s art exhibition. Each of the suite’s ten numbers serve as a musical illustration of an individual work of art.  Mussorgsky links these tableaus with six Promenades whose regular tread and uneven grouping mimic the act of thoughtful wandering from one gallery to the next. The music is based on drawings and watercolors produced during travels to Italy, France, Poland, Russia, and Ukraine. An ugly gnome, medieval castle, children at  play, adult squabbling, wooden-wheeled ox cart, dancing chicks, spooky catacombs, Baba Yaga’s hut, and spectacular Great Gate of Kyiv are all vividly depicted. 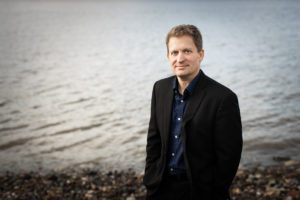 The “pictures” for this performance will be new artworks inspired by Mussorgsky’s music. Funded by a grant from the South Carolina Arts Commission, the USCB Studio Art Program in collaboration with USCB Chamber Music has invited high school juniors and seniors from surrounding counties to participate in an Emerging Artists Competition: Seeing Music! Their curated works will be projected on a screen as Andy Armstrong performs. A special Monday morning concert and awards ceremony will also be presented for the student artists and their peers.

Violinist James Ehnes, with his 1715 “ex-Marsick” Stradivarius, and Artistic Director, host extraordinaire, and pianist Andrew Armstrong are remarkable artists of international stature, with decades-long, highly decorated solo careers. In recent years they have established themselves as a much acclaimed and much in-demand duo. The Melbourne, Australia Herald reviewed their November concerts: “An extraordinary rapport between players resulted in performances of profound insight and compelling conviction.”

Come and listen to these remarkable artists perform intriguing and gratifying music. The Herald further stated: “Such superlative musicianship will long be remembered by those fortunate enough to have experienced it.” Be among the fortunate and hear brilliant performances by major artists imbued with youthful creativity and sublime musicality. There are multiple ways to enjoy the concerts—In Person, Live-Stream and On-Demand. All virtual concerts are professionally produced, creating great viewing opportunities. On-Demand is accessible four days after the concert and available to view at your leisure for three weeks. For concert/ticket information, go to www.uscbchambermusic.com or call 843-208-8246, Monday through Friday. The concert is Sunday, January 22, 5:00pm at the USCB Center for the Arts, 801 Carteret Street, Beaufort. 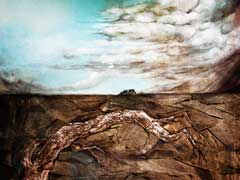 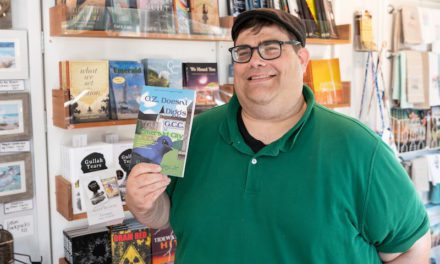 Bringing Oz to the Lowcountry