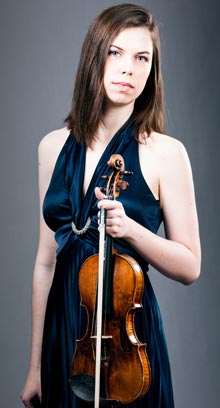 The upcoming season, the Festival’s 35th, will continue the tradition of great talents bringing the music of the masters to the Lowcountry of South Carolina.

Soon after Professor Whisonant’s retirement in 1989, Harriet Keyserling prevailed upon the legendary Charles Wadsworth to assume directorship and bring to Beaufort the chamber music riches he had unearthed for New York’s Lincoln Center and Charleston’s Spoleto.   At that time Mr. Wadsworth had been entertaining audiences by providing informative and lively introductions of artists and compositions and his own inimitable style at the piano for over thirty years. A world-class raconteur as well as musician, he was a favorite with audiences across the US and in Europe. In fact, he has been credited by some with saving the art form of chamber music from extinction. He certainly had an impact in the Lowcountry of South Carolina.

His Beaufort reign lasted twenty years, during which Wadsworth drew many new fans to the USCB Festival, and when he announced his retirement just as he was turning eighty in 2008, the Art Center was standing room only. It was a memorable and bittersweet evening with a very large cake, many candles, enthusiastic audience participation, the presentation of a personalized parking meter with lifetime free parking from Mayor Keyserling, Wadsworth’s usual wit and most importantly wonderful music played by exceptional artists. At the end, the Master expressed his great appreciation to artists and fans and his feelings of regret on closing the curtain on fifty years of grand music, “It’s very tough to say good-bye. I plan to cry a lot.”

For the Whisonant-Wadsworth tenures, the quality of the music and the talents of the artists surprised and delighted audiences, who had been drawn here by the beauty of the creeks and marshes, little expecting to discover Bach, Beethoven and Handel hiding in the bull rushes. Under the leadership of Edward Arron, the Festival Artistic Director, host and resident cellist for the past five years, the delightful discovery continues. As a significant young artist himself and as the Artistic Director for the Metropolitan Museum’s Artists in Concert Series for the past eleven seasons, he is uniquely qualified to ensure that exceptional musicians keep coming and playing the exquisite music that make us the cultural envy of much larger, much wealthier, and much less fortunate towns and cities. 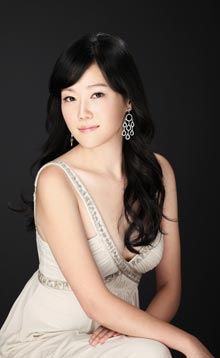 ladies returning with Artistic Director and cellist, Edward Arron to the USCB Center for the Arts stage. The diminutive Jeewon Park (left) will exhibit her gargantuan talent at the nine-foot grand Steinway and will be joined by Tessa Lark (top), who last spring wowed audiences with her amazing virtuosity on the violin – both on the USCB Center for the Arts stage playing Schubert and afterwards for the smaller, but no less enthusiastic, crowd at the Saltus Grill in an extemporaneous rendition of blue grass favorites with Vic Varner and his boys (pictured below). The trio will open the program with the classical precision and brilliance of Mozart and conclude with a passionate and angst-ridden fairy tale by the quintessential romantic composer Robert Schumann.

Considering that the Series began when USCB was a poorly funded, two-year branch campus of USC, and Professor Whisonant was not only the artistic director, but also the ticket seller, airport taxi, caterer and donor seeker and that 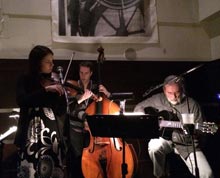 there was a time when cutting back on Mr. Wadsworth’s concerts in favor of less “pure” forms of musical performances was threatening the continuation of the Series as we know it, we can all be grateful that on five Sundays each season we can settle back in a hall with excellent acoustics to enjoy the world’s finest music, played by some of its most talented musicians

All Festival performances are at 5 on Sundays at the USCB Center for the Arts on Carteret Street. Seventeen brilliant musical scores, composed between 1676 and 2013, written by seventeen of the world’s great composers, performed by sixteen of the world’s finest classical musicians, comprise this season’s programs. For more information about the artists and programs and to buy individual concert tickets, go to www.uscb.edu/festival series. To purchase season subscriptions or to request additional information, contact Staci Breton at (843) 208-8246 or sjbreton@uscb.edu. 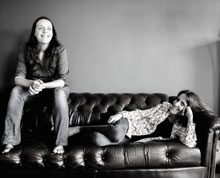