Secret Life of Bees and NY Times Bestselling Author, Sue Monk Kidd will help USCB celebrate the 10th anniversary of the USCB Lunch With Author series on Thursday, September 23, 2010 at the Holiday Inn Beaufort.  Kidd is launching the paperback tour of her memoir, Traveling with Pomegranates:  A Mother-Daughter Journey to the Sacred Places of Greece, Turkey, and France, written with her daughter, Ann Kidd Taylor.

This memoir told in two voices is part travel story, part spiritual quest, and part induction into feminine passages.  Set against the awe-inspiring backdrops of France and Greece, this intersecting autobiography chronicles an intimate mapping of two women—Sue Monk Kidd, before the phenomenal success of her New York Times bestselling novel, The Secret Life of Bees, and her daughter, Ann Kidd Taylor—as well as the moving metamorphosis of their mother-daughter relationship.

Both Sue and Ann are on a quest, and reach out to feminine symbols for strength along the way: Sue finds provocative and contemporary meanings in the Virgin Mary, particularly in her guise as the black Madonna, and Ann clings to her Athena ring, purchased on a previous trip to Greece and a reminder of the goddess’s strength and wisdom. The Greek myth of Demeter and Persephone and mother-daughter estrangement and reunion serves as a foundation for the book, and provides the title’s reference to the famous fruit.

At the luncheon which starts at noon, Kidd will facilitate the telling of the story of the book with pictures taken during their travels as well as pictures of her and Ann in some lovely family scenes.  There are baby pictures, beach pictures, wedding pictures of both women, three generations of Kidd women…a poignant insight into the lives of this mother-daughter relationship.

The luncheon as well as the succeeding USCB Lunch With Author luncheons are open to the public and registration may be made by calling Jo Ann Kingsley at 843-521-4147 or kingsley@uscb.edu.  The all-inclusive price of the luncheon is $42 or series subscriptions of all seven luncheons are still available for $270.

The USCB Lunch With Author series has been bringing NY Times bestselling authors as well as national award winning authors to the Lowcountry for ten years by providing venues on both sides of the Broad River. After lunch, authors talk about their books, accept questions from the audience and sign books.  A bookseller is available at each luncheon.

On October 14th at the Port Royal Golf Club, Hilton Head Island, the featured author is Tamar Myers, a mystery novelist with more than 30 mysteries to her credit. Myers will talk about her new book and new genre, The Witch Doctor’s Wife which is based on her childhood raised by missionaries in the Belgian Congo. Rose Senehi will grace the podium at Sea Pines Country Club on November 3rd with her new Blue Ridge Series which features In the Shadows of Chimney Rock and The Wind in the Woods. The first book of this series was awarded the Best in Southern Literature for 2009 by the Southern Independent Bookseller’s Alliance.

The final month of the year is reserved for special authors who are sometimes children’s authors, poets, or cook book authors as is the case on December 2nd with Greek Revival:  Cooking for Life authored by Patricia Moore-Pastides.  A public-health professional, Pastides has taken eighty-seven ambrosial Greek recipes designed for the needs and appetites of everyday cooks, leavened the pages with delectable anecdotes about the Greek lifestyle, then peppered it with revealing scientific insight.  Her presentation is at Moss Creek Clubhouse, Bluffton.

In honor of Beaufort’s 300th anniversary, the USCB Lunch With Author series is bringing NY Times bestselling author Steve Berry to the Holiday Inn Beaufort on the anniversary day of Beaufort, Monday January 17, 2011.  In addition to speaking at the luncheon, Berry will conduct a 3 ½ hour Writer’s Workshop after the luncheon with all the proceeds from the workshop donated to preservation of historical buildings on the USC Beaufort campus.  Workshop fee is $85 until December 1st and $95 afterward.

Dockside Restaurant in Port Royal is the cite of the February 17th luncheon with former CBS News producer Batt Humphreys with his first novel, Dead Weight which is based on the true story of the State vs. Daniel Duncan and details the 1910 trial, conviction and execution of Daniel “Nealy” Duncan, a young black man of respectable employment and manners, arrested for murder on the eve of his wedding.

History with a personality, life-styles, and historical tidbits fill the pages authored by our history-writing panel Michael Coker, Alice E. Sink and Rick Simmons featured on March 10 at the Sea Trawler Restaurant, Bluffton. Each has written a number of historical books but will talk about their most recent… Coker has Charleston Curiosities-Stories of the Tragic, Heroic, and Bizarre as well as The Battle of Port Royal, 1861; Sink uncovers out-of-the-ordinary historic truths in her Hidden History of Hilton Head and The Grit Behind the Miracle; Rick Simmons covers 500 historical years from lost Spanish galleons to German U-boats in his Hidden History of the Grand Strand.

The USCB Lunch With Author series is sponsored by Continuing Education of the University of South Carolina Beaufort.  The all-inclusive price of each luncheon is $42 and all luncheons are open to the public and start at noon.  Reservations must be made at 843-521-4147 or kingsley@uscb.edu. 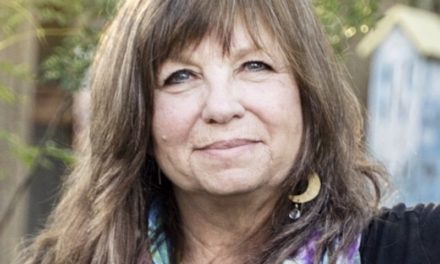 Cooks & Books is Back!