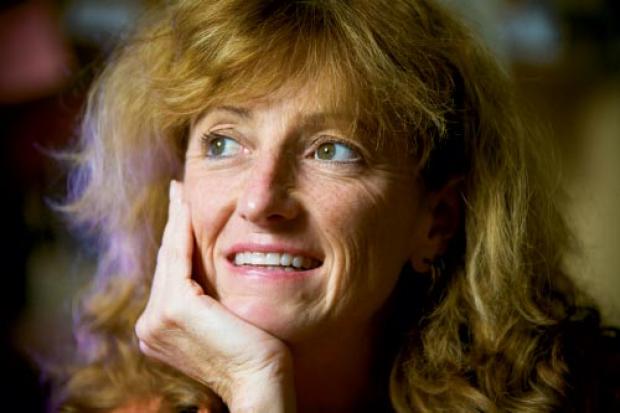 “In the vast repository of language, the poets never shout at you when you pass them by. Theirs is a seductive, meditative art. They hand you a file to cut your way out from any prison of misrule…. The poets of the world occupy a place of high honor in my city of books.” – Pat Conroy, My Reading Life

The Pat Conroy Literary Center will host its first public program of 2017 on Monday, February 20 (Presidents Day), a Poets Respond to Race reading and community discussion featuring a diverse group of seven writers from across the Palmetto State. Created by Columbia poet Al Black and Sumter poet Len Lawson, Poets Respond to Race uses the literary arts as an opportunity for candid, healing, and inclusive discussions on race and diversity as an inviting approach into tough conversation that can bring positive change to our communities.

Joining Black and Lawson for Poets Respond to Race in Beaufort will be South Carolina Poet Laureate Marjory Wentworth (above), Charleston City Poet Laureate Marcus Amaker, and Beaufort County poets Susan Madison, Ellen Malphrus, and Quitman Marshall. The free public event will be held from 5:00 to 6:30 p.m. at Grace Chapel AME Church at 502 Charles Street. This program is funded in part by a grant from the South Carolina Arts Commission, which receives support from the National Endowment for the Arts, and from a generous award from the John and Susan Bennett Memorial Arts Fund of the Coastal Community Foundation.

“Inequality remains one of the most challenging issues in our increasingly interconnected lives as citizens of the South and of the world,” Al Black explained. “The Poets Respond to Race initiative is the response Len and I offered through our art.” Len Lawson added, “Al and I want to offer an inclusive gateway through the literary arts as a way for individuals and communities to give voice to their concerns and their hopes, to speak and to listen to one another.”

When asked what she hoped might come from the Pat Conroy Literary Center hosting the Poets Respond to Race forum in Beaufort, Susan Madison, a first-time participant in the program, offered, “Poetry is a such a beautiful tool to use in opening conversations about race. This event will be a catalyst to begin new dialogues here in our communities, and it will shine a light on Pat Conroy’s quiet legacy of fighting for racial equality.”

Conroy Center executive director Jonathan Haupt explained his vision for making Poets Respond to Race the Center’s first program for 2017: “We begin with poetry because Pat did. He wrote poetry before he found his calling in prose, and he continued to be a voracious reader of poetry and a stalwart friend of poets throughout his writing life. Pat lived a word-soaked life, and he would read from his library of poetry before beginning his writing day. We start by addressing race because Pat was a champion for equality throughout his teaching and writing careers, from his relationship with the Citadel during its tumultuous integrations of race and gender to his teaching of the first African American history class at Beaufort High School to his storied year as the first white school teacher on Daufuskie Island.”

Pat Conroy’s brother Tim, a poet, retired educator, and Conroy Center board member, added, “Pat would have loved watching these poets read their work and helping Beaufort dig deeper into issues of race and power in our lives. And if it helps people to open up, to really listen to one another, and to speak from their Lowcountry hearts, he would have loved it all the more.”

The Poets Respond to Race poetry reading and community discussion is Monday, February 20th from 5 – 6:30 pm at historic Grace Chapel AME Church at 502 Charles Street in Beaufort. It is a free public event and the community is invited to attend. To learn more about the Pat Conroy Literary Center and its spring lineup of educational classes and literary enrichment programs, visit the Conroy Center in person at 308 Charles Street or online at www.patconroyliterarycenter.org.

Cofounder of Poets Respond to Race, poet and literary arts organizer Al Black is a native of Lafayette, Indiana, who first publicly shared his poetry after moving to South Carolina in 2008. He is the host and organizer of the Mind Gravy Poetry, Songversation, and Magnify Magnolias community arts programs in Columbia and the author of I Only Left for Tea.

The 2016 Jasper Magazine Literary Artist of the Year, Len Lawson teaches literature and writing at Central Carolina Technical College and is a Ph.D. candidate in English Literature and Criticism at Indiana University of Pennsylvania. Lawson is a Pushcart Prize nominee whose poetry has appeared in Public Pool, James Franco Review, Mississippi Review, Winter Tangerine Review, and elsewhere.

Poet Laureate of South Carolina, Marjory Wentworth is a five-time Pushcart Prize nominee whose most recent book of poetry is New and Selected Poems. She co-authored Taking a Stand: The Evolution of Human Rights, We Are Charleston: Tragedy and Triumph at Mother Emanuel, and Out of Wonder: Poems Celebrating Poets.

Marcus Amaker is Charleston’s first Poet Laureate. His poetry has been featured on TEDx, PBS Newshour, the Huffington Post and A&E. In 2017, He was named one of Charleston’s 50 Most Influential people by Charleston Business Magazine. He has seven published poetry books. Amaker is also an award-winning graphic and web designer, videographer, and musician.

Susan Madison is a resident of St. Helena Island and a native of Chicago, where she studied fiction and poetry at Columbia College. Her work has appeared in Chicken Soup for the African American Woman’s Soul, her chapbook i can’t sing the blues, and Gullah Paths: Voices from the Past. Madison is a member of the Gullah Africa Diaspora Artists Guild and the Low Country Spirit Writers.

Quitman Marshall was born in Columbia, South Carolina, and grew up there and in Barcelona, Spain. He was the founding coordinator of the Literary Series at Spoleto Festival USA. Marshall is the 1996 winner of the Writers Exchange Award sponsored by Poets & Writers, and his book of poems You Were Born One Time won the 2013 South Carolina Poetry Archives Book Prize. He lives in Beaufort. 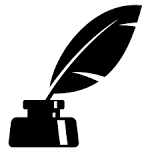