Writer with a Cause 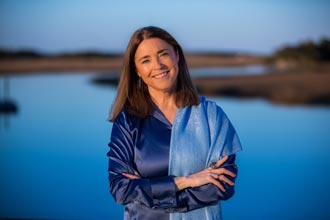 It’s not unusual for an animal to be mixed among the cast of characters in a Mary Alice Monroe novel. It’s become part of her trademark—captivating readers’ hearts with memorable characters and at the same time awakening people to an important environmental issue.

Described as the “canary in the coal mine,” the New York Times bestselling author’s convictions give her a deeper sense of purpose and serve to add richness and meaning to her novels. “I wanted to write a novel about the dolphin because we connect with that knowing, beguiling smile,” says Monroe, whose novels often focus on the connection between humans and nature. “But the impetus for me to write this series now is the hard fact that 48 to 52 percent of the wild dolphins in South Carolina and Florida are sick. Coupled with the morbillivirus striking along the coast, it’s an alarming situation.”

Monroe uses the plight of the Atlantic bottlenose dolphin as the undercurrent in her Lowcountry Summer Trilogy, with the perilous life of one wild dolphin as the trilogy’s keystone. While Monroe’s novels are set against issues facing our physical landscape, her stories explore the emotional landscape of contemporary human and moral issues through her characters. “I’m a story teller. I don’t tell or teach as much as create a story world that establishes a meaningful relationship with nature to make readers aware through the power of story.”

In book one, The Summer Girls, Monroe introduced readers to the complex relationships among three estranged half-sisters who return to the family’s historic home, “Sea Breeze,” before it is sold and their grandmother, “Mamaw” moves to a retirement community. Booklist said, “The Summer Girls is a perfect beach read and anyone who enjoys such fine southern voices as Pat Conroy will add the talented Monroe to their list of favorites”

The Summer Wind, out this month, is the much-anticipated follow-up to The Summer Girls. Monroe draws readers back to the unspoiled beauty of Sullivan’s Island, South Carolina for the second installment in an emotional trilogy about sisterhood, second chances, and lifelong bonds.

The Summer’s End will conclude the Lowcountry Summer Trilogy and is set for release in 2015. “My greatest hope is that readers become involved with my characters and enjoy a great story. Then, when they close the book, realize that they’ve learned a lot about this important sentinel species.”
The trilogy is timely. The morbillivirus that killed a record number of dolphins along the Mid-Atlantic coast last summer is spreading southward as dolphins migrate down the coast. This measles-like virus killed 1000 dolphins in 2013 from New York to Florida. More than 10,000 dolphins are thought to roam the Southeast, and the numbers in South Carolina-Georgia are estimated between 6,000 and 7,000.

Currently there is nothing that can be done to prevent the infection spreading or prevent animals that get infected from having severe clinical disease.

Marine mammal scientists from the National Oceanic and Atmospheric Administration (NOAA), the Florida Harbor Branch Oceanographic Institute, and nationwide are studying dolphins in Florida and South Carolina looking for signs of emerging diseases and heavy chemical body burdens that may be making the dolphins sick. Scientists also will test for diseases more common to people, but becoming more prominent in dolphins.

Dolphins are a sentinel species. “If dolphins are not doing well, it says something about what humans may be exposed to,” says Dr. Pat Fair of NOAA.

Monroe participated in the Charleston study with Dr. Fair on a floating “doctor’s clinic” that ran a battery of medical tests on dolphins. This is modus operandi for Monroe, who goes beyond academic research and interviews. She immerses herself in the subject by rolling up her sleeves as a volunteer to work shoulder-to-shoulder with professionals. For the Lowcountry Summer Trilogy (The Summer Girls, The Summer Wind, The Summer’s End), Dr. Fair served as a mentor for Monroe. Mary Alice also is a volunteer at the Dolphin Research Center in Florida and works with dolphin programs designed for special needs children and the Wounded Warrior Project.

Mary Alice Monroe’s efforts to re-connect human nature with the natural world resonate with her readers. Monroe is a bestselling author of sixteen novels and two children’s books. She has achieved many lists, including the New York Times, USA Today and SIBA. She has received numerous awards, including RT Lifetime Achievement Award, the 2008 South Carolina Center for the Book Award for Writing and was featured at the National Festival of the Book. The Butterfly’s Daughter won the International Book Award for Green Fiction. Mary Alice is an active conservationist and serves on the Board of the South Carolina Aquarium, The Leatherback Trust, and Charleston Volunteers for Literacy. She is a frequent speaker at book festivals, conferences, and private events. Monroe is also a frequent contributor to magazines and online blogs.

Of her last book, Pat Conroy wrote, “Mary Alice Monroe has become the premier nature writer among southern novelists… In The Summer Girls she sings a song of praise to the bottlenose dolphins that bring so much joy to the men and women who gaze at the creeks and rivers of the lowcountry each evening. Like all her books, The Summer Girls is a call to arms.”

Area readers will have an opportunity to meet Monroe and talk to her about her new novel on June 29 at 1:00 pm at Barnes&Noble on Hilton Head Island (20 Hattan Place). To learn more about The Summer Wind and other Monroe books, visit her on Facebook and at www.maryalicemonroe.com. 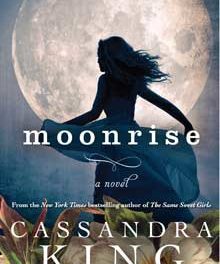 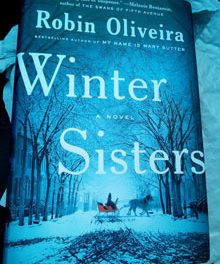