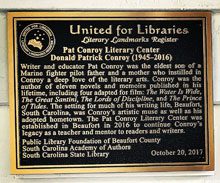 The Pat Conroy Literary Center opened its doors to the public in October 2016 during the first annual Pat Conroy Literary Festival. Following a year of robust educational programming in and beyond the Center’s home in Beaufort, SC, the American Library Association (ALA) has honored the literary center with a national recognition. At an October 20th reception held during the second annual Pat Conroy Literary Festival, executive director Jonathan Haupt announced that the literary center was newly designated as an ALA United for Libraries Literary Landmark, only the second in the state of South Carolina.

The ALA’s United for Libraries Literary Landmarks registry was founded in 1986 to honor and promote sites of literary significance nationwide. Other Literary Landmark sites include the William Faulkner House in Oxford, MS; the Alex Haley Museum in Henning, TN; Ernest Hemingway’s birthplace in Oak Park, IL; the Margaret Mitchell Home and Museum in Atlanta, GA; the Dr. Seuss National Memorial Sculpture Garden in Springfield, MA; the Eudora Welty Library in Jackson, MS; the Tennessee Williams House in New Orleans, LA; the Idlewild Public Library in Idlewild, MI, which was central to the writing lives of Charles Chestnutt, Zora Neale Hurston, Langston Hughes, and W. E. B. DuBois; and SC’s first Literary Landmark, the James Dickey Library site at the University of South Carolina in Columbia, which honors one of Pat Conroy’s teachers.

“South Carolina authors have made numerous contributions to the larger literary landscape. The South Carolina State Library is thrilled that South Carolina’s newest Literary Landmark designation recognizes and honors the many contributions of one of the Palmetto State’s favorite son, Pat Conroy, and of the Literary Center established in his honor” said Leesa Aiken, South Carolina State Library director. “Conroy’s style continues to shape, influence, and encourage both seasoned and blossoming writers, and will for years to come. We all share in South Carolina’s sense of pride and connection to Pat, felt most deeply in his beloved Beaufort, and the Conroy Literary Landmark, like the Conroy Center itself, is a testament to Pat’s continued importance to readers and writers nationally as well as regionally.”

“Through the Center and our annual Pat Conroy Literary Festival, in our first year we’ve now welcomed hundreds of literary pilgrims from around the country and around the globe to Beaufort to experience Pat’s legacy,” said Jonathan Haupt, executive director of the Pat Conroy Literary Center. “To have our efforts recognized by the American Library Association as a Literary Landmark is s a tremendous honor, and one we share with our many partners, supporters, volunteers, and patrons. The Literary Landmark designation is also another recognition of the vibrant arts and cultural life fostered by so many here in Beaufort, a place that Pat made his hometown and, in the words of The Prince of Tides protagonist Tom Wingo, his anchorage, his port of call.”

The Pat Conroy Literary Center has previously been recognized as SC’s first affiliate member of the American Writers Museum. The Conroy Center is located at 308 Charles Street in Beaufort, and open to the public Thursday through Sunday from noon to 4:00 p.m. For more information, visit www.patconroyliterarycenter.org or call 843-379-7025.

For a directory of other sites designated by the ALA as Literary Landmarks, visit www.ala.org/united/products_services/literarylandmarks.

Inside ‘The Cracker Kitchen’ 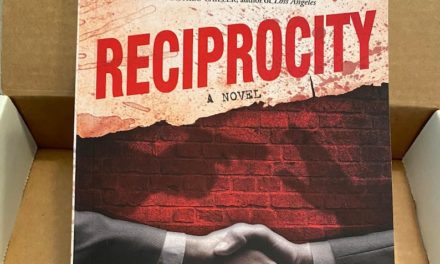 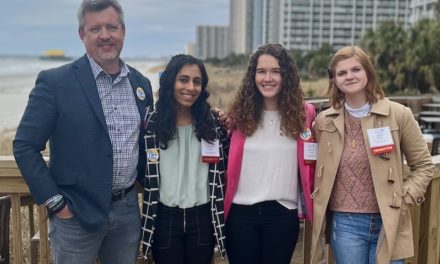