Vickie Jourdan, spokesperson for the artists at Pluff Mudd Art, states that “Ed, our first ever photographer, brings a new perspective to our gallery in terms of the vibrancy and richness of his lowcountry scenes.  His popularity and reputation can only enhance the already recognized quality of our facility”.
In describing his work, Ed says his photography “hopefully captures in a millisecond what God created over millenniums.”  The award-winning artist employs a number of digital cameras and lens to express his love of nature and wildlife in a way that allows the audience to experience a sense of delight and serenity when viewing the vibrant color in his work.  In answering the question of why he decided to join Pluff Mudd Art, Ed says “this was an easy decision in that Pluff Mudd Art is known for the quality and breadth of its artists.  Its location on Calhoun Street in the heart of old-town Bluffton can only augment the exposure of my work in the lowcountry”.
Though he has been taking photographs since childhood in New Jersey, the self-taught artist spent all of his 37 year professional life in the graphic arts industry, most of it with the world’s leading manufacturer of printing inks and pigments in both a technical and sales capacity.              Throughout his career, Ed, a Ph. D. chemist by training, presented seminars and lectures in color theory which today projects itself in his beautiful low country sunsets, shrimp boat, bird, flower, butterfly and marsh scenes.
Along with his wife, Kathryn, Ed created Vista Enterprises, a photographic services company in 2002, fulfilling a lifelong dream.  Ed’s work is featured regularly in over 17 newspapers and magazines, such as the Bluffton Breeze.  Many of his award-winning photographs have been the result of his worldwide travels from Europe and Asia to Australia, South America and the South Pacific.  His photos have won awards in Judged and Juried Shows at SoBA, Beaufort Art Association and other competitions.  Most recently, one of his photos, “Day’s End”, was chosen for the cover of the 2007 Beaufort County calendar.
In the lowcountry since 2000, Ed has become actively involved with the Hilton Head Art League, the Society of Bluffton Artists and the Beaufort Art Association.  He has had Featured Artist Shows previously at each of these galleries, as well as Pluff Mudd Gallery in 2004.  He is a founding member of the Photography Club of Beaufort and a past president and current Board member of the Camera Club of Hilton Head Island.  His photography can currently be seen in the Beaufort Art Association Gallery, Society of Bluffton Artists Gallery, Hilton Head Art League Gallery and Spotted Dog Gallery in Beaufort as well as numerous other shops throughout the low country. Lastly, Ed’s work can be seen on his website at www.edfunkphotos.com. 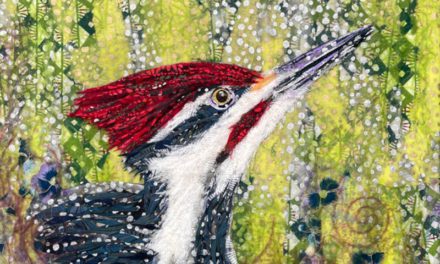 On the Edge: Our Maritime Forests 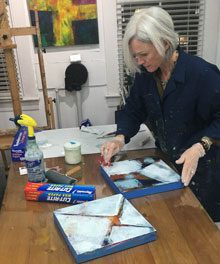