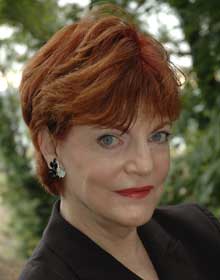 Much Ado About Nothing

I try to be a good mother, but sometimes I just don’t get it.

My daughter is eighteen, does fine in school and has lots of friends. She doesn’t cause me any trouble.

The problem is that I am concerned about what kind of person she is. For example, she walks, runs, bikes, marches and protests every disease, cause and issue that is out there. She never stops talking about what she is doing to “cure cancer, stop the wars, feed the hungry” and on and on. In the meantime, she only hangs out with the popular and pretty kids with the “right” clothes and addresses. She makes fun of the people who aren’t as cool as she and her friends are, and treats low-level employees like her servants.

I have tried to convince her to volunteer at a food kitchen or a hospice in our area, but she says that would be too depressing.

My daughter’s boyfriend recently broke up with her, so she has announced she is taking a boy with Down Syndrome to her prom. Ordinarily, I would think this is a lovely gesture, but I know she is only doing it for the attention. I also think it is demeaning to this boy because she only values him because he is differently-abled. She wouldn’t dream of going to the prom with a regular guy who is uncool.

I don’t want to discourage her good deeds, but I want her to stop being so self-satisfied with her supposed caring and develop a soul.

What should I do?

Let’s start with the immediate problem.

Sit her down and gently and nicely ask her what led her to invite this boy and if she has spent any time with him previously. Ask her if she will spend time with him in the future if she enjoys his company at the prom. Let her hear her own answers. A way to do this is to repeat them in a natural way. “So you haven’t spent time with him before because he doesn’t hang with your crowd.” “You don’t think he would be comfortable hanging with your friends?” Let her explain, and, in doing so, she just might realize how she is using this boy. Ask her if she can understand why some people might think she is only doing this for attention. Let her squirm. Also suggest they have a date before the prom so they can get to know each other. Maybe practice dancing.

Above all, do not allow her to cancel the date. Make her go with the full knowledge that everyone might not think she is doing it for the right reasons. Tell her that under no circumstances should she allow any press coverage of the date, or people will think she is just doing this to show off.

Tell her you are really proud of her that she would go out of her way to include a person who is usually not included and that you will support her in continuing the relationship. Yes, I am recommending a guilt trip.

If your daughter isn’t the superficial narcissistic twit she appears to be, this might be a turning point in her life. At that age, you never know. You might also want to reach out to the parents of her date to be sure they are onboard with the occasion.

In the meantime, when a public walk, run, etc, shows up, tell her she can participate only if she also spends a day as a volunteer in a facility that does something concrete to aid the people she is demonstrating for. You might also help her find a service job, such as waitressing, to develop some respect for hard work.

Congratulations for being concerned. You are on the right track.

My sister has breast cancer and has lost all her hair. She decided to get a henna tattoo to decorate her head until it grows back in, and it looks great.

The problem is that people on the street stare and whisper to each other. I can’t tell you how much this upsets both of us. She cries and cries. I just get so angry at how cruel people can be. No one has said anything to her yet, but we are on edge waiting for the comments.

How can people be so cruel? She is a survivor and should be honored, not ridiculed.

Get a grip. Of course they stare, isn’t that the point? If she didn’t want the attention, she’d wear a normal looking wig.

Did it ever occur to you that they are staring and whispering because it looks so cool? The mere fact that no stranger has said anything derogatory to her about it might be proof of that, since nowadays people don’t edit.

You both need to take a close look at why you assume other people have bad intentions. You also need to take a look at the difference between having a disease and being worthy of honor.

If you survive a disease, it means one thing: you survived. It does not mean you are a good person, chosen by God, superior to others, a saint. It means you got sick and got well. The way you handle it, and others, while you are suffering, might have some bearing on what kind of person you are, but just getting sick doesn’t go into the plus column. It is what it is. That being said, it is also a wonderful opportunity to grow and become a better person, both during the ordeal and after.

By the way, the tattoo is a very cool idea, and I’d be the first to go for it if necessary. Of course, I do love attention. 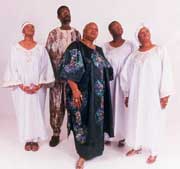 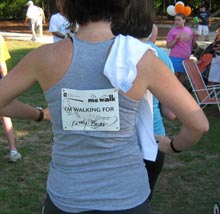 Be There When It Matters Most