I have a problem that I can’t seem to solve and need your help.

I have an older relative, a second cousin, who lives in the town where I live.  He is in his eighties and is handicapped.

His leg was amputated at the knee when he was a child and he has a wooden leg, and a difficult time getting around. However, he is full of energy and always raring to go and loves to have company. Since I am one of his few remaining relatives, and the only one in his city, he calls me a lot and wants to see me frequently.

The problem is that he is overbearing.  He longs to be a professional singer and calls and wants to sing to me on the phone. I am not crazy about the phone to begin with, and to sit there and have to listen is a complete drag.  If I put him on speaker and go about my domestic chores, he stops if he hears a sound and asks if I am still there.

He is very aggressive about setting up lunch dates. This is even worse because he smells terrible. I hate to sound cold, but he is filthy and I can never figure out where to take him (I always have to pay, even though he could).  In the winter it is worse because at least in the summer I can take him to an outdoor restaurant.

He is very active in Senior Centers and visits one or two every day, as well as sings for whatever audience he can drum up at the centers, so it is not as though he has no social life but me.

He has a very nice apartment in a prestigious part of town.  I had never seen it.  He called one day because his landlord was threatening to evict him and he wanted me to come over and help him.  When I got off the elevator, I could smell his apartment.  When I got in, I was shocked.  The window washer had seen in and reported him.  The place was full of junk and smelled terrible.  He is a hoarder.  The plumbing is broken, but he didn’t want to call the landlord because he didn’t want them in the place.  He was using a bucket for a toilet.  It was a nightmare, but he just acted like nothing was wrong and that the landlord was unreasonable.

I tried to tell him that he needed to call a company to remove everything, but he didn’t want to hear it. (He has money.) I never did find out what he expected me to do. I suspect social services got involved because he didn’t move and I never heard about it again.

He is also always trying a new multi-level marketing business and pressuring me to become a distributor.  I told him I did not want to do that, but I would help by attending his meetings to gain interest so he would have one more person there.

The other thing that annoys me, and this is petty, is that he only talks about himself, never asks about me or my husband, and bragged to me when a woman he knew from school over sixty years ago came to town, he gave her all of his mother’s fine jewelry. He has also complained to out of town cousins that I don’t make enough time for him.

I try to have empathy, but it is just so hard. What should I do?

You are not a pushover. You are a saint. Few people would take this as far as you have. I admire you greatly for taking care of this unseemly and lonely old fellow.

On the other hand, you should not have to suffer much to make a difference in his life. He creates some of the difficulty, and it does not sound like he will ever take responsibility for it, or get the help he needs.

What I would do if I were you is set up a firm schedule to have lunch with him, and be less available in the cold months. Explain that you are very busy (aren’t we all?)  and you would like to designate one day a month to have lunch with him. That is still a lot for you to do, but, as you said, you are his only nearby relative, and you can do that for family.

Tell him you enjoy his singing, and although you can’t spend that time on the phone, you would be happy to attend one of his concerts at the senior centers. (I know, I know, but he is old, handicapped, and you are related, and you might meet some interesting elders).

There is no easy answer, but I do think it is the right thing to put limits on your time with him. I dunno. I think giving Mother’s jewelry to a distant acquaintance is what would push me over the edge. Stay strong! You are a good person. 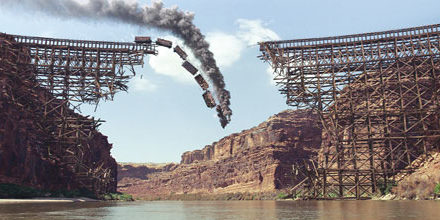 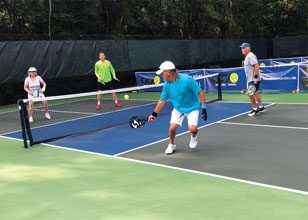