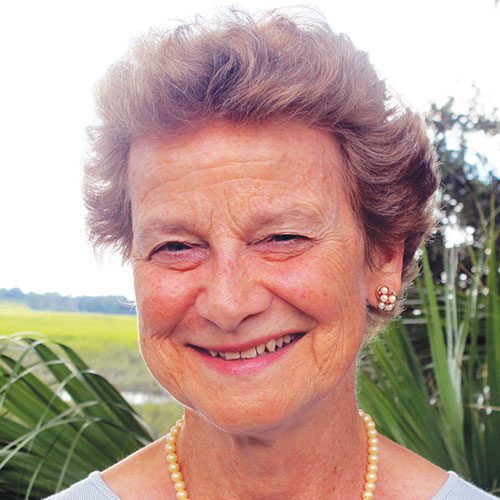 There’s nothing like art to open your mind, expand your world view and experience a connection with mankind in general. Strolling through a gallery or museum, ogling the paintings, and chatting with fellow browsers – or buyers – is totally refreshing. While perusing art of almost any kind, I always feel as if I’m traveling out of town and sometimes out of the country, perhaps somewhere in the world I’ve never been before. Connecting with art can provide a tiny, inexpensive escape in the midst of life in one’s own hometown. Inexpensive unless, of course, you purchase a work of art or two to enjoy forever. If you do, then you can feel great about supporting a local artist. Purely a win-win.

Around 2010 or 2011, I remember taking what Julia Cameron in her classic book The Artist’s Way: A Spiritual Path to Higher Creativity calls “an artist’s date” – i.e. an hour-long, afternoon-long or even daylong chunk of time alone to feed your soul doing something you love, whether it’s actually spending time in a place of art, a bookstore, a movie theater or or a cozy tearoom to write in your favorite journal.

On that particular day I’d popped into the Charles Street Gallery to visit, for probably the tenth time, a painting that I really wanted to buy but wasn’t at that time in my price range. (Later, the artist gave me a deal and it now hangs in my living room.) The memory remains vivid in my mind because Georgia Phillips, who owns the business with her husband Sonny, had placed a bumper sticker on her desk that read, “The recession is over. Buy art.”

What a great message. And for the purpose of this column, I’d like to change the wording just a bit to “Stay-at-home is over. Buy art. Immerse in life.” This message is appropriate for these times when folks are over the moon at being able to leave home and socialize with friends again, rock out at the Water Festival again, and travel here, there and yon again. It’s so freeing to know that – for the present anyway – you can just go do it.

Last month I took that leap, drove to Charlotte and with a cousin took in a cutting-edge exhibit of immersive art, a genre that grew and gained popularity during the world shutdown. While people were isolating, creative minds were rising to the occasion of presenting art in a way that would allow large numbers of enthusiasts to view art in massive venues, complete with social distancing. Quite a clever concept.

Honestly, I wasn’t sure what to expect at the Immersive Van Gogh. Probably because he’d been my mom’s favorite artist, this “misunderstood genius” became mine as well. Those luscious, bright colors spread thick on canvas, often with a palate knife. Zowie! My affinity for his work has lured me to many museums, among them, the Van Gogh Museum in Amsterdam, which houses the world’s largest collection of the artist’s work, and the Kroller-Mueller in the Netherlands’ Hoge Veluve National Park, to view the world’s second-most important lot.

Our GPS led us to a part of Charlotte now called Camp North End, where 300,000 square feet of former run-down warehouse space on 76 acres is being reimagined as offices, creative spaces, shops, restaurants, and entertainment venues. The exhibit itself filled a 240,000-square-foot space built in 1924 as a Ford manufacturing plant, which later saw time as an army quartermaster depot. Not a neighborhood I knew existed.

One of several cool things about immersive art is the space it occupies. Often the actual venue has been saved from a wrecking ball to be revamped into a once-again-useable building. So not only does the space create a holistic experience for an audience but breathes new life into an older structure. While museums focus on visual arts, immersive art spaces often spark other senses such as touch, hearing, smell and sometimes even taste. You don’t just look at art on a wall, you become a part of it. And every person who attends the Van Gogh does just that.

When we first entered the massive exhibit room, all that was visible were video-projected stars – a la “Starry Night” – all over the walls, ceilings, floors, and art enthusiasts who were inside already. On the floors were video-projected circles six feet apart, where viewers could either sit on benches long enough for three, stand, or plop down on the floor to watch. The show itself uses 98 video cameras placed at intervals around the room. I felt like a child seeing the star-strewn night sky out West for the first time. “Wow!” was my gut reaction, and it kept coming throughout the entire, astonishing show.

We chose a bench, the production began, and we viewers were transported into a world I’d never before experienced. Ginormous video images of Van Gogh’s paintings began lighting the walls. First, his early dull but careful brown-and-white renderings of peasants eating potatoes and a farmer sowing spuds. These paintings soon transformed into vibrant yellow-and-orange sunflowers, cypress trees, vivid-hued houses in Arles, blossoming fruit trees and verdant fields in the French countryside. Ever-moving images sprung up all around, covering the wide walls, sometimes melding across the floor or rising to travel the ceiling. Along came those familiar faces that peopled his paintings – Dr. Paul Gachet, Baby Marcelle Roulin, his landlady – followed by his tiny bedroom, then scads of self-portraits, with eyes that grew more sunken and haunting as the years went by. Vincent the younger, Vincent in a farmer’s straw hat, gaunt Vincent, Vincent with a bandaged ear.

All was accompanied by a fascinating soundtrack, composed primarily by musician Luca Longobardi, with works of other musicians sprinkled through liberally, including pieces by Handel and Mussorgski and the well-known, haunting “Non, je ne regrette rien,” sung by Edith Piaf. The brilliant mind that designed and conceived this stunning exhibit was Massimiliano Siccardi, who along with Longobardi, pioneered immersive art experiences in France. Obviously, geniuses in their own right.

During the hour-long show, I was completely mesmerized, rapt upon image after image wandering around the huge space. All too soon, the visuals and music stopped. I could have sat through the performance again and again, and I remember sort of floating, high on art, through the rest of the afternoon.

For this art ogler, the Immersive Van Gogh was a life-changer that has left me filled with wonder…about the artist himself and his life, about the minds that created this show and the marvelous technology that made it happen, about our own local artists who feel called to express their talents and the gifts they create that bring beauty and new ideas to spark our imaginations, about how wide the world really is, and how much art feeds our souls.

It’s all about the people who make art and the people who experience art, who give it the chance to change their lives. And perhaps part of that change can be opening your mind – and your arms – to love your fellow man just a little bit more. To at least think of that as a possibility.

All those years ago, Van Gogh, troubled as he was, declared, “I feel there’s nothing truly more artistic than loving people.”

Loving as art. Now there’s a thought. Give it a try. Immerse yourself in your fellow man and watch your perspective widen into genuine caring. 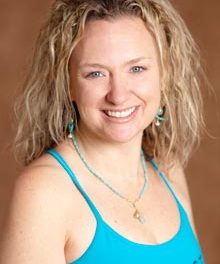 Put Your Feet Into the River