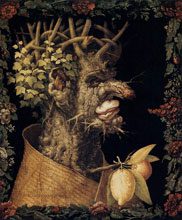 There is much still to clean up in the garden and grounds around the old farmhouse. A frost a short while ago turned some of the winter-dormant plants to mushy mounds or bare sticks, for they had all been growing as if fall and winter cold would never come.

It came and went, and a January spring came and went as well and came again; but now, preparations for winter survival begin, albeit late. That sudden shock of cold spurred all sorts of shutting down amongst the living things. Such shocks, such signals, are the necessary impetus for plants to store their sugars and energy in a place safe from winter’s harm.

I’m still cautious even after the leaves have yielded all their chlorophyll and become brown and crumbly. I have been surprised almost every winter to discover what a layer of a plant’s old leaves, fallen with frost’s insistence to the plant’s base, has managed to insulate from the cold. The tough old American native Turk’s Cap shrub, Malvaviscus arboreus, always drops its leaves a bit at a time until it is completely bare-stemmed by December. Here, those bare stems always freeze, brown and dead; but, at any point during the winter, sweeping away a few of the fallen leaves reveals vibrant stems at ground level, green and perhaps with a tiny bit of new growth. The temperature beneath a few dry leaves is sufficient to keep these stems growing through killing freezes only an inch or so above ground. Removing old leaves and dry branches just exposes the plants to damaging weather so, these days, I leave more and more such material in place, removing only diseased leaves and stems.

Another native, the oakleaf hydrangea (Hydrangea quercifolia), has this year given a wondrous display of 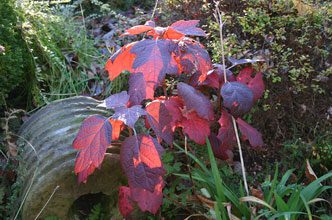 brilliant red foliage, months after its handsome white panicles of flowers have faded. For many years, I had no success at all with this hydrangea, despite its being native to the region and despite my success with numerous other species and varieties of hydrangea. Having learned to adjust their drainage and exposure, I now have several different types (none with leaves that look to me even remotely oak-like), including the smallish—not really dwarf—Little Honey, with bright chartreuse leaves in spring and summer, and several standard versions of the species. Every single one of them has this year made that wonderful fall foliage for which the oakleaf hydrangea is famed. Even after the recent frost, the big crimson leaves are healthy and putting on a show. This is a plant I hope to site all over the grounds where it will get sufficient sun, shade, and moisture. I hope to use some of the several new types with exceptionally full flower panicles as well as these older varieties.

The show of autumn color this year turned out to be much richer than it seemed it would be early on. I find that different species of trees seem to react to different seasonal conditions in various ways. This year, for instance, the dogwoods (another cherished native,Cornus florida) had magnificent coloring for almost a month, and some of the sweet gum trees still are holding on to a few of their fall-red leaves.

The Kieffer pears (Pyrus communis x P. pyrifolia) behaved differently depending on location: the two trees in the back yard were gold, yellow, red, and purple; the tree in front turned a magnificent uniform golden yellow from top to bottom. Most trees, however, provided little color change between summer’s green and the post-frost brown. It would appear that the deciduous trees in our woodland had shed only a bit more than half their leaves at the end of November. I suspect that our next freeze and some wind will strip most of their remaining cover.

That won’t leave us bereft, however. Our mixed woodlands comprise a rich variety of conifers, deciduous trees, and broad-leafed evergreens, both trees and shrubs, and those areas blessed with a creek or a spring or one of the miraculousCarolina Bays offer the richest opportunity to see holly.

There are hundreds of Carolina bays, those mysterious seasonally-wet geologic formations (some hundreds of acres in size, some an acre or less) in this inland South Carolina county, although most have been cut and plowed and planted. Few retain the unique—and now, rare—ecosystems such structures originally provided, but one or two nearby the homestead retain some of the characteristics peculiar to the bays. Some are the sole location for certain carnivorous plants, and some host unique animal life adapted to the odd depressions.

I need to empty all those pots and planters around the garden, the ones whose occupants have gone the way of all annuals or have succumbed to vermin or disease. There are dozens, filled with old potting soil, which must be gathered, dumped, cleaned, and stacked in the potting shed. The spent soil may carry disease; it certainly carries weed seeds and fungal spores and insect eggs and pupae. I don’t, therefore, reuse it for new plants. Rather, I treat it as an ingredient in my compost, joining other organic materials from the kitchen and the garden to rot and cook and mature into the rich black stuff I will use in the garden.

These washing-up duties are as essential in the garden this time of year as they are in the scullery, and they extend beyond merely dumping out the old soil. Ideally, the old pots (and I use all sorts—richly colored old terra cotta, glazed stoneware, and plastic nursery containers) should be scrubbed and soaked in an antiseptic bath of water and chlorine bleach. In truth, I manage most winters to do this with only a portion of the pots. The others get scrubbed, or at least brushed clean of debris and soil residue, and set aside for eventual reuse.

Such hygienic tasks are absolutely essential for commercial nurseries. An astonishing number of diseases and invasive species are introduced throughout the country when infected materials are distributed to big-box retailers. Small home gardeners will do well to remember the ease with which disease and other problems can spread in the home garden as well; we’d all be more successful gardeners if we sharpened our hygienic practices.

Speaking of sharpening, another janitorial task which should be done between now and the start of the busy gardening season is caring for the tools we use in the garden.

The several edged tools—vital shovels and spades, trowels and machetes, clippers, loppers, and saws—all benefit from a good sharpening with an appropriate file, sharpening stone, or wheel. An application of oil will help with preventing rust, too, after these implements are stored. Of course, we will remind ourselves to repeat this sharpening and oiling process during the season when they are being used; it makes labor in the garden so much less arduous.

The garden, of course, has seasons other than Fall and Winter; there are tasks and janitorial duties all year long.

Note: The images used to illustrate this essay derive from Wikimedia Commons: Image 1, the Louvre, Winter by Arcimboldo; Photo 2, by SB Johnny 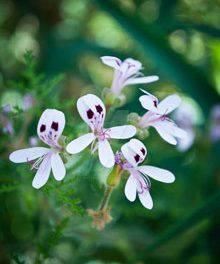 Ghosts of Plants I Have Loved and Lost 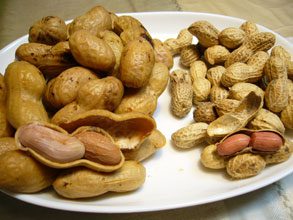 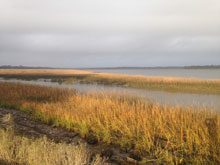