Orchids may be the largest group of flowering plants, with some 28,000 species growing in virtually every environment on Earth. To be honest, some experts now think that the family of asters and their relatives may actually be larger, but I tend to ignore such blasphemy. Orchids are the king, as far as I am concerned.

We all know the orchids, of course. They’re those spectacularly showy blooms in green houses and florist shops, although new tissue culture techniques mean they show up at remarkably inexpensive prices even in the local grocery store. The blooms are so showy, some purists consider orchids too gaudy to take seriously.

Nevertheless, there are many of us who recognize the beauty of an orchid’s bloom; we celebrate their unique, unusual shapes and their glorious range of color. We may be forgiven if we disregard the plants’ foliage, which in most cases is fairly plain and not all that interesting. Often, the foliage is downright unattractive.

It is true that some orchids require some specialized care, perhaps approximating a tropical forest environment or a high bluff over a steamy river. Many, though, are beautifully suited to easy home care, with only regular, minimal attention and appropriate light levels.

Here’s the kicker, though: orchids are everywhere! Well, almost everywhere, anyway. And I’m here to tell you about two of my favorites, two you may already have come across in your walks around local woodlands or even while mowing your lawn.

The first, my family has come to call “the invisible orchid,” since its stalk of many small flowers in the late summer seem almost always to blend into the background of fallen leaves on the floor of the forest. It is also called the Crane-fly orchid, for the shape of each little flower is remarkably like that of the cranefly. Botanically, it is Tipularia discolor. 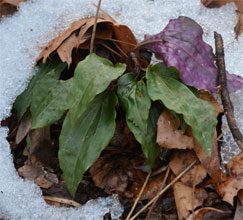 year to keep your eye out for it.

There are numerous colonies of the Crane-fly orchid in our woodlands where the fallen leaves provide a fairly acidic layer of organic matter to the soil. Unknowingly, for years I often passed by these clumps of striking green leaves, low, flat to the ground, on woodland walks during the fall, winter and spring.

The leaves are green on top, perhaps with a crinkly texture (although not always) and sometimes accompanied by purplish spots. The underside of the leaf is hidden, and it surprises you when you turn over the leaf to spot its beautiful purple lower surface. There is no stem attached to the leaf, which keeps the leaf flat to the ground, and there is exactly one leaf to a plant.

In spring, as the weather warms, the single leaf fades, dries up, and dies back to the ground.  A few weeks or months later, a single, leafless thin stalk arises from the ground, reaching some 12 to 15 inches in height. Along the stem many tiny flowers, varying among creamy white, to pale greenish, to definitely purplish-brownish in color, open sequentially from the bottom, the petals almost threadlike. The flower color is often a nearly perfect match for the mottled browns of the leaf litter on the ground.

It’s not the flower of this orchid which is showy; instead, it’s the leaf which grabs our attention. But both are worth stopping to appreciate and examine.

Another orchid is one I first spotted as I was mowing my lawn. There were indeed several in the lawn, and I had already absent-mindedly mowed over at least one blooming plant before I realized what I was doing.

This was the Lady’s-Tresses Orchid, or “Nodding” Lady’s Tresses, Spiranthes cernua,and its preferred habitat is a bit different from that of the Crane-fly Orchid. This orchid prefers more open habitat, more sun, so it is often found in meadows and open areas – such as a lawn.

The leaves of the Lady’s Tresses Orchid (pictured at top) are not so showy as those of the Crane-fly Orchid; they are usually some 6 to 8 inches long, thin and narrow, straplike, very like a lily’s leaves. They form a basal rosette, growing from a central spot close to the ground, and the leaves do not die back once the flowering begins in late summer.

You’d never call the Lady’s Tresses Orchid an “invisible orchid.” No, this one is definitely showy, although modestly so for an orchid. The bloom stalk rises some 12 inches or so from the ground (unless, like me, you’ve mowed it down a couple of times without realizing it), and the tiny white flowers spiral around the stalk most interestingly in a single-file swirl up to the tip. There are other species of this orchid around the world which have a double-file spiral up the stem, sort of like the double helix of the DNA molecule.

You’ll notice that the individual flowers tend to face downward along the stalk, hence the common name “Nodding Lady’s Tresses,” a trait which differentiates this species from others in its genus.

In our front lawn at the farmhouse, there appeared one year a dozen or more of these lovely little orchids. Doubtless, they had been there for years, but I’d never looked close enough to notice them. Nowadays, I start looking for them to appear every summer.

Keep your eyes wide open as you stroll through the woods and as you mow the lawn; you never know what treasures await your discovery, and sometimes they may be as rewarding as finding your own native orchids.

Nb. Photos of Cranefly Orchids are copyrighted by the noted garden writer, Marian St. Clair, and are used with her generous permission. The image of the Lady’s Tresses Orchid, by photographer Thomas G. Barnes, is in the public domain. 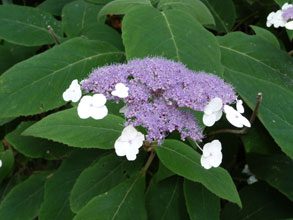 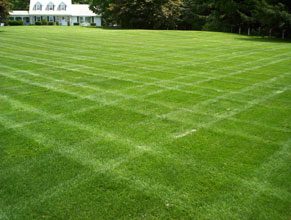 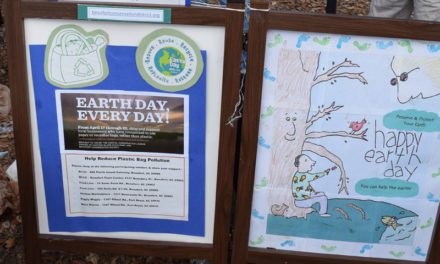