Grousing About a Grumpy Gardener

“Crape Murder.” Hmmm. I’m told it was Steve Bender, the Grumpy Gardener of Southern Living Magazine, who coined that phrase and he undoubtedly thought it was catchy and clever. Well, it was. Kind of. But overuse has made it really annoying, and it’s just wrong, wrong, wrong!

Whatever your feelings about the appearance of a murdered Crape Myrtle tree, the truth is it does not weaken or harm the tree. Much less murder it. The practice is actually called “Pollarding,” and that technique has been in use for centuries.

Look it up. Pollarding is usually started on young trees. This process keeps the tree in a partially juvenile state; thus they can often attain an age much greater than a ‘maiden’ tree. There exist today stands of pollards dating from the Victorian age and even much earlier.

Farmers pollarded their trees to harvest the new growth for silage for their animals, to burn for fuel, to make implements, for barns and pens, and for fences.  Rather than cut down the tree and end its usefulness, they had a sustainable resource that would last for decades.

We don’t cut back our Crape Myrtles for such useful purposes. We do it because this tree flowers on new growth, and pollarding not only keeps the tree a manageable size, it encourages a fuller canopy and larger flowers.   This is why the practice was started in the first place. Not just to annoy the sensibilities of elitists.

Or, sometimes because the tree just grew too big for its allotted space. Who among us hasn’t had that happen with a tree or shrub and are now committed to a lifetime of pruning? Who can cast that first stone?

Other than the misconception that pollarding hurts the tree, the main complaint is simply

that pollarded Crape Myrtle trees don’t look natural when not in leaf.  We don’t hear those same people complaining about ‘Loropetalum Murder,’ when these perfectly lovely fountain shaped and flower producing shrubs are regularly hedge-trimmed into rigid, flowerless boxes or blobs. And does pruning shrubs into animal and other weird shapes everlook natural?

Gardens, by their very definition, are notnatural. Gardens are all man made. Well, except for Eden . . .

A noted Carolina nursery and plantsman even complained in his newsletter that while waterboarding was illegal, Crape Murderers got off scot free. When I called him on what I thought was an inappropriate comment, he retorted that it was “an unhealthy practice that weakened the tree” and he wanted it stopped. Even professionals don’t do their homework. That same nurseryman even compared topping Crape Myrtles to beheading by terrorists. Insensitive? Inappropriate? Ya’ think?

The phrase ‘Crape Murder’ has spawned many vicious websites and blogs, calling the practice stupid, bizarre, ugly, dumb, a hideous crime, a massacre, a felony, sadomasochistic, butchering and worse. They’re talking about pruning a tree, for heaven’s sake! Really!? I was appalled that writers who call themselves gardeners and professionals could be so nasty and vituperative about someone else’s landscape choice. Like my fellow columnist, Will Balk, they could have simply expressed their opinion that it is unnecessary or unattractive (my opinion about most topiaries). And he didn’t refer to the practice as Crape Murder, either. Thank you, Will.  Personally, I kind of like the weeping look of a pollarded Crape Myrtle tree in flower.

Gardening, like almost everything else, goes through phases. In the late 1990’s, Sago Palms became so popular that you saw them everywhere down here.  Years later, when they got to be 10 or 15 feet wide and people couldn’t get around them to put their car in the garage, they were scratching their heads wondering what to do about them. Most settled for ‘limbing’ them up; leaving them, you guessed it, unnatural. No one accused them of Sago Slaying.

You don’t see much new pollarding now. I think that phase is over.  Probably the main reason for the decline in pollarding is that the choice of Crape Myrtles has expanded so dramatically that we can now choose a tree that naturally fits the site rather than pollarding one which has grown too large. 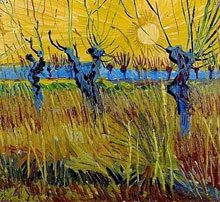 But I do wish that that annoying phrase, ‘Crape Murder,’ would be erased from our lexicon. Most people mean to use it merely as a descriptive, not judgmental, phrase, without any malice intended. But it is pejorative and just using it makes them judgmental. The bottom line is that your garden is your garden, and it’s nobody’s business how you tend it.

Vincent van Gogh loved pollards. It was the subject of many of his paintings and sketches. The artist admired the beauty of pollarded trees’ solitary figures and stated that “One should draw a pollard tree as if it were a living being.”

So to the people who continue to castigate the pollarder with that cutesy epithet, I remind you: beauty is, after all, in the eye of the beholder andmost importantly, it’s not your tree! 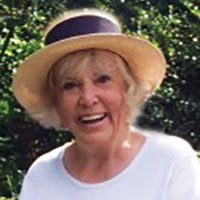 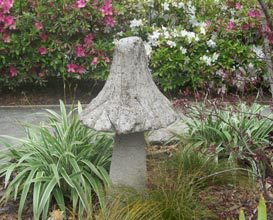 A Garden-a-Day Keeps the Blues Away 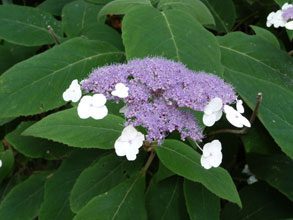