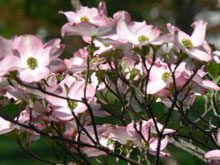 We’re only three weeks into spring and already the last of the camellias are fading, the classic azaleas are past their peak, and mowing the raggedy-looking lawn is beginning to look like an immediate necessity. Barely spring, yet summer weather is announcing an early arrival. There will be plenty of blooming beauty coming with the hot days, of course, and perhaps it will last longer than the short-lived season of spring eruptions of bloom.

Well, that may be overstating the case. The camellia season started for us early last October, as the Camellia sasanquas and their hybrids came into their pastel glory, peaking in January and February. But, even as the sasanquas were at peak bloom, the Camellia japonicas – the reigning queens of the garden – were mounting their own spectacular show. Some of the japonicas – Otome, Lady Clare, Herme, at the moment – are still going strong, although the huge old camellia bushes have few flower buds following this final burst of floral richness. Right now, the exquisitely perfect little pink flowers of Otome (popularly called Pink Perfection in these parts) are struggling to peek through the bronzy feathered leaves of the rampant wisteria, which, unbidden, has attempted to overwhelm the grove of bushes in the camellia garden. Seven months of magnificent bloom. That’s what we get from our camellias. It’s worth fighting off the malignant wild Chinese wisteria.

Much shorter is the bloom season we’re getting from our native dogwoods. I seem to remember these wonderful showy trees in our yards and filling our woodlands with weeks of their whiter-than-white flowers, borne on the barest of branches, fading away well before the new green foliage appeared in the spring.

No more; for several years, it seems, the dogwood blooms appear quickly, make an impressive display beneath the pines and cedars and magnolias in our woods, and then are quickly overwhelmed by the bursting greenery as spring rushes headlong through the landscape. There’s not long enough for fully enjoying those beautiful flowering trees above the similarly short-lived masses of pink flowers of the wild azaleas beneath the dogwoods.

Many years ago, in an effort to place some handsome trees in our three-acre front yard at the farm, my father dug some small seedling dogwoods from our woodlands and transplanted them among some quicker-growing seedling pines at an appropriate viewing distance from the big porch across the front of the old house. They’ve grown well, and handsomely formed, and now reach some twenty feet or so high and about as wide. In bloom, these are quite the showstopper display.

Well, except for one, which is a bit scrawnier – not so tall, not so wide, and a good bit slower-growing. Still pretty, once it puts out its new leaves, this littler one just never bloomed.

Until this year, when its first ever slow-opening blooms seemed to cover its bare branches with an oddly off-colored inflorescence. Something not quite pure white, like its sister trees nearby, but rather a sort of rosy tint. And as the flowers opened and matured, unmistakably this tree was a pink dogwood – albeit, a pale pink dogwood.

Pink dogwoods, of course, have been planted in gardens for many years, and the range of shades of pink is huge, reaching all the way to a quite convincing red flower. What was odd was that this tree, this seedling, had been dug in our woods, where no pink or red dogwood has ever bloomed and miles away from any garden with a pink dogwood in it. An utterly delightful surprise, made even more surprising by its questionable parentage.

My father, a child of the depression, was by nature a very thrifty man. It made no sense to him to pay thirty dollars for a nursery-grown dogwood tree when they were available by the hundreds in the woods. These had the advantage of clearly being acclimatized to the growing conditions here – although their new location gave them much more direct sun than they would have had in the woods. Their success encouraged him to try transplanting several other natives into the yard, so now we have large beautyberry bushes, with their long stems of purple-blue berries each fall, native azaleas, which seem to grow much more densely and flower much more profusely in the yard, and several upland live oak trees, which grow astonishingly quickly under favorable circumstances.

This farmland has been farmed and occupied for hundreds of years, and there are old family graveyards in various spots around the acreage. There’s one graveyard just a few yards from the backdoor of the other farmhouse just across the road, where its quiet residents await eternity beneath an old oak and among some scraggly yucca plants left to decorate the sacred spot. Another is beyond the field next to our old farmhouse – at the crest of the little hill, among pines and native magnolia trees, gnarled and far-reaching branches taking up most of the little burial precinct. Families have planted old camellia varieties here over the last century and a half, and these camellias have bloomed and made seed and had offspring appear all around the gravestones.

My father rescued several promising camellia seedlings from the graveyard, transplanting them in the camellia 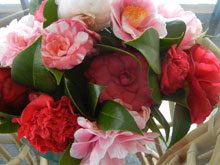 grove near the farmhouse. Since they were seedlings, with mixed and unknowable parentage, there was no way to know whether any of the seedlings would make a decent flower eventually, but even an unsuccessful camellia has its own beauty.

The seedlings grew for years before they bloomed. They were fairly standard pink double flowered blossoms – except for one. That one produced wonderful large blooms, double, in a warm mid-pink color and with strong, heavy petals.

Even more surprising was its growth habit. This one, instead of growing upward strongly like most Camellia japonicas, grew with multiple main stems from a central crown, and each of those main trunks had a surprisingly limber growth. The limbs bent naturally outward and downward, making for a spreading – almost weeping – form. When it bloomed, it produced hundreds of those large pink blossoms, and their weight further emphasized the weeping structure of the plant. By accident, and by frugal good fortune, my father had found a treasure… and it blooms still, in his memory. 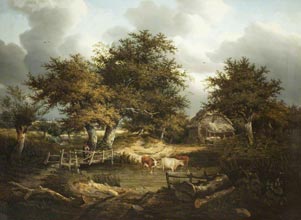 Ghosts of the Garden 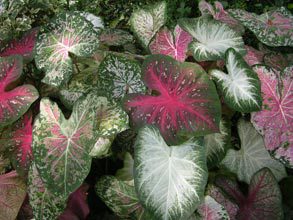 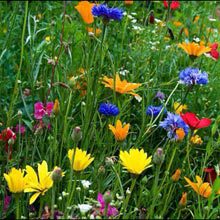