Signs of the approaching cool weather are everywhere. The Camellia sasanquas are blooming, the bees and butterflies are plentiful and the mornings have been chilly enough to make me break out the sweaters. Surely we will have many mild and sunny days to come but just to err on the side of caution, it’s time to put the garden to bed.

I have been caught too often scurrying around bringing tender plants indoors and protecting others as frost looms. This time I have been proactive and the houseplants are back indoors and those tender perennials and shrubs are well snugged up with a good mulch to keep their roots warm.
We all know why mulches are important; in addition to holding down the weeds, they keep the soil moist and cool in the summer and hold that heat in the soil during the cooler months. We have a lot of options where mulches are concerned and everyone has their favorite. I use several types myself as I find different products are more effective in different situations at my home.

Bark mulches come in several types. Triple ground or bark fines are, as it sounds, finely ground bark. This gives a clean look that packs down so well it tends to shed water. It makes a good weed barrier if a heavy layer is used. It is attractive, especially for paths where air and water penetration is not necessary. Other bark selections include shredded and nuggets. Shredded bark has been shown to not be very effective as a weed barrier and it too can pack down and shed rather than absorb water. Remember, wood in any form is buoyant so larger bark nuggets, which will help to suppress weeds, are more likely to float away in a heavy rain. I have misgivings about mulches just labeled “wood chips” as those, especially the ones that are dyed those garish colors, are actually ground up pallets that have passed their usefulness. I prefer mulches that actually indicate tree bark like pine or cedar or newer sources of wood like melaleuca were used. Stay away from cypress, it is excellent mulch but it has been over harvested and is considered a non renewable resource now.

Every bit as effective, much more affordable and my personal favorite, is pine straw. This product has been used for centuries to protect and enrich Lowcountry gardens. As it breaks down and composts it adds a bit of acid to our soils which traditional Lowcountry plants like camellias and azaleas love. Most often the straw we see today is gathered from our abundant Loblolly and Slash Pine forests. These trees are fast growers and those who grow timber prefer them because of the early return on their investment. Their straw or pine needles are about 6″ to 8″ long and they are a rich reddish brown when freshly harvested. The downside is that this color quickly fades and the straw rapidly breaks down, requiring re-application several times a year.

However, there is an alternative pine straw that is, once again, becoming more available. Back in the 1600’s there were approximately 60 million acres of Long Leaf Pine in the country. The outstanding quality of this lumber was so highly sought after by Americans and Europeans that by the early 1900s the species was almost completely wiped out. I had occasion recently to learn more about these trees from one of the owners of Big Survey Pine Straw, a wholesale operation specializing in growing long leaf pine at their plantation in Yemassee, where they are nurturing thousands of these special trees and harvesting the pine straw. During the early days forest fires, generally started by lightning, performed several valuable functions for the Long Leaf forests. The trees with their thick asbestos-like bark were not harmed, but as the underbrush was cleared by the fires a carbon residue was left to fertilize the trees. Fire is also necessary for the reproduction of Long Leaf. There is evidence that Native Americans understood the advantages of burning and conducted the original controlled burns. Soon civilization intruded and settlers started putting out the fires. Between over development and over harvesting, primarily for shipbuilding, the Long Leaf almost disappeared. The folks at Big Survey are replanting and recreating the necessary cultural conditions these trees need to thrive. Unlike the Loblolly and Slash Pines which mature in 14 to 28 years, it can take 28 to 40 years to grow a Long Leaf to maturity. They do not even produce fertile seeds until they are about 30 years old. They are characterized by unusually long needles, averaging 12″, but they can reach 15″. The advantage of these long, thick needles is that they tend to weave themselves together making a mat-like mulch which does not pack down as easily as other mulches, so it provides excellent insulation. Water and air penetrate easily and it never floats away in a storm. As these Long Leaf forests become established, weeds are pulled by hand and twigs and pine cones are picked up, also by hand, insuring the straw is clean before it is raked – by hand. All the hand work involved and the lengthy time to grow a tree to maturity make this straw more costly; however one of its finest features is that the needles tend to hold their deep red brown color for about 11 months requiring far less frequent applications. It is a fascinating story and this is a beautiful mulch and very special as there are so few growers farming these extraordinary trees. You can ask your local independent garden center or landscaper to order it for you as true Long Leaf is still rare and hard to find.

For the next few months temperatures in the Lowcountry will likely be following the normal pattern of highs and lows, totally confusing your plants that are genetically programmed to either grow or rest. Mulches help moderate this wildly swinging effect and help prevent plants from budding out during the warm days and freezing when the temperature plummets. It’s bedtime for your garden so be sure to get out there and blanket your soil. Choose your mulch wisely and your garden will look better too.

Read more How Does Your Garden Grow? 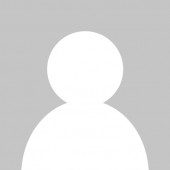 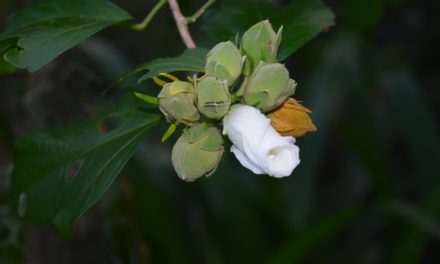 A Lazy Gardener Ponders the Garden

The Subject is Roses