Since the end of the world did not take place this past May 21st, as predicted by the false prophet Harold Camping, we now have another shot at getting our fashion on and another chance at getting it right – both for our eternal souls and our eternal fashion statements!

I am sure everybody on the planet heard about this man and his erroneous beliefs that held a good majority of believing Christians and others by the short hairs regarding Jesus’ Second Coming. Crazy Harold now says it will happen later in the year! Oh, Harold, we hardly knew ye!

On Saturday, May 21st, FASHIONGRANNY found herself in downtown Beaufort at the UPS store. There were a couple of people there mailing packages, as I was, and the topic of conversation in line was,” Is this the day the world comes to an end?” (This is such a great town, I swear! People actually speaking to one another in friendly conversation, what a concept!)

One woman was so distraught over this “prediction” she was considering the necessity of even mailing her package. Another customer was laughing about it, but in that nervous laughter he wondered aloud not only if he should mail his package, but if he should even carry on with his Saturday duties and plans for the future!

I was astonished at the effect this donkey, Camping, had on the average person and saddened that both these folks, as I found out by inquiry, were believing Christians! I did my best to educate them, by bringing them the Word of God from the Bible, and directing them to the chapters and verses that plainly tell anybody who can read that “No man knows the hour or day in which the Lord will return for His Own” (as paraphrased by me). It was sad to see them searching for answers and respite on this supposed last day on Earth, and to hear them verbally wondering if their “house was in order,” so to speak.

These people were questioning life as we know it, and I was questioning, of all things, why I’d come to town looking like a bum! If the end were near, I might be soul ready… but how did I look? Ever the Fashionista!

So now that I’ve straightened out all the important stuff… I said all that to say this: What if this were the last day on Earth? Would you be ready and dressed in your spiritual best… and would you also be dressed and ready in your best earthly fashions?

FASHIONGRANNY is concerned where you will spend your Eternity, but I also want you to look great now and for tomorrows to come, until that day!

Remember when your Mom told you, to wear clean underwear, as you never know what might happen to you? “Heaven forbid, there might be a fire and you might have to go to the hospital, and what would the nurses think if you weren’t tidy? And what would they think about me?” I think we all can relate to that convoluted train of thought that parents push to get us to learn the importance of tidiness in dress. Actually, maybe it wasn’t so convoluted as I can still hear my Mom saying such, and I definitely continue to wear clean underwear! Whatever it takes, right?

For me, the thought of being unprepared for any planned or happenstance event is awful. No, I am not a freak, and I am neither obsessive nor compulsive, by any stretch of the imagination, when it comes to dress. I do know, however, it is just as easy to be clean and groomed, decent and in order, no matter what your fashion taste, as it is to be rumpled and soiled, appearing like you don’t care! If all you have is one shirt, one skirt or slacks, one pair of underwear and one pair of shoes, why can’t they be clean if not pressed? Take your own advice, Granny!

Here’s a repeat story that still rings true. I remember long ago witnessing a woman coming out to the road, evidently to retrieve her mail from the roadside mailbox. I was on a rural road, and there was not much traffic. I slowed down, startled by the movement after traveling so many miles without any human or animal sightings. In passing, I realized that this woman was doing what I do daily – going to the road to get the mail. I saw myself in her.

In that split-second observation/analysis (the mind is a terrible thing to waste!), what caught my eye was that her clothes were as dirty and rumpled as clothes could be. Not hard-work clothes, but my arch-enemy, hamper clothes!

I instantly pooh-poohed my criticism, not wanting to be judgmental; after all, she lived in the country, there was no one for miles, maybe she was digging a ditch prior to this, and, after all, “she is only going out to get the mail! You know, like you do Granny. Let it go weirdo!”

At that moment I had an epiphany both natural and supernatural. What if something important occurred? What if my prospective employer just happened to see me? What if I was locked out of the house and had to walk miles to a phone or try to catch a ride?  Would anybody stop to help while looking at me, this rumpled mess? If I came to their door, would they open it? I sure wouldn’t!

How much would it have taken to make sure I was less rumpled, even for an action as simple and quick as going to the mailbox?

I realized that once I leave my home, even to venture to the edge of the driveway, I become an advertisement for the life I lead. The world judges me by my outer appearance, and although this is wrong, it’s fact!

Gee-whiz, kiddies – I, like the rest of you, want to say, ‘it‘s none of your business, I‘ll do and dress how I want, blah, blah, blah,’ but since I am in this World (if not of this World), I’ve got to walk my talk and always put my best foot forward in the fashion department!

How can I be yapping about the right and wrong fashion if I, myself, don’t care? I refuse to be that mechanic who fixes everybody else’s car and his doesn’t run!

We want to be dressed in our earthly best, right? When the world does come to an end, or, for the Christian, when we go to our heavenly home to live with God, I want to have not only a clean heart… I want to have on clean underwear!

Just like date night, I want to look and be my best! I want my outside to match my inside!

Then I won’t have to be frightful and worried about some dummy scaring the pants off of me with his lying tongue or somebody passing me by when I’m in need because I look like something the cat refused to drag in. I’ll know I’ve done my best!

You’ve got to stand for something so you won’t fall for anything!

I remember being a Girl Scout. I learned how to tie a square knot and how to build a tee-pee and log cabin fire, and so many other life skills. Of course, I loved dressing in uniform, with my sash covered with colorful badges, the most! I was fashion-happy even then!

I’m thinking of this now as I also remember the most important thing they taught me. Be prepared. 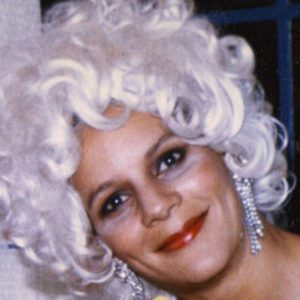 Just Say No to the Jane Austen Look