A Love Letter to the Water Doctor

I treated water for a long time.  It was my career for over twenty-five years.  I began treating water in Savannah, Georgia working for Calgon Corporation.  Even though people confused Calgon with the Culligan Man or the woman in the bathtub, her hair pinned up in a chignon as she dripped bubbles and pleaded with Calgon to take her away from the exhaustion of her everyday life, neither was a true portrayal of what I did for a living.  I treated industrial and municipal water with chemicals, and not the kind you put in your water softener or bathtub.

I was a woman heading into my late twenties when Tom came on the scene as my area manager.  Tom was, is, and will always be the consummate water professional, and I believe he loves the science and chemistry of making water perform efficiently and predictably.  In his terminology, Tom did “the water treat.”

Tom was promoted and transferred to Savannah close to 1984, and assigned a new role managing me and a couple of fellows south of Savannah – one in Jacksonville and another down around Brunswick.  All of us worked in paper mills, utilities, and other manufacturing plants.  Tom tried to teach me water chemistry.  I graduated with a B.S. in chemistry, but I double majored with a second degree in politics, and that is the real heart of my “BS.”  I am a salesperson first, and a chemist somewhere else.

I worked for Tom, but I also reported to Bob, the southeast district manager for Calgon.  When I called on Union Camp and the clay fields of middle Georgia, I primarily reported my sales calls to Bob.  When I called on Westinghouse in Hampton, or tried to get business at utilities or municipal water treatment plants in and around Savannah, I reported to Tom.  My independent spirit reported to no one.

Tom tried to teach me the concepts of cycles of concentration in cooling towers, blowdown in boilers, water hardness and scale, the science of corrosion, and bench tests to guide operators and me in corrective measures to make water work better.  I was good at the mechanics of the job.  I liked fixing pumps, installing corrosion racks, adjusting conductivity meters, and collecting samples.  I could run basic lab procedures – pH, free and total chlorine, colorimetric tests for phosphate and molybdenum.  If I needed to go further – perform boiling tests or calculate efficiencies – my interest and enthusiasm stopped.  I would rather distribute donuts to paper machine tenders, or Christmas hams to operating engineers, than sit in an office with Tom as he drew diagrams of water flows on a whiteboard, both of us frustrated with my inability (or lack of desire) to grasp the nuances of “the water treat.”

I left Savannah to go to work for a competitor in Louisiana in 1986.  I left Calgon for bigger reasons than work. Mac had taken a transfer as the public affairs officer at the Naval Support Activity base in Algiers, and I was able to secure a position as a district representative in New Orleans, making it possible for us to get married at Holy Name on St. Charles Avenue.

One morning as I was making the bed and getting ready for another day of treating water in The Big Easy’s hospitals and hotels, Tom called me.  He had been promoted to district manager in Baton Rouge.

I recognized his voice immediately and was surprised by his call, but would not let on.

“I was wondering if you would be interested in coming back to work at Calgon.”

“Who would I report to?”

“Are you still a bastard?” I asked, remembering the confrontations we had had over sales strategies and technical presentations.

“Yes,” I answered, and that was the conclusion of my job application and interview.  I went back to work for Tom with a vengeance, traveling up and down the Mississippi River, selling chemicals, and learning more about boilers from the master.

Over the two terms I worked for him, Tom and I sold to guys in Augusta who raised goats as four-legged landscapers for grounds around a water treatment plant and painted their sinks blue to make the water look better.  We argued over the validity of my test results outside the office of a plant manager in Geismar minutes before we made a presentation to win a piece of business worth $600K.  We drank beer on long drives between Savannah and Macon after inspecting steam drums in the boiler houses of textile plants.  We danced in my backyard with friends and family after I graduated from Tulane with my MBA, a degree Calgon paid for and Tom supported.

Yesterday, I learned Tom has been diagnosed with Alzheimer’s.  Paula, Tom’s wife and guardian angel, sent me an email delivering the news.  It set me back.  More than that – the news is crushing, and as I drove over the Beaufort River on the McTeer Bridge early Tuesday morning, I broke down.

Tom is from West Virginia, over six feet tall, a man we kidded about having one leg shorter than the other (you have to be from West Virginia to understand) but that is not what makes him a giant for me.  Tom has always, always had confidence in me.  Despite what was my hardcore approach to life and work, Tom saw a fire in me that I sometimes failed to identify.  Tom let me fall, and then reached out to pick me up.  Tom let me go in 1990 when I had to follow Mac to Twentynine Palms and helped me secure a business development position in a part of the country where no Calgon employee had ever been.

I do not know where the road will take Tom and his family.  I know Beaufort is further away from Baton Rouge than I want it to be today.  I know we will stay in touch as best as we can.

Tom always teased me about marrying a Marine.  Over the years, he would end every phone conversation instructing me to tell Mac to “drop down and give me ten,” even as Mac’s status changed from active, to reserve, to retired.  I am not worried that Tom may forget to give me those instructions in our future phone calls, because I will remember.  No matter where this elusive disease turns in the lines and pockets of Tom’s brain, I know that a giant of a man has touched my life, and I am grateful for every lesson, every break, every counsel and joke that has passed between us.

Alzheimer’s can drop down and give both of us ten.  I just wish I knew, “Ten what?” 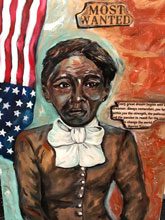