“I’ve been on this street 58 years,” says Cindy Corley. She’s helping to mind her mom’s store while her mother (Helen) runs an errand. Infinger’s Jewelry is one of the few businesses relatively unchanged this last half century in downtown Walterboro. A few blocks away on Washington Street you can still sip a Coke float at the soda fountain in Hiott’s Pharmacy while your prescription is filled. Otherwise much is different. “My mom actually moved into this store when I was two weeks old. I grew up on this street,” says Corley. As a girl she remembers emptying ashtrays (“yes, you could smoke in stores back then”) and cleaning up around the store for the dollar price of a Saturday matinee at the local movie house around the corner.

The theater’s long gone. So is the dime store. “Things have changed,” she says a bit wistfully. “When somebody leaves you think, what a loss. But then you meet a new person and they become a new neighbor and a new friend and things continue on, as they should. It’s not always bad, just different.”

Fifty-eight years has seen huge changes on the Washington Streets of America. Somewhere along the line, Main Street USA became a Disney attraction. Shopping malls, big box stores, fast food franchises and the great American car culture slowly began to choke the life out of Downtown USA. The real thing became harder and harder to find outside of a theme park, and with each passing year became more and more diminished. But where some see vacant storefronts others see opportunity. Cindy Corley and her husband John saw that opportunity right across the street from her mother’s shop under the big clock of the old Farmers & Merchants Bank. Six years later, the Corleys and Old Bank Christmas & Gifts are preparing for the annual open house extravaganza to mark their official start of the holiday shopping season. “Starting the first Sunday in October we’re open seven days a week right up to Christmas,” says John. The shop is packed with every sort of ornament and decoration imaginable. Many are collector’s items.

“The thing about Walterboro is that it’s still a hometown,” says Cindy. “We give you that down home feeling. That’s what I want you to feel like when you’re in my shop: you’re relaxed, you’re shopping, you’re having a good time, there’s no pressure. And Walterboro’s like that. The whole town is kind of relaxed.” I’m sitting in Downtown Books & Espresso, just across from Infinger’s, sipping a cup of damn good Joe wondering how often Dave Mustaine’s name has been uttered within the city limits of Walterboro. For all you non-metal heads, Mustaine is the lead guitarist and founder of the semi-legendary heavy metal band Megadeth. A well-dressed, conservative looking guy about my age is ordering a copy of the musician’s autobiography, Mustaine: A Heavy Metal Memoir. For some reason I find this odd and interesting.

I’m doing what I normally do in a place like this – gathering my thoughts and committing pen to paper.  In fact, this combo coffee house and bookstore has a vibe not unlike a few I used to frequent in my old Seattle neighborhood: laid back, relaxed, contemplative. The rows of bookshelves mingle with tables, chairs and sofas. A guitar leans against the old brick wall next to a table with a chess set ready for a match. The mother and daughter team of Catherine Freeman and Michelle Morris opened the doors nine years ago and have watched the changes up and down (appropriately enough) Washington Street. “I guess the main thing is that we have a lot more antique shops filling up the empty storefronts,” says Catherine. I ask if she has the feeling that things are really beginning to happen again downtown. “Yeah, I think so,” she says. e independent coffee houses along the entire length of I-95. The recommendation comes by way of the authors of the guidebook Drive I-95, which details an exit-by-exit breakdown of food, lodging, attractions, shopping and speed traps. As I mentioned, the DB&E serves up a damn fine cup of java. “We only use Island Coffee,” she says.  I’m familiar with them and a big fan of their beans since relocating from a place where coffee’s considered art – and in some cases, religion. “They’re in Ravenel [SC], and only import coffee from small fair trade farms all over the world, says Catherine. “They really know what they’re doing. They know their coffee.” I will vouch for that.

But coffee, tea, espresso and all the other goodies still play second fiddle to the written word. “The main thing is the book store,” she says. “We feature a lot of local history, books about the Lowcountry, and we have a great used book room (also mentioned in USA Today).  And how about the Mustaine book, is that an odd request? “No, not really,” she says. “I’ll probably get a couple more.” Dave, if you’re out there, next time the band’s on the road, please – please – wheel the tour bus in for a round of espressos and drop off a few signed copies of the book, dude. I step back out into the thick September air, suddenly aware of all of the red rocking chairs set out in front of the shops and restaurants lining both sides of Washington Street. The town symbol is everywhere, inviting visitors to kick back, take a break and slow down, Lowcountry style. There is also a sense of community and diversity here. The South Carolina Artisans Center is barely two blocks away, offering the single largest collection of juried South Carolina art in the state (see the sidebar). I’m a short walk away from two historic districts, an excellent museum, the Robert Mills designed courthouse and access to the Great Swamp Sanctuary – the largest preserve of its kind on the East Coast. There are day spas, boutiques, clothing stores, shops and galleries. The soda fountain at Hiott’s Pharmacy is a working time capsule. You almost expect to catch James Dean loitering over a malted at the counter. The primary restaurants are Irish and Italian: Gary Davis’ Blarney Stone and Carmine’s Trattoria. Carmine is actually from Italy. Both come highly

And of course there are antiques.

“I’ve been in the Antique business for 32 years,” says David Kinard of Lowcountry Antiques. He spent most of that time at a high end Charleston importer before going out on his own just as the economy decided to head south, so to speak. He heard about Walterboro’s growing antiques market from David Evans at Bachelor Hill Antiques, checked things out and moved in next door.

Like most of his colleagues on the street, he’s carved out a particular niche.

“I sell mostly 18th and 19th century decorative furniture and art,” he says and that means a lot of time on the road going from auction to auction. Sometimes that means closing the shop for the day. “You’ve got to get out there and buy the quality items. The buying is where you make the money,” he points out.

From the Green lady to the Great Swamp

The Green Lady Gallery’s namesake portrait hangs at the rear of the shop. The mystery woman in the sleeveless green dress lounges in a curiously disaffected pose, eyes cast down, her bare feet dangling. Owners Martha McKevlin and husband Eddie Dominguez blew the Charleston scene a decade ago and eventually opened this gallery in 2008. “We like to say that we have a little bit of everything and not a lot of anything,” says Martha.

Both are actively involved in various downtown development initiatives, including a plan to expand downtown beautification efforts with landscaping and a more pedestrian-friendly parking pattern (still free).

McKevlin also holds a PhD and teaches biology and environmental science at the University of South Carolina at Salkehatchie, where she preaches the religion of recycling to her students. “One of the things I always try and tie in with my environmental science class is the idea of re-using and recycling. Buying antiques can fall into that category if you avoid the

ultra high end museum pieces.” Dr. McKevlin says that kind of approach to the antique business should translate to a younger clientele looking for a higher quality of furniture than one might find at a trendy urban chain store. “We’re getting a lot more young people coming into the shop looking at things because they’re made of real wood – not particle board, veneer and formaldehyde.”

They’re also excited about a new energy that seems to be crackling downtown in spite of current economic woes. “We also keep inviting more businesses to come to Walterboro,” says Dominguez. He points out that his neighbor across the street has recently relocated from Summerville. “We don’t try to compete. There is no sense of competition because everyone has a niche. We all try to be different so that the people who come to see us find something unique in every shop.”

“We all try and promote each other,” echoes McKevlin, “because if everyone does well and people have a good experience in Walterboro, then they’ll come back.”

Part of that good experience goes beyond making a sale and just boils down to good old-fashioned Southern hospitality, says McKevlin. “I always tell people – particularly those traveling on the interstate – ‘thank you for stopping in Walterboro.’ What remains unsaid is that there are so many places they could have stopped.” Washington, a literal stone’s throw from the Antique District. This is the largest preserve of its kind on the East Coast, more than 800 acres of black water bottomland with braided streams of hardwood flats. Cypress-stained streams and creeks wind alongside a network of paved trails, boardwalks and bridges. Visitors can walk a stretch of

the old Savannah Road, a colonial era stagecoach route where it’s not uncommon to catch sight of deer, fox, wild turkey or any number of reptilian critters.

It’s a little hot for a long walk and the national bird of the Lowcountry, the giant horned mosquito, is out and in vicious abundance. A rumble of thunder decides my course. I will be back when it is cooler and there is more time to sit on a bench and simply be.

From Hilton Head/Bluffton take I-95N to exit 53 and stop in at the Welcome Center. The city’s excellent “Front Porch of the Lowcountry” brochure is packed with information and features a detailed, color-coded map to get you where you want to go.

From Beaufort, avoid the interstate and take 21N to 17N, then left on 303 (Green Pond Highway) continuing until it ends at Jefferies Boulevard. Bear right and then right again just past the courthouse on Washington St. into the heart of the Antique District. Brochures are available in many of the shops.

The City of Walterboro (www.walterborosc.org)

Read Part One of “Why Walterboro Rocks” 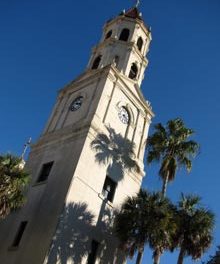 Classics in the Cathedral 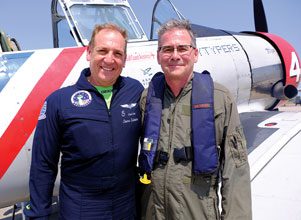 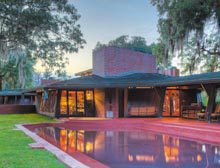