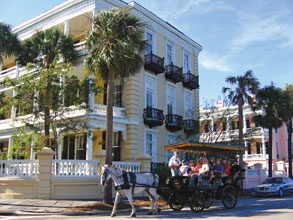 The Backyard Tourist Finds 100 Things to Do In Charleston

The late Pat Conroy waxed poetically about the Lowcountry and Charleston. South of Broad was his love letter to the city (calling it “the Mansion on the River”) and many of the places mentioned in the novel can be visited through his words.

I have a confession to make. I find Charleston utterly overwhelming and in recent years I’ve taken to avoiding the 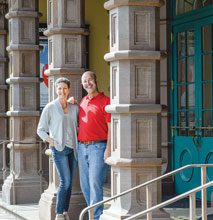 Holy City, something akin to cultural blasphemy in these parts. Don’t get me wrong. I misspent a good portion of my youth there. I love Charleston, or I did, before Hurricane Hugo cleared the way for a tsunami of change. Not all of it good. Today’s Charleston is a tourism magnet, one of the top destinations on the planet, and that makes even a day trip a bit daunting. But there may be hope by way of a new book from a pair of long-time Charleston aficionados.

Lynn and Cele Seldon (right) have more than 25 years of travel writing to their credit. Their works appeared in the likes of Southern Living, Taste of the South, Atlanta Journal-Constitution, Charlotte Observer, and many, many more. For 100 Things to do in Charleston Before You Die the Seldons were given the mission to make this intimidating place more accessible to visitors and locals alike. The idea was simple: create a guide filled with easy-to-follow suggestions of where to go, what to see, and what to do along with seasonal activities, itineraries, and lots and lots of insider tips.

Mark Shaffer: There are hundreds if not thousands of things to do in Charleston. How did you whittle it down to 100?

Cele Seldon: We’ve been going to Charleston for 25 years and covering it for a variety of magazines and newspapers. So we had a good base to start. But we did want to cast a wide net of options, so we emailed about 75 friends and colleagues asking them, “What’s your ‘go to’ Charleston thing?” We got back tons of great stuff and then we went to Charleston a few times – once for 10 days – and tried to do as many of the things that we hadn’t done before for a first hand experience. A lot of them made the list. Most were common denominators – things we heard about from a lot of people. Some we didn’t think were worthy. Some were illegal. (Laughter) We didn’t include those. We wanted a well-rounded series of options. We obviously included the tried & trues. You’ve got to talk about the plantations and Fort Sumter. But we worked hard to find some things that were under the radar. 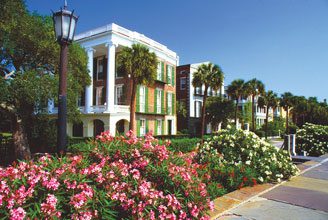 MS: What was your top choice “off the radar?”

Lynn Seldon: The one that we truly had not heard of was to have a PBR at The Recovery Room.

MS: Right. More 12 ounce cans of PBR are sold there than anywhere else in the United States.

Cele: One that struck me was Magnolia Cemetery. It’s way off the beaten path, a total treasure with all these founding fathers of Charleston, governors and senators and the crew of the Hunley. We had an interesting experience there. We were working our way toward the Hunley gravesites and a gentleman in a truck passed by dressed in reenactment garb. By the time we got to the site he was there and he gave us the entire history of the Hunley.

Lynn: He was in character the whole time as one of the crew of the Hunley. That was his thing.

Cele: It was very cool.

Lynn: Locals have told us at signings in Charleston that they haven’t done either of those things. So, that makes us feel pretty good.

MS: That makes the book a good resource for locals. That was the original idea behind The Backyard 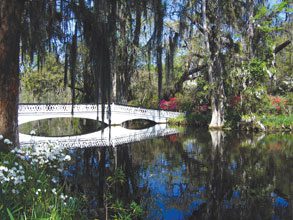 Tourist, to give locals a fresh insight into things they either don’t know about or take for granted.

Lynn: We feel that way a lot. When we lived on Oak Island, North Carolina, the only times we visited all these really great places in our neck of the woods was when we had visitors (laughs).

Cele: It’s human nature. We’re the worst tourists in our own town. People tend to stick to the same thing.

Lynn: I used to do Thursday lunches with Conroy and several times afterward we’d drive around in his car and he’d say, “Man, I haven’t been back here in years.” And this was his town, the place he wrote about so much.

MS: Exactly. Let’s talk about the format of the book. It’s like walking around with an analog website in your pocket.

Lynn: I wish we could take credit for it, but it’s a format developed very successfully by Reedy Press, the publisher. They gave us the five categories, which helped narrow things down. We’re both foodies so that was the first 30 entries.

Cele: We could’ve easily done 100 places to eat before you die. But one of the beauties of the book is that in addition to being so easy to grab and go, it’s not a long narrative, so it’s ideal for locals and visitors alike. For locals it’s a way to discover something new. For visitors it’s a goldmine.

MS: Obviously it can’t all be fine dining. How did you vary the list?

Lynn: We really tried to vary it by price point and experientially — 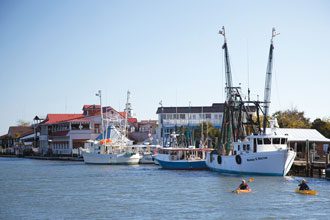 Cele: –And geographically. There are some great restaurants outside of downtown.

Lynn: The Food & Drink section was the toughest. We could’ve done a whole list on shrimp and grits places.

Cele: And we took some license. There’s a chapter called “Bite Into a Bodacious Burger” and we listed 4 places that have amazing burgers so we didn’t have to limit it to the “best burger in town.” And that’s our opinion. It’s subjective. We did that with other things, as well.

Lynn: We’ve been surprised by how many people thought this book was a ranking.

Lynn: Right. But when you look at the table of contents it becomes very clear that it’s not that way. We did make a conscious decision to put the Charleston Wine and Food Festival at the top, though. It’s a great introduction to Charleston, especially the Wednesday night event where you can taste the food of about 35 Charleston chefs.

Cele: And some of the other events on the weekend take you out of town, out on Bowen’s Island and Shem Creek, and some of the places people might not know about.

MS: Unless you’re a local.

Cele: We did all kinds of things we’d never done in all the years we’ve been going to Charleston. This really gave us the opportunity to do things that we normally might not do.

MS: You give a gracious tribute in the book to your friend, Pat Conroy. How did you know him?

Lynn: A mutual friend in Charleston introduced us right after South of Broad came out. We have one thing in common. We both went to military schools.

Lynn: (laughs) Right. I got the call and drove down to Charleston. It turns out I’d been given Sandra’s number. I got her and she said he was free to meet in the hotel lobby the next morning. I said, that’s great, but has he ever had a VMI grad buy him lunch? (Laughter) She covers the phone for a second and then says, “Be here at noon.” We met and walked down to Slightly North of Broad and I started to see how to become a writer sitting there with Pat. We had a three-hour lunch and when we got back to the hotel he goes, “You want a cup of coffee?” Sure.

Cele: Meanwhile I’m back in the North Carolina, and I’m like, call me when you’re done. It’s getting late and I’ve heard nothing. Finally I text him because I’m getting worried and about an hour later I hear back, “I’m just leaving lunch.” It’s 5:15. What do you mean you’re just leaving lunch? 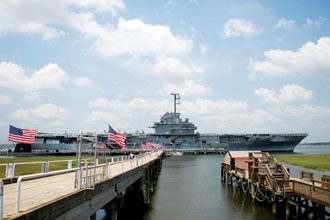 Lynn: Typical Pat. And then he took it upon himself – as he’s done with so many writers – to push me to finally write a novel. That took about four years of late night calls. But that’s how the novel (Virginia’s Ring) happened.

MS: Over the last 25 years you’ve seen the post Hugo explosion in Charleston. Is there a future for locals or is it just a tourist destination?

Cele: I think it’s somewhere in between. I think the quintessential Charleston was about 10 or 15 years ago, post Hugo, pre now.

Lynn: Pre “number one in the world.”

MS: Enough with the “Best of “ lists. We suffer from the same thing here.

Cele: It’s concerning. We’re big fans of the area looking to relocate here. I love to see Charleston on these lists. It makes me proud to be in love with the city, but it’s an awful lot of people.

Lynn: It’s back to the day job and then if all goes well in June or July we’re moving to Beaufort.

Cele: So we’ll never write about it again. (Laughter) We don’t want any more people to come.

Meet the Seldons and buy your signed copy of 100 Things To Do In Charleston Before You Die Saturday, April 28, 11:30-1:30 at NeverMore Books, 702 Craven St. in historic downtown Beaufort. Check out the Seldons online at www.seldonink.com 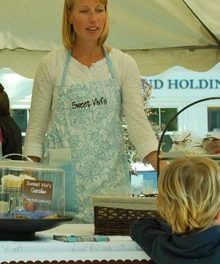 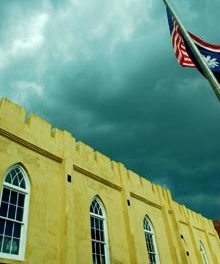