Welcome to America (Or Not) 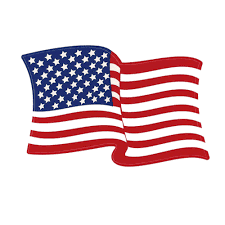 Consider this column a mini-roundtable on immigration, hosted by me with one featured guest, my old friend and colleague Kent Speight, a leading attorney from Red Wing, Minnesota, who heads his own firm. Neither of us ever championed Mr. Reagan to any great extent, but we admired his optimism and sense of decency. We thought of him recently as we contemplated the strangulating immigration issues besetting our beloved country. Full disclosure: we are native born U.S. citizens, children of immigrant lineage.

I teed up a series of immigration questions for us, hoping to get a stimulating dialogue going. We migrated through the weeds stealthily.

Kent: This immigration commotion has hit me hard. I blew a gasket recently and chewed out any Republican I could lay my hands on. As my wife Linda gently pointed out, it didn’t make a dent in their fascist façade of Republican doctrine. I got a lot of blatantly false Fox Noise responses, some of which I couldn’t leave un-corrected. People want to dress bigotry up in various outfits, but it’s still bigotry at the heart of the “America First” nonsense. When you and I were young and protesting inequality, I thought all this would be gone by now. But our generation turned out to be bigger jerks than our predecessors. If Trump is the face of America, I sometimes feel like I’d rather be somewhere else.

Jack: Well, don’t hold anything back old timer, and I’ll try to do likewise. Funny how the last 50 years hasn’t really changed our perspectives very much.

First question: What concerns us most about our lack of a consistent, fair national immigration policy?

Kent: The terrible, nearly incomprehensible, toll on people. We’re talking for the most part about people who are trying to escape poverty, violence and the virtually complete lack of opportunity.  I know many of these people. Many are my friends. These are not “murderers and rapists.” They are desperate human beings longing for a better life and opportunity in a country that is supposed to epitomize opportunity. The fact that we would incarcerate them and put their children in internment camps for trying to seek the same opportunities we’ve been given is unthinkable to me. I will never get the deplorable image of the children locked in cages out of my mind.

I guess I’m alluding to our country’s image. We’re a country of immigrants. Except for my Native American friends who live in our town. Most of us came here from somewhere else. We were all granted immigration status and an opportunity for an education and a better economic situation. We’re denying our very roots. More importantly, we are supposedly a civilized society, not a band of ignorant tribes. Civilized people have compassion and grant asylum to folks in need.  Civilized people are grateful for the opportunities they have been given and want to share those opportunities with others.

Jack: Kent, you know what else really bothers me here? The clear racist implications of the government’s policies and actions.  At heart the current policies are based on a racist governmental regime. One which likes Norwegians but hates people from “S—H—” countries. Trump’s statements make it clear that he’s a racist and eschews anyone that’s not part of his political, social, economic or racial group.  “America First” apparently means rich white Americans only.  That is not what this country stands for. Or on.

Kent: Another thing, old buddy: The wobbly national immigration policy undermines due process and the rule of law. In my professional life I’m trained to believe in and abide by the law. Locking people up and taking away their children without hearings and due process is about as far from a lawful society as I can imagine. Trump’s recent comments that he wants to send folks back without a hearing ought to be a huge red flag for anyone in this country that believes in the rule of law. It’s how dictatorships begin.

Jack: I hear you. When we were growing up, I thought that racism and inequality would shrivel up and die soon. It’s clear that those streams are alive and flowing rapidly in our society. We should be trying to become more inclusive and open to granting a helping hand to those in need. Instead we are becoming more insensitive and willing to listen to any nonsense that we hear on cable news to justify our bigotry. If we go backwards to the kind of society that Trump embodies we lose most of the values this country was founded on. And we run the risk of becoming the kind of totalitarian racist dictatorship that our fathers, mothers and grandparents fought so hard to defeat.

Second question for us: What advice or counsel would we offer to some of these parents whose children have been taken away?

Kent: The only advice and counsel I can give for the folks who have been locked up and denied due process is to fight for their rights. We have laws, both statutory and case law, to protect these folks and their seized children. But I understand that people are being coerced to give up their rights to a hearing and justice in order to get their children and families back. This is unthinkable to me.  People should never be forced to give up justice to save their families.

Jack: Maybe my question begs the answer. We need to resolutely unravel this mess and come up with a comprehensive immigration policy. We’ve been trying to pass fair immigration legislation for years that addresses screening, processing and admitting immigrants in a timely fashion. We seem to be unable to agree on anything nowadays, certainly including that. There are immigration proposals pending in Congress that have not even gotten a hearing. The latest legislation touted by the Republicans was drafted by Republicans without any input whatsoever from the Democrats. Our government needs to do its danged job and pass bi-partisan solutions.

We need to address DACA for real, and now. We need speedier processing and granting of immigration status. We need more judges to process people who are arrested, rightly or wrongly. We don’t need a giant wall. We need decent laws and a government upholding them.

OK, third. How might our country unravel this mess once and for all and not further divide ourselves into self-defeating tribes?

Kent: This one’s a beast, isn’t it? For starters we need to gang up on the problem, from all sides. What are America’s overarching goals regarding immigration reform? Not the solutions, but the basic goals. Surely D’s and R’s can’t be all that far apart when it comes to protecting and enhancing that which is best about our tremendous country. Don’t we all want equal protection, equal opportunity, more and better paying jobs? Freedom from oppression and lawlessness?

Jack: The country’s founders laid down nearly all of this for us over two hundred years ago. Do we have a core group of senior legislators in congress that can pin up the relevant documents on a wall and not come out of the room until well-reasoned principles and preliminary solutions are laid out?

Aided, of course, by some younger folks, those with an acute interest in political science and the rule of law. Nothing too fancy, just the basics. And speaking of rules, here are just a few: no fighting, no idiocy, no demagoguery.

And only open minds. 23andMe just pronounced me 99.6% European (no surprise) with the driving component being Ashkenazi Jewish (what?), a background I’d never heard of before. If I can wrap my head around at least half of that, there’s hope for all of us. 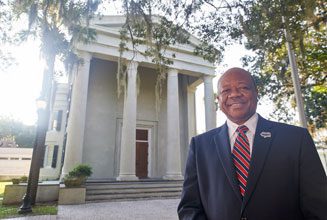 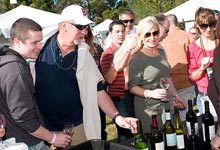