Pat Conroy remembers a remarkable man and a friendship that spanned almost half a century.

Among the worst things about growing old is the loss of those irreplaceable friends who added richness and depth to your life. I met Tim Belk in Beaufort in 1967, the first year I taught and coached at Beaufort High School. We were the only guests at a dinner that the only writer in Beaufort, Ann Head, had put together so we could meet and form what she was certain would become a serious “literary” friendship.

Ann had taught me creative writing my senior year in high school and had written me a series of generous-spirited letters about the sad-sack poems I wrote for the literary magazine at The Citadel. Ann Head and my father hated each other on sight and she worried that my college was the worst possible breeding ground for a young man who wished to be a novelist. Ann’s articulate response to the shaping of my writing life by my father and The Citadel was my introduction to Tim Belk. With this, Ann Head made my life delicious and presented me with a friend who would prove a treasury of constant delight. Tim Belk became a dreamboat of a friend and the news of his death in San Francisco this October killed something of measureless value inside of me and all of his friends.

Tim Belk had received his Masters degree in English from the University of South Carolina and come to live on Port Republic Street and teach at USCB. He became famous as a gifted and hard-nosed teacher of the language, a stickler for grammar who considered a dangling participle a minor crime against humanity. He was passionate about literature, music, and all the arts and he was the kind of southerner I only encountered in literature. He seemed to drift out of the pages of Carson McCullers and would have looked natural with a walk-on part in a Tennessee Williams play. It was true. I had met no one remotely like him at The Citadel. At that first meeting, Tim Belk and I had no idea he would one day have leading roles in the novels I would write. He would make his original appearance as himself playing the piano for my Daufuskie students in The Water is Wide. In The Lords of Discipline, he took the stage as Tradd St. Croix, a Charleston aristocrat who was part of a quartet of roommates bound by the infinite resources of their deep affection for each other. When South of Broad came out, I granted Tim one of the most pivotal roles in the book as Trevor Poe, a gay piano player in San Francisco. Note that gayness has become a theme here.

I consider the two years in Beaufort when I taught high school as perhaps the happiest time of my life. My attraction to melodrama and suffering had not yet overwhelmed me, but signs of it were surfacing. No one had warned me that a teacher could fall so completely in love with his students that graduation seemed like the death of a small civilization. It was that same year that I became best friends with Bernie Schein, Mikes Jones, George Garbade and the inimitable Tim Belk.

Tim seemed sophisticated and worldly in a way that made me feel as uncultured as a listless pearl. I would sit on his porch after teaching and he would fix me a martini in a real martini glass. He served wine that was not Ripple or Blue Nun. He served canapés that I thought were coverings for boats and had no idea were wonderful pre-dinner snacks to be served on good china with cloth napkins. In those two years, Tim would introduce me to The New Yorker, The New Republic, The Nation, the short stories of Flannery O’Connor, the novels of Walker Percy, the poetry of James Dickey and all the great classical music of the Western canon. He played the piano with an almost supernatural ease and he never forgot a song or piece of music he’d heard. He was one of the most civilized men I’ve ever known and one of the funniest. Our friendship lasted almost fifty years and much of it was spent laughing.

The world was afire in the late sixties. The Tet offensive and the murder of Martin Luther King and Bobby Kennedy occurred in 1968 and integration was still in its experimental stages at Beaufort High. It seemed to me I was living ten lifetimes that single year and it was an exhilarating year to be curious and alive. That Tim Belk was gay was whispered about and talked about openly, intimated by some and taken for granted by others. Though my children don’t believe me now and find it hilarious, I didn’t know what being gay was. Though I had heard all the disparaging names from queer to faggot, no one had ever told me that they actually were gay. At The Citadel, if you were caught in a homosexual embrace, you were beaten to a pulp and expelled from school that day. It was part of the school’s harsh military code and there was no recourse to law. A gay southerner was an abomination of the species; it was a verminous condition that could not be brought up in polite circles.

Tim Belk was closeted himself in those early Beaufort days and dated some of the loveliest women in this town. I double-dated with him on many occasions. Later, he married a beautiful teacher from the Academy once he’d packed his bags and lit out for his new life in San Francisco. Tim left several months before I was fired from my teaching job on Daufuskie Island, the year I learned that the “separate but equal” system of the American South was the biggest lie ever told by the part of the world I love the most. I lost teaching, I lost Beaufort, and I lost Time Belk at the same time.

Before the dissolution of his marriage to Diane (“We divorced because of irreconcilable similarities”), the Ford Foundation rescued me, sending my family and me out to San Francisco. Tim got a job playing the piano at The Curtain Call in the theater district. My wife Barbara and Diane would go out on the town once a week, to dinner and the theater. Tim and I went out every Thursday night and that is where he introduced me to his new life that he found glorious and far from shameful. One night after a show, Marlene Dietrich and Elaine Stritch came into The Curtain Call and Tim heard Elaine ask the legendary Marlene if she would sing her World War II anthem “Lili Marlene.” Instantly, Tim began playing the haunting theme and heard Marlene say to Elaine Stritch, “It is the wrong key.” In the next movement of his fingers he had changed to her key and Marlene said, “The boy can play.”

With Tim Belk’s elegant accompaniment, Marlene Dietrich sang the song beloved by both Nazi and American soldiers on both sides of the trenches and brought a screaming crowd roaring to its feet. Later, Tim and I would go bar hopping through the city as we always did. The bars of San Francisco had a hundred faces and some were ornate and mysterious, others bizarre, but all welcoming when Tim and I were young and our dream of what the world could be still fresh and quivering with life. At one bar, soon after the Lili Marlene night, Tim and I were arguing the merits of some new novel, when a fan of his from The Curtain Call tapped me on the shoulder and asked me to dance. This was not part of my own dream of the world. But it made me study my surroundings with greater awareness. I had often been in bars with only men when I was a cadet and I had noticed that people were dancing to a band in a room separate from the bar. Before this definitive moment, I had not noticed that they were all men dancing with each other. Tim looked horrified but I’d become friendly with the man who asked me to dance and was raised by a mother who taught her kids never to hurt anyone’s feelings. I said I’d be glad to and I followed the young man to the dance floor. He was from South Carolina, Greer I believe, and I said, “You want to teach these boy to shag?”

We shagged and the kid had great moves. After the dance, I thanked, my partner and returned to the bar and sat beside Tim.

“You got something to tell me, pal?” I said.

That night, we stayed up talking ‘til dawn and Tim told me his real life story, the one that gay southern men were not allowed to tell back then. He told me he had realized he was gay as a small boy growing up in Fort Mill, SC and how the knowledge filled him with terror and self-loathing. He described the soul-killing loneliness it entailed, the nightmare of not only being different, but being something despised, vermin-like, a monstrous creation cut off from both society and God.

When The Lords of Discipline was published in 1980, I came through San Francisco on a book tour and spent the weekend in Tim’s mid-level flat in a classic Victorian home on Union Street. More than any place I’ve ever been, Tim’s home shimmered with romance and good taste. It looked like a space where great poetry would seize hold of you and shake the language out of you. When we awoke, Tim and I would drink coffee and eat croissants in a hidden away garden lush with rosebushes and green, climbing vines. We would talk about Beaufort – always Beaufort – then we would walk down and have lunch at the Washington Square Bar and Grill where I learned about the taste of Dungeness crab and Petrale sole and met some of the grand characters who composed the Bohemian life of North Beach.

It was on that trip that I made a huge meal for fifteen of Tim’s gay friends and I started cooking at five and the party didn’t break up until two in the morning. Nothing has ever made me laugh as much as gay humor in its perversity, punning, repartee and response, and yes, its pure and delightful wickedness. Many of these guys told stories about their childhoods in small towns across America that were heartbreaking and screamingly funny in the retelling. It was like hearing the tales of a leper colony for boys marked forever by the shame of being born the way they were supposed to be. Fifteen years later, Tim showed me a photograph of all of us attending that party and everyone, except Tim and me, had died of AIDS. Tim was dying of it when he showed me the snapshot.

To be continued in our next issue…

Pat Conroy is a writer living in Beaufort. Visit his website at www.patconroy.comtconroy.com 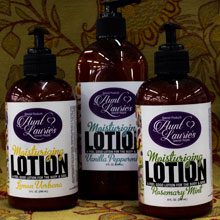 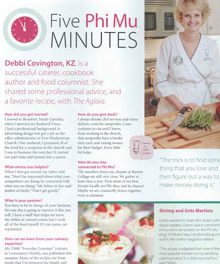