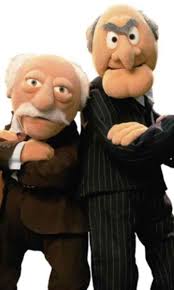 “’I was so reduced and debilitated,’ [early 1800’s sea captain James] Riley recalled, ‘that I could not support even good news with any degree of firmness, and such was my agitation that it was with the utmost difficulty I could keep on my mule for some moments afterwards.’” – Dean King, Skeletons on the Zahara: A True Story of Survival (Little, Brown, 2004)

When in distress, go back to basics. Garden, fish, play cards, see a show. Hey, take mule riding lessons. Or maybe, chat with someone you’ve known since stamps cost a nickel (um, 1965). My fine friend Kent, a small town, large brain and kindred spirit attorney in Minnesota, kibitzed with me for this column after 2016’s deplorable election. We noted that sadly, some 43% of eligible voters decided they had better things to do than vote. This after millions of Americans gave their lives to preserve our democratic right to vote. Well, it’s also their right to cop out, though they do so at a huge cost to society. And to themselves . . .

So, Kent old timer, where are we after this deplorable election? I just read Froma Harrop’s nifty column, “What Ever Happened to America’s Sense of Humor?” She quoted Mark Twain, who said “The secret source of humor itself is not joy but sorrow. There is no humor in heaven.” Egad, can that be true? Is there anything to laugh about? Talk to me.

I’ve been trying to explain this election to myself.  I don’t get it and I’m sure not laughing. I do have some thoughts, though, as usual.

First, the polls. I think people just plain lied about voting for Trump. I don’t know anyone who said they were voting for Trump until after the election. Even my Republican friends told me they couldn’t vote for so odious a candidate. Yet when they stepped into the polling booth I know they all did.

Huh, same here. Well sort of. I have Republican friends too, and often think like a conservative myself. Although liberal on social issues, I believe in a very strong military and in not spending money you don’t have. Low debt. It’s very different, though, talking with someone you know as opposed to a pollster versus ‘talking’ to a ballot. Voting privately is sort of confessional. People don’t just cave in to what they might consider socially desirable beliefs. Like voting for the saner candidate.

Yeah, I guess so. But in any case, Trump wasn’t elected. This is small consolation but I believe it’s true. As for the 43% didn’t vote – Minnesota had by far the highest voter turnout again with almost 74%.  So nationally, not much more than half voted at all, and less than half of those voted for Trump. So, that means less than a third of the electorate—closer to a fourth— elected Trump.  Not a strong mandate.

True enough, and he LOST the popular vote to Hillary! By 2 million votes and counting! But what is a mandate anyway? If we’re talking about an official order or the authority to do something, there’s your mandate. I don’t think the dictionary says anything about majorities being necessary. Think of all the important decisions people make in life where most of their friends disagree.

They won’t say that—unless they’re REALLY your friend– but given an anonymous ballot and the ability to vote, they’d probably vote “jerk.” You know, as in, if that’s the man you want to date, well fine, but don’t go marrying him!

OK but what about the Stupid Rule?  I think that a reasonably informed and educated electorate will vote in its best interest and in the best interest of the country. But at least around here the Republicans have been cutting school funding as a top priority for years. We don’t have any civics classes in our high school anymore because of funding cuts. When Trump said he liked uninformed voters I don’t think he was kidding.  I think a lot of foolish people voted for Trump because they couldn’t ferret out the rhetoric and just decided it was time for a change.

You’re right about fools but hey, who pays attention in civics classes? I remember being a real deadbeat in our high school history classes and jeepers, were we even offered civics? All I really remember was us playing in all the bands together. Right? Concert band, pep band, marching band, stage band . . .

Ha, how could any of us Boomers forget that? Jimi Hendrix indeed.

Yeah, Boomers. That reminds me . . . we should talk about Obamacare.  I don’t know if the health insurance companies timed this on purpose, but up here everyone got premium notices the week before the election.  Most who didn’t have government or private jobs with insurance saw a 70% increase in their premiums. Republicans convinced everyone that was the Democrats’ fault because they passed Obamacare. That really hurt, especially our local Democratic candidates. Speaking of health care, I have been sick to my stomach since election night. I hope that goes away.

Hey not to worry. We’ve got Medicare! Just tell your doctor you think you’re suffering from PTSD or something. Well, maybe that’s a stretch, though millions of Americans said this election was very stressful. Extreme stress makes people sick, right? What’s that stuff people take for stress, Prozac? Paxil? Zoloft?

Don’t forget beer, man. We gofer staters like our beer.

We southerners go for beer too, you know. Just not as cold maybe since we don’t have as much damned sleet and ice. Did that make sense? Maybe my PTSD is kicking back in and I don’t even drink.

Hey, remember when we were young and having beer money meant we were pretty flush?

Yeah, beer money. Speaking of which . . .  This election, like almost all of them in recent memory, turned out to be a lot about money. It seems to me that greed and stupidity are running rampant, especially among our generation. You often refer to our parents’ generation as the greatest.

You bet. Did you see that segment on “CBS Sunday Morning” last week about the old timers who worked to restore “Doc,” one of the bazillion B-29’s made in 1945? They even had a former assembly line worker, now in her 90’s, who pointed proudly to a rivet line she’d laid in. Those Rosie the Riveters really were the greatest.

Yeah I saw that. I still think our generation is the greediest and stupidest. Everyone that I know who voted for Trump did so because they thought that, since he’s a rich guy, he would make them all rich guys. All of the people who I know who supported Trump are tea baggers who don’t want to pay for anything.

Jack, we’ve lost what Garrison Keillor calls the “social compact,” the ideal that we’re all in this together and, you know, we need to help look out for each other. I’m not sure a majority of Americans believe in that any more. That, more than anything else, is what troubles me about this election. That we would elect a person of monumental greed and selfishness to our highest elected office says it all to me. This is not the country I used to believe in.

Kent, you sound angry and upset. Me too. It’s easy to get that way and stay there. Maybe our selfish generation has one more major shot at redemption. We can rise above this horrible election and set a better example to each other and to the world. Does that sound like liberal mush?

That’s it, man, mush. I need to ingest some good old fashioned, bland and boring mush to ease my upset stomach.

We can do it. A friend of mine from Sikorsky used to say, “the easiest thing in the world to be is cranky.” He was right. We can do better than that.

And no horsing around about it. Maybe just be stubborn as a . . . you know, mule. Let’s ride, buddy. And not into no danged sunset. Not yet. 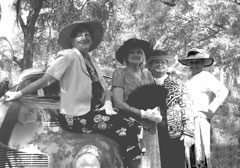 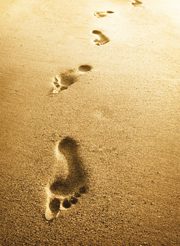