Kicking Back With a Great Book (Or Five)

The joy of reading crashed like a tropical storm over my crew-cut head while I was a kid, intensified through trips to our bookmobile. I trudged happily home with armfuls of books on dinosaurs, explorers, skin diving . . . whatever. I loved Lloyd Bridges’ “Mask and Flippers” (Chilton Co., Book Division, 1960) and met him years later in California.

Fast forward to 2014 and my unbounded (ooh, terrible pun) love of books still binds (egad). I no longer stick with nonfiction so I can “learn something.” It’s a pleasure to share overviews here of books that I’ve enjoyed recently. Perhaps you’ll like them too.

If there’s any room on your coffee table, this delightful collection of top ten lists needs a berth. The writing is excellent and the photos, many decades old, are superb. They depict our heroes of the past and present in candid moments so you’re not simply staring at predictable home run swings, leaping catches, or distinctive deliveries from the mound. The inclusion of top ten rivalries, ball parks and quotes is a nice touch and makes the book potentially interesting to people not hooked on baseball. Did you know who the second best ever right fielder was? Best third baseman? I tore through “Baseball’s Greatest” quickly . . . it’s like munching on the proverbial bag of roasted peanuts. Which is fitting given that we are, after all, talking about baseball.

The Attack on the Liberty: The Untold Story of Israel’s Deadly 1967 Assault on a U.S. Spy Ship(James Scott, Simon & Schuster, reprinted 2010)

Kudos to Mr. Scott! This marvelously crafted book manages to enthrall and horrify. Between the first distress call that went out from the terribly damaged U.S. spy ship Liberty, effectively unarmed and sailing legally in international waters off Egypt, and a Navy medical team arriving there was an unforgivable 17 hours. This occurred relatively recently–1967–in perfect June weather and therefore represents staggeringly poor performance. If the Liberty’s distress call after being repeatedly strafed and then torpedoed by the Israelis was the equivalent of a 911 call, there were no excuses for the delays and the interminable PR and political fog in properly informing the public and upbraiding Israel.

I finished this book with a sodden brick in my stomach. I had hoped for a better settlement for the Liberty crew and their families, and/or a clear admission of criminal wrongdoing from Israel, at least an honest fessing up by our government. The vignette of the author, his father (a young officer serving on the ship) and one of the Israeli pilots getting together for coffee decades later in the pilot’s home was comforting, but overall this ship sailed into the perfect geopolitical storm and suffered needlessly. Israel’s denials and obfuscation were unforgivable. Secretary of Defense Robert McNamara’s office, along with DC politicians and bureaucrats, conspired to virtually bury the tragedy, though Secretary of State Dean Rusk and to a degree Truman’s aide Clark Clifford come through as two of the better actors  We can be very grateful that Mr. Scott had the wherewithal to chase down all the details necessary to faithfully share this compelling account.

I nearly gave up on this remarkable book after about 50 pages. It seemed pedantic and stiff. I picked it up again months later, took a deep breath, and pretended I was still in school. Lo and behold, the book came to life. While Brands sometimes comes across as cheerless, one finds occasional attempts at dry humor and the nonstop series of expertly chosen anecdotes and quotes from the protagonists alone is worth sticking with it.

Many chapters are riveting, such as those addressing cattle drives (forget any westerns you’ve seen), the horrors of tenement life in big cities, and the exploration of the west (including riveting descriptions of early white water rafting). Brands also casts a keen eye on the atrocities of American politics and masterfully unveils capitalist giants such as Vanderbilt, Carnegie, Morgan, and Rockefeller. They come to life in Brands’ able hands and make one wonder how America ever grew muscular enough to transcend the Great Depression.

The photo collection is frankly disappointing, seemingly random and dull. Putting that aside, and Brands’ stodgy style (you be the judge: “Wilson complemented his de-Morganization of American monetary policy with a de-McKinleyfication of the tariff”), “American Colossus” is a real keeper.

The Most Dangerous Man in America: The Making of Douglas MacArthur (Mark Perry, Basic Books, 2014)

For you history buffs and wannabes, this book shines.   Compulsively researched and elegantly written, it neither lauds nor excoriates MacArthur inappropriately. Overall, Perry offers an admiring though even handed book that helps clarify how fortunate we were to have such a broad spate of superb commanders during the war. We were nearly bound to succeed based on our incredible production capacity and workforce motivation, but winning the war was no slam dunk. Giants like MacArthur made it happen, under nearly unimaginable conditions, though sometimes in spite of himself. As Perry points out, MacArthur had many critics, some who practically made a career out of it, but “he was his own worst enemy.”

Full disclosure: the maps, which are crucial for the reader to really follow the Pacific battles, are disappointing so grab your atlas. The font is difficult to read; in many cases even country names are printed in small letters and it gets worse from there as one tries to locate cities, beaches, landing zones, etc. The epilogue is weak; it reads as an afterthought with little attention to MacArthur’s life after the war. And the title is off kilter. FDR did refer to MacArthur as dangerous, but his rationale is not well explained and the book creates a good case for MacArthur being, in fact, lethal to the Japanese but certainly not dangerous to his own country. But get this masterful book: MacArthur was a superb commander with a towering personality that always attracted attention, for better or worse.

The Making of the Wizard of Oz (Aljean Harmetz, Delta, 1977)

This chronicle peeks delightfully into the charmed movie making world of late 1930’s MGM. The author’s affectionate description of how “The Wizard of Oz,” arguably the most entertaining movie ever issued, was made is fascinating. It quickly becomes clear that in spending nearly $3M in 1938-9 (a fortune back then), MGM needed to overcome countless technical, backstage personnel (carpenters, special effects workers, makeup artists, etc.) and casting hurdles. Reading this book gives one the feeling that movie makers in the late 1930’s engaged in massive labors of love (and, sure, money).

The brutal hours, ghastly heat from all the arc lights needed to compensate for slow color film, and the usually joyful but sometimes acrimonious teamwork underlying efforts to complete 40 or so movies per year are all unveiled vividly with loads of interesting quotes from the principals, many interviewed decades after filming and editing. What a treat.

Well, there they are, five terrific books. Provocative, enthralling, entertaining, edifying. If the spirit moves, and I certainly hope it does, have a ball. 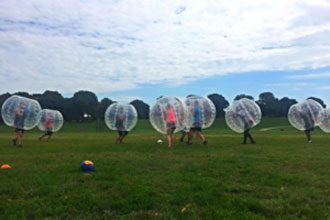 How Many Zontians Does It Take? 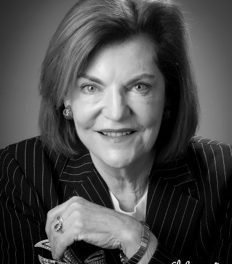