Love like you’ve never been hurt,
dance like no one is watching,
live as though heaven is on earth.

Sarah Fiedler was born in a hurry. A big, fat, blistering hurry. Her appearance telegraphed much of the message. At 32, Sarah was plain looking in everyday life, often decked out in running gear. Surfer girl out on the town pretty when she took the time to really fix herself up. This took a half hour, even on speed dial, and privacy.  She chose not to lure a flock of envious parrot ladies commenting on her every motion. “You got it going on now, girl. Hey, sweetie, mind if I borrow that killer mascara? OK, well then how ‘bout one of your boyfriends? If you ain’t worn ‘em all out yet.”

Sarah’s protective shield went up like the Hoover Dam whenever she strayed into public places. Too many suffocating strangers out there.  Creeps. Too many ex’s. She often wore black leggings, a Key West pink top and an Atlanta Braves hat over her brunette ponytail. Always facing forward, never worn backward like some desperate guys she knew. This was her business suit, her friend Marcy said. “Honey, with your tennis star build and blue sky eyes (she was thinking about CNN’s Erin Burnett but couldn’t come up with her name) you better carry some Mace.”

Sarah grew up in Charleston, home of the worst decision in American history. The storybook pastel houses caressed dreamy aromas from all the restaurants. Slightly North of Broad made her giddy. Especially their beet salad with a glass of Pinot. But nothing could ever fully sanitize Charleston from the past, its ‘Hey let’s start a civil war and to hell with that freak show looking president.’

Her father Joe was a successful piano tuner on King Street. He loved to make house calls, especially when the missus (as he called them all) was baking pies. Any kind of pie, but especially rhubarb. Sometimes they served him coffee, too. Alice Blankenship once brought him some Old Hennessy. Her creaky Yamaha sounded better before he started that day than when she paid him. The cognac appealed to her sense of social status. The Blankenships were one of the first families to settle in South Carolina. They made a fortune on cotton, yams, sugar cane and hogs. Sarah hardly ever thought about the hogs. Too earthy, too dirty. And sweet Jesus the smell.

She majored in English and sociology at Clemson. Her professors seemed pleasant enough and even bright, some of them, but mostly plebian. A few of them seemed downright low class, dressing like paupers. They were probably first generation French or Ukraine. God forbid Italian or Greek. Swarthy guys who used their forks left handed.  Her mother, Tiffany, demurely suggested to Sarah that she avoid these barbarians between classes, unless they could help with her career. And didn’t try to kiss her, except on the cheek. On a special occasion.

Sarah’s first paying job after graduation was a comeuppance, cleaning restrooms in an old three story converted factory that now served as studios for local artists. Some of them were pretty good, she thought, not knowing the first thing about art. She figured that launching a painting must be like shipping out in a submarine. Total immersion. The smell of oil and turpentine wrinkling her perfect princess nose. What was she doing in a sideshow dump like this working for minimum wage? The pastels bothered her the most. They got up her nose and into her prefrontal cortex. Made her crazy, desperate to get ahead. Sometimes when she looked in the mirror she saw no face, just streaks of yellow, green, magenta.

Six months later she found a “real job.” It was low level office work but it didn’t smell bad and it paid her scrit-scratchy little bills. Starting with her lifeline to the stars, her window on eventual greatness. Her phone bill.  Carrying that little iPhone around all day and into the night felt natural to Sarah. She could communicate before a clear thought coagulated in her head with her friends, parents, school mates. Posting a slick blog or two made her day.

They seemed to like her at the Amazon office. She sometimes felt like a reluctant warrior, ready to strike out like Spiderwoman but held back by her fear of rodents, men in three piece suits, bad bosses. And small dogs. They looked like weasels and nothing could be any scarier.

“Hey little weasel, why are you staring at me? I know you want to gnaw at my fingers and twist my hair into knots. Just to make me suffer.”

“Let’s set the record straight, lady. I’m a Yorkie. Brains, great looks, tough on rats and such. If you suffer it’s your own damn fault.”

“You’re starting to get creepy, Miss Sarah. Fiedler, is it? I love chasing down feedler crabs, wahddya thinka that?”

Amazon hiccupped one summer morning. They let her go. Said she needed help, some sort of counseling. Sarah told them to get lost, that she would sic her pet weasel on them—or maybe her badger, hey that’sthe ticket. Claw them up good, bite their ears. Turn them into a Van Gogh self-portrait.  Maybe after the Oxycontin she was taking wore off and her anger pulled loose. Like a rodeo steer. A mistreated circus elephant three handfuls of peanuts short of a full bag.

Sarah stayed at home most days, alone with her phone. Fewer people were calling. Tiffany tried to reach her from Sedona, Arizona, extraterrestrial headquarters of North America. Mom sounded like aliens had her tied down. Jason Bourne was on his way but he got stuck in traffic. No one checked in on Sarah. The walls breathed. Bits of peeling paint taunted her.  Sarah’s head spun like one of those cans getting machine mixed at Sherwin Williams. ‘Here’s your primer, Miss. That’ll be $25. OK, let’s give you a poor princess discount, make it $23.50.’ Jim looked like a plate of spaghetti with a meatball nose. ‘Oh no, Jim, I want to pay full price. I’m not a pauper, you know.’

Sarah’s slide into anguish, restlessness and poverty started gently, like fog slithering over the marsh. One day she had a roof over her head, the next day she was sleeping in her Toyota. Then in a friend’s loft. By January, she was on the street. Her plain face fit right in, her weasely thoughts made her a spiritual beacon among her homeless peers. Her high school friend Barbara spoke kindly to her at the shelter lunch line one day. “You’re no different than the rest of us, Sarah. We all got born somewhere warm and nice, we grabbed our cards hot from the dealer’s hands. We all go to heaven, you know.”

Sarah nodded. She would need a discount fare. No more negotiating the wrong way over a can of paint. Maybe two bucks would get her a seat in the back of the bus. Away from the driver, away from the weirdos. Away from hell. 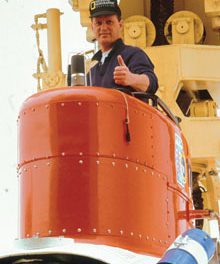 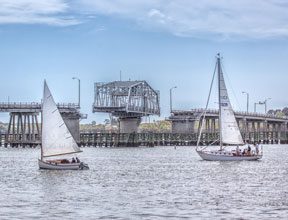