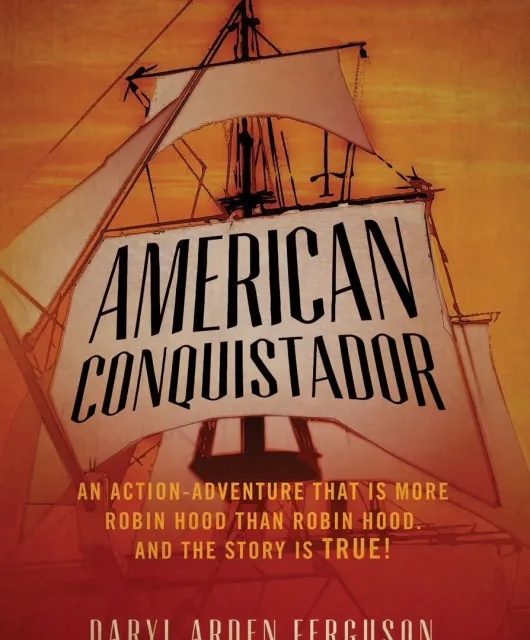 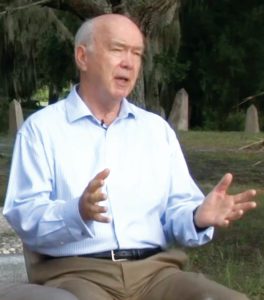 The origin story of the United States is often told as the founding of the Jamestown colony by the English in 1607 or the landing of the Pilgrims at Plymouth Rock 13 years later, but a local author is working to shed light on the significance that present day Beaufort County played in the founding of the country.

Considering Jamestown or Plymouth as the start of the American story ignores European explorations and settlement attempts for the entirety of the 16th century, what historians refer to as the “lost century of American history.” It’s an era that is understood by few. With the publication of his book “American Conquistador,” Beaufort resident Daryl Ferguson is determined to change that.

Ferguson’s interest in the significance of the Port Royal Sound area in the earliest days of European settlement efforts was sparked by a conversation with Professor Larry Rowland, Distinguished Professor Emeritus of History for the University of South Carolina Beaufort. Rowland told Ferguson about a little-known settlement called Santa Elena and said he believed it could be the site where America began.

“He told me that there was in fact a historical site on Parris Island that may go back as early as a settlement to 1569,” Ferguson said. “I said, ‘I can’t believe it. We’ve all been taught that the English landed at Plymouth as our first settlement in 1620.’”

For Ferguson, an amateur historian with a Ph.D in business, that conversation would spark a research effort that would consume six days a week for eight years.

“After we had our conversation, he just got completely hooked on Santa Elena and the whole Spanish story of the southeast coast,” Rowland said.

“After you find the two guys, then what you have to do is read everything they have written,” explained Ferguson. “Then you go after the documents. Then you start putting the puzzle together. It’s exactly like a puzzle, but this one is complicated because it goes over 65 years and the data is basically 500 years old. Eventually this puzzle comes together.”

According to Ferguson, much of the study of early European expeditions to America don’t look into the motivation for those expeditions.

“I wanted to find out what the forces were. What I found out is that nobody knew what was going on. The story is unbelievable.”

The Spanish and French were exploring the shoreline of what is now the southeastern United States in the 16th century. Both countries were intent on establishing forts and settlements to keep the other out of the region. The Spanish explored the South Carolina coast in the mid-1520s. The area including Hilton Head Island and Port Royal Sound was named Punta Santa Elena, and the Spanish saw it as key to their future plans. Ferguson noted that in 1529, the Spanish map of North America included only one named location – Punta Santa Elena. French maps marked the same location by 1543.

Spain attempted to settle an area north of Charleston as early as 1526, but the initiative collapsed after just a few months due to bad weather, disease and attacks from Native Americans. The French got a toehold established with the construction of Charlesfort on Parris Island around 1562. They were unable to keep the fort supplied and it was abandoned after just a few years. That failed effort set the stage for a race between the French and Spanish to establish viable settlements on the continent.

“To think that there was a race to first settle the United States and control North America, a race.” 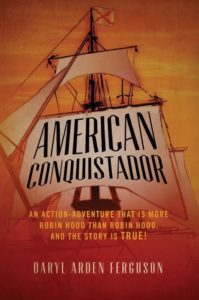 In “American Conquistador,” Ferguson provides those details and presents the narrative of France’s Gaspard Coligny and Spain’s Pedro Menendez, two key players in that race whose lives shared some remarkable parallels, while they were in other respects polar opposites. As Ferguson describes, the outcome of that race was as much influenced by bravery and fortitude as it was by the vagaries of fate and bad luck.

Menendez founded Santa Elena in 1566 on the site of the abandoned Charlesfort settlement. By 1569, a functioning colonial government was established. In addition to a fort, Santa Elena featured a church, shops and artisans supporting a population that included women and children. While St. Augustine was founded in 1565, Ferguson argues that it functioned solely as a military outpost while Santa Elena supported a more complete community. Hoffman made a similar argument.

“St. Augustine was essentially nothing more than a garrison,” Hoffman said. “You can get into arguments about what constitutes a settlement. That’s what’s controversial. In some ways it’s an unanswerable question between St. Augustine and Santa Elena, except that the preponderance of the married Spaniards are in Santa Elena until after 1576. After that it begins to switch the other way and Santa Elena essentially becomes just a garrison until it’s evacuated in 1587. At that point, St. Augustine becomes the only Spanish settlement on the coast.”

With settlements like Santa Elena and St. Augustine in Florida that both predated English settlements further north, Ferguson pondered why the English got credit for establishing the first functioning, self-supported settlements in America.

Ferguson’s book is neither historical novel nor textbook. It manages to straddle some middle ground between the two.

“What he’s done is create an exciting narrative that is beyond what academic historians do,” Rowland said. “It’s not a novel. It’s genuine history. Here’s the point. The book is completely footnoted. He tells you exactly what sources he uses to find these stories. He just presents them in a very dramatic kind of way.”

Ferguson will host a book signing at The Arsenal on Craven Street in Beaufort, Tuesday, April 26. 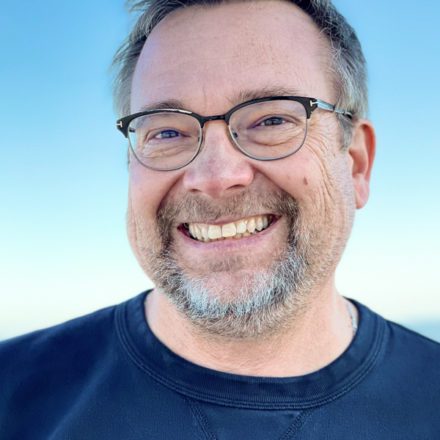 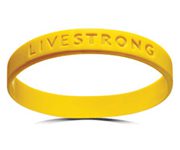 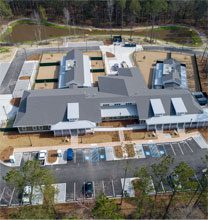 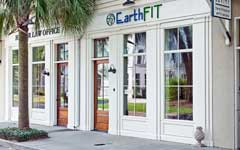