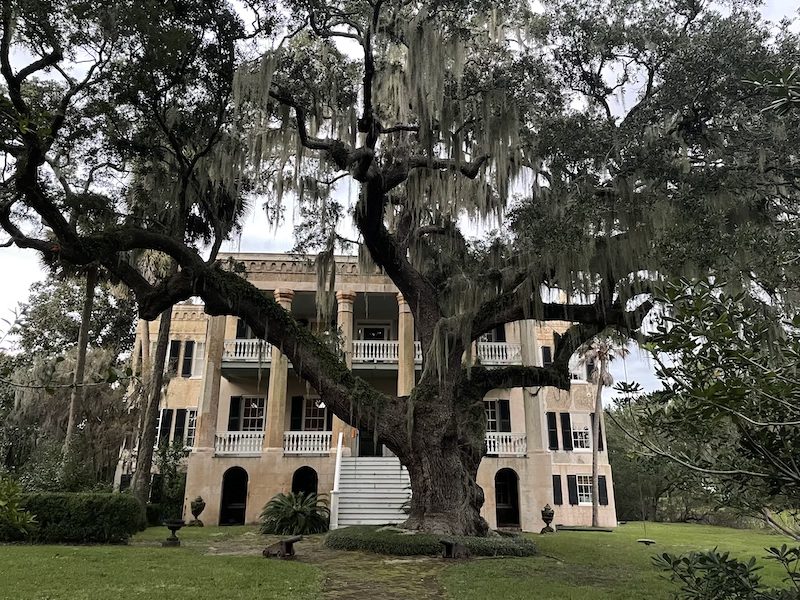 New owners of The Castle plan to continue Halloween tradition 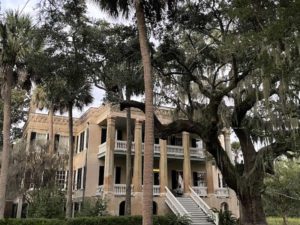 Southern tours, even the kind taken by car with the intent of prospecting a good retirement option, generally involve stopping at roadside markets and charming bed and breakfasts and trying to decide whether or not to pull at the Spanish moss. What they don’t always include is purchasing a community’s signature historic home, but it’s what David and Nancy Russell did back in May when they became the new owners of the Joseph Johnson house, better known in Beaufort as The Castle. On October 31st, you’ll get your chance to trick-or-treat with the Russells in their new home.

“One of the first things someone said to us was ‘you know you have to open the house at Halloween!’” said David. “We’ll be looking to stay consistent with the past.”

The past, of course, is never truly gone in a place like Beaufort, and especially not in a house with parapets and a moat dating back to the very beginning of the Civil War. It’s nothing new for David and Nancy, former owners of an historic home in Cooperstown, NY, that they also opened to mass trick-or-treaters each Halloween. Perhaps even it’s the daunting feel of The Castle that not only gives the historic home its notoriety, but also certainly was a draw for the Russells.

“We first saw the house on a carriage tour, when the afternoon light was filtering through the windows,” said David.

That first image was enough, as they soon contacted a real estate agent and made an offer on the previously unlisted house. They closed on the financial deal in May of this year and the rest is now part of the home’s long history.

That recent history has included being open for trick-or-treaters on Halloween, and this year includes a return to those festivities despite the new ownership and the ongoing pandemic. From 6pm until 8pm Beaufort’s finest and bravest children can come down to the eastern end of Craven Street for the event. The earlier times, while there’s presumably still light outside, might be more appropriate for the younger children. As it gets darker, however, so does the atmosphere.

Members of Beaufort High School’s Theatre program will be on-hand and in-costume as part of a full “haunted castle during the Bubonic plague” theme. Don’t be surprised to find a distressed royal court, monks, rats, plague doctors in full 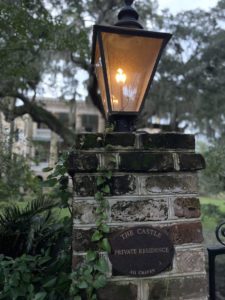 regalia and the illusion of an inflamed exterior.

And just so the current plague doesn’t continue, rest assured that the candy will be passed out with gloves while hand sanitizer will be readily available, not to mention the social distancing a house that size allows. In addition to the actors and the owners, MCCS volunteers will also be on-hand to help direct trick-or-treaters.

Of course, this goes without mentioning the one permanent guest of the residence – the actual rumored ghost.

Thought to be the jester of a 16th Century French expedition that came over with Jean Ribaut, Gauche (or, in some documentation “Grenauche”) has been the one constant throughout the years of ownership by the Danners, the Rauchs and others. Members of both of those aforementioned families have seen the ghost, though as tradition holds Gauche seems to limit his invisibility to children. So far, however, that hasn’t stopped the Russells from whimsically “looking for that guy.”

Maybe he will rise out of the fog – real or contrived – on Halloween and make a guest appearance. If not, the frights will still be as plentiful as the sugar handed out.

As for the Russells, they hope this will be their first turn of many Halloweens spent opening their home.

“We wanted a sense of community when we were looking to retire,” said David. “People in Beaufort want to be here, and it’s everything we hoped for and more.”

That’s a sentiment with which even the seemingly immortal Gauche would agree.

Ryan Copeland is a Beaufort native and the author of three nonfiction books, including last summer’s memoir, ‘Waking Up Dead.’ 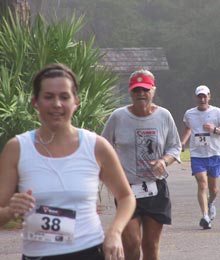 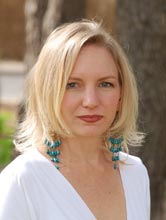