Thirty-six years after making her Broadway debut, “Hello, Dolly!,” the grande dame of  American musical theater, is still going strong, revival after crowd-pleasing revival. The Arts Center brings the Jerry Herman classic to the stage of the Elizabeth Wallace Theatre Dec. 1-26 in a lavish, knock-your-socks-off production guaranteed to spice up your holidays.

Directed by Casey Colgan (“The Producers,” “Les Miserables”), the show will feature one eye-catching production number after another, dozens of dazzling costumes and a cast of 27 singing, dancing actors.

“Dolly is Broadway’s favorite leading lady,” said Colgan, who directed last winter’s popular “My Fair Lady.” “It’s the most feel-good musical comedy you’ll ever have the pleasure of seeing. You’ll walk away whistling and humming.”

Set in the 1890s, “Hello, Dolly!” tells the story of Dolly Levi, a matchmaker who has been hired to arrange a marriage for the widowed “half-millionaire” Horace Vandergelder. But Dolly, a widow herself, has other plans. She decides Horace and his fortune will make her the perfect mate and then sets about meddling and maneuvering to make it happen.

“She knows what she wants, and she knows how to get it,” said Ontario-based actress Karen Edissi, cast as the indomitable Dolly. “She’s feisty and opinionated, but her exuberance and zest for life sweeps you away.”

Playing her love interest is Richard White, who served as the original voice of the barrel-chested baritone bully Gaston in Disney’s animated feature film “Beauty and the Beast.”

“It’s a sweet story with great dance numbers, wonderful characters and a totally memorable score — that’s what keeps everybody coming back to ‘Hello, Dolly!,’” said White, who made his Broadway debut in “The Most Happy Fella.” “Jerry Herman writes songs that stay in your head. Everybody knows them.”

Herman’s soundtrack has had a bit of a revival in recent years when two songs from “Dolly!” were used in the 2009 hit Pixar movie “Wall-E.” Thanks to the cartoon robot, a whole new generation of fans are familiar with songs such as “It Only Takes a Moment” and “Put on Your Sunday Clothes.”

Of all of Herman’s hits, though, none has been covered by more artists than the title song. The most famous version was recorded by Louis Armstrong in 1964. It reached No. 1 in the U.S. Billboard Hot 100 and went on to win a Grammy Award for Song of the Year.

The song is performed in the show’s signature scene when Dolly makes her triumphant return to the fashionable Harmonia Gardens Restaurant and is greeted in style by a chorus line of doting waiters.

“When she walks down the staircase, you can feel the electricity coming from the audience,” said Edissi, who played Dolly eight years ago in a Canadian production. “It’s the moment everyone waits for.”

Choreographing the dance numbers is Laura West Strawser, a dancer-turned choreographer who has performed in the Radio City Christmas Spectacular.

“People will be surprised to see the amount of dancing in the show,” West said. “It’s the grandeur of what Broadway musicals used to be.”

Although much of the dancing features graceful, fluid movements, there are also plenty of athletic numbers with big jumps, turns and tricks.

Audiences also will recognize Matthew James Gray, the lead in the 2008 production of “The Buddy Holly Story,” and Lindsie VanWinkle, who starred as Eliza Doolittle in “My Fair Lady” and Eponine in “Les Miserables.” In “Hello, Dolly!” these actors play Cornelius and Irene, one of the couples matched up by Dolly.

Winner of 10 Tony Awards, including Best Musical, “Hello, Dolly!” opened on Broadway in 1964 with Carol Channing in the lead. The role was later played by a Who’s Who of Hollywood actresses: Ginger Rogers, Martha Raye, Betty Grable, Pearl Bailey and Ethel Merman. The 1969 film version of the musical starred Barbra Streisand.

“‘Hello, Dolly!’ is one of those perfect shows,” said White, who auditioned for Herman in the most recent Broadway revival. “It’s a beautifully crafted musical comedy. The audience always walks away feeling good.” 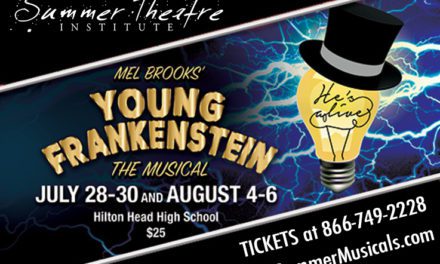 The Play’s The Thing! 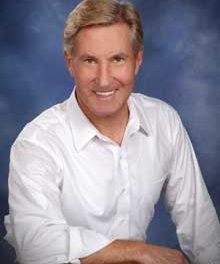