Comedy Dinner Theatre at The Shed 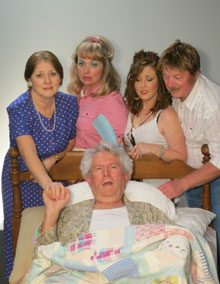 Local theatre company Coastal Stage Productions (CSP) who had audiences rolling with the gang from The Great American Trailer Park Musical last November, returns to The Shed in May with the hilarious comedy Daddy’s Dyin’ – Who’s Got the Will, written by Del Shores, author of Sordid Lives. Set in Texas in the 1980’s, Daddy’s Dyin’ is hilarious and hopeful as it focuses on four siblings who feverishly scheme to get a piece of their dying father’s fortune, all the while unknowingly rekindling their misplaced sense of family. When the Turnovers learn that the family patriarch has become incapacitated, they all return home to claim their fortune. Instead they find their father has not only lost his faculties, but also the only remaining copy of the family will. Old rivalries, childhood memories and typical family dynamics lead to some hysterical and over-the-top exchanges.

Veteran director Christine Grefe returns to lead the cast. She was also the director for the CSP’s premier production, The Dixie Swim Club, in April 2015.

“You think your family is dysfunctional?” said Grefe. “You’re sure to identify with someone among the eccentric members of our Texas Turnover clan.”

Coastal Stage Productions, CSP, is a travelling theatre company based in Ridgeland, SC. This production has been cast with talented local actors from Beaufort and Jasper Counties, SC. 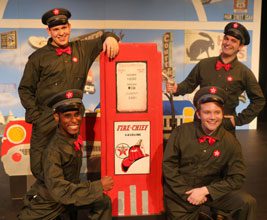 Junie B. Jones: The Musical 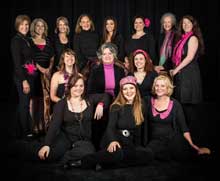