‘March Forth’ Returns to Penn Center with All Star Lineup 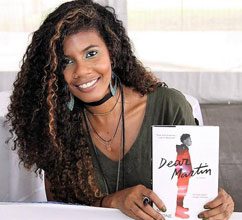 The Pat Conroy Literary Center will hold its third annual March Forth day of learning on Sunday, March 3rd, at the Frissell Community House at Penn Center on St. Helena Island, 10:00 a.m. to 4:30 p.m. Commemorating the anniversary of Pat Conroy’s death, March Forth is a day-long embrace of nature, education, and fellowship among writers and readers in the heart of Conroy’s beloved Lowcountry, honoring the author’s last act as a teacher—his burial site on St. Helena Island.

Seating is limited and last year’s event did sell out. All-day admission to March Forth is $22 with four box lunch options for an additional $18: tarragon chicken salad, Pat’s pimento cheese BLT (with or without bacon), and a hummus and rainbow veggie wrap. Tickets can be purchased in advance at https://marchforth2019.brownpapertickets.com.

In addition to March Forth’s programs at Penn Center on Sunday, March 3, this year’s special events also features a trio of school visits by author Nic Stone on Monday, March 4, including speaking with an all-school assembly of more than 1,300 students at Beaufort High School where the students have been reading and discussing Stone’s acclaimed social justice-themed novel Dear Martin.

Cassandra King Conroy is the award-winning author of five novels, a book of nonfiction, numerous short stories and magazine articles, most recently in Coastal Livingand Southern Living.Honored as a 2017 Alabama Humanities Foundation Fellow, Conroy is working on a memoir about life with her late husband, Pat Conroy.

Tim Conroy is a former special education teacher and school administrator. He is the author of the debut poetry collection Theologies of Terrain.

Jonathan Haupt is the executive director of the Pat Conroy Literary Center and the co-editor (with novelist Nicole Seitz) of Our Prince of Scribes: Writers Remember Pat Conroy.

Ellen Malphrus is the writer in residence at the University of South Carolina Beaufort where she teaches literature and creative writing. She is the author of the novel Untying the Moon. 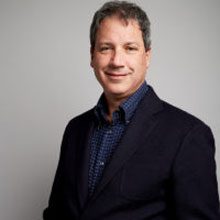 movement and race in America, and he has written extensively about the African American experience. Outside Agitator: The Civil Rights Struggle of Cleveland Sellers Jr. is his first book.

One of Pat Conroy’s Daufuskie Island students, Sallie Ann Robinson is a celebrity chef, tour guide, author of two cookbooks, and coauthor of Daufuskie Islandin the Images of America series. She appears as Ethel in Conroy’s memoir The Water Is Wide.

The William R. Kenan Jr. Professor of English at the University of Notre Dame, Valerie Sayers is the author of six novels, most recently The Powers,a two-time winner of the Pushcart Prize, and a 2018 inductee in the South Carolina Academy of Authors, our state’s literary hall of fame. She was a Beaufort High School student of Pat Conroy’s. 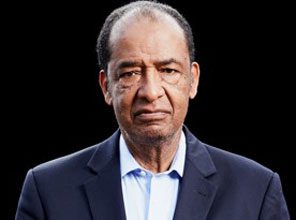 Cleveland Sellers Jr. (left) is an educator and veteran civil rights activist. He was the only person convicted and jailed for events during the 1968 Orangeburg Massacre, a civil rights protest in which three students were killed by state troopers. Sellers received a full pardon 25 years later. The former director of the African American Studies Program at the University of South Carolina, Sellers served as president of Voorhees College from 2008 to 2015.

After working extensively in teen mentoring and living in Israel for a few years, Atlanta native Nic Stone (top left) returned to the U.S. to write full-time. Dear Martin, her first novel, is loosely based on a series of true events involving the shooting deaths of unarmed African American teenagers. Shaken by the various responses to these incidents—and to the pro-justice movement that sprang up as a result—Stone began the project in an attempt to examine current affairs through the lens of Dr. Martin Luther King Jr.’s teachings.

The nonprofit Pat Conroy Literary Center is South Carolina’s first affiliate of the American Writers Museum, second American Library Association Literary Landmark, and TripAdvisor’s top-ranked attraction in Beaufort. The Conroy Center preserves and continues the literary legacy of Pat Conroy (1945–2016) as a teacher, mentor, advocate, and friend to readers and writers alike. The Conroy Center is located at 905 Port Republic Street in downtown Beaufort, open to the public from noon to 4:00 p.m. Thursdays through Sundays. To learn more, please visit www.patconroyliterarycenter.org. 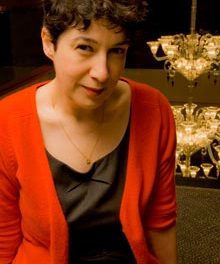 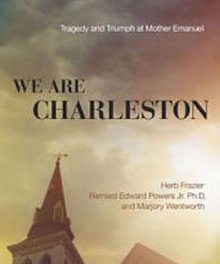 Lunch with ‘We Are Charleston’ Authors 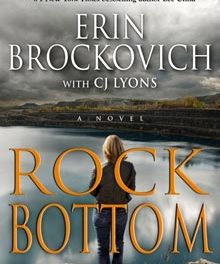