Daren Wang is receiving accolades for his newly released novel, The Hidden Light of Northern Fires. It has been named a September Indie Next Pick, A Summer OKRA Pick by the Southern Independent Booksellers, and a has been chosen by the Nationwide Community of Independent Sellers as one of the Top Titles of the Month. Rooted in the history of the only secessionist town north of the Mason-Dixon Line, The Hidden Light of Northern Fires tells a story of redemption amidst a war that tore families and our country apart.

Mary Willis has always been an outcast, an abolitionist in a town of bounty hunters and anti-Union farmers. After college, she dreams of exploring the country, but is obligated to take over the household duties and management of her familyÃÂ¢s farm, while her brother Leander avoids his own responsibilities. Helping runaways is the only thing that makes her life in Town Line bearable.

When escaped slave Joe Bell collapses in her father’s barn, Mary is determined to help him

cross to freedom in nearby Canada. But the wounded fugitive is haunted by his vengeful owner, who relentlessly hunts him up and down the country, and his sister, still trapped as a slave in the South.

As the countryside is riled by the drumbeat of civil war, rebels and soldiers from both sides bring intrigue and violence of the brutal war to the town and the farm, and threaten to destroy all that Mary loves.

Enjoy lunch with Daren Wang as he discusses the novel, his writing, and his inspiration. There will be a brief Q & A following his presentation. Books will be for sale at the luncheon and a book signing will follow.

Daren Wang will be the guest for USCB Lunch with Author at Noon on Thursday, October 5 at Sonesta Resort located at 130 Shipyard Dr, Hilton Head Island. Tickets are available through USCB Center for the Arts. Tickets are $42 and must be purchased in advance. Call 843-521-4145 or go to www.uscbcenterforthearts.com 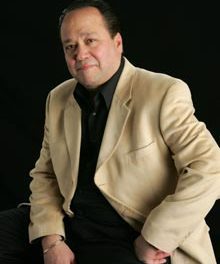 Writers on the Town