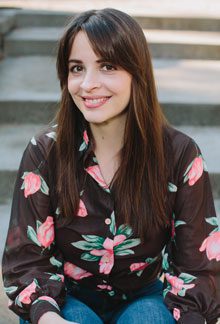 “Perfect for any bibliophile and terrifically funny.” That’s how the esteemed Library Journal, in a starred review, praised Dear Fahrenheit 451, the debut book from librarian Annie Spence. It’s an apt description of the author as well. Spence will keynote the Pat Conroy Literary Center’s second annual Lowcountry Book Club Convention, a free day of learning and fellowship to be held at the Technical College of the Lowcountry’s MacLean Hall on Saturday, October 6.

A stand-out volume for anyone who loves books about books, Dear Fahrenheit 451 is a collection of Spence’s love letters and break-up notes to books (many well-known, others less so), with some wonderful variations and recommended reading lists added for good measure. In advance of her October 6 keynote appearance, Annie Spence spoke with Conroy Center executive director Jonathan Haupt about her writing and reading life.

Jonathan Haupt: Annie, let’s talk about the origin story for your book, Dear Fahrenheit 451. What first prompted you to write a break-up note to books being weeded out of library circulation?

Annie Spence: At my first job as a public librarian, about ten years ago, there was a little table of free books that we had discarded from the library. They looked so pathetic—a table of misfits. I wrote a few “Dear John” letters to the books on that table to amuse myself. I remember one was Pictorial Anatomy of the Cat, another was maybe called High Impact Hair or High Voltage Hair and was basically pictures of female bodybuilders with fabulous 1980’s blowouts. The idea of breaking up with a library book as if it were a person tickled me. And years later, when my agent was asking me for book ideas, I attached a few of those letters to an email and my own book was born.

JH: How did you get from that experience of having a few sample letters to share with your agent to having a book-length collection of break-up notes and literary love letters?

AS: I began with a small list of break-up letters to weird books discarded from the libraries I had worked at (or, in some cases, still on the shelves). Once we decided that the collection could become a book, we also decided to add love letters, which was fun for me because I love to gush about my favorite books. I also wanted to try to include a book from most every genre, so I really had to dig back into books I had read to get that variety. And I wanted to hit all of the emotional notes we feel when we’re reading. It’s not just love or hate—it’s everything in between. Feelings of nostalgia, disappointment, invigoration, I wanted to travel along all of those paths. So after thinking about that, it was just a matter of fitting the pieces together and finding out which books made me feel a certain way.

JH: What other guides or rules for yourself when you first started working on the book-length collection? Did you seek recommendations? Or did the letters flow organically toward the genres and emotions you wanted to include?

AS: I at first began working on it organically. I wrote about whatever books came to mind that I had really strong emotions about (for better or worse). I made sure to include my favorite writers. And, for some reason, I was really attached to including Cornzapoppin’. After I had written about the books I felt strongest about, I wrote toward the inclusiveness I mentioned of a variety of genres and emotional responses. I never asked for suggestions because it was such a personal collection of letters to me. Although I did post a Facebook poll for friends about who was literature’s biggest [colorful term for sexual obstructionist]. (Ahem, Mr. Darcy.)

JH: Here’s a good point to ask, do all librarians swear this much?

AS: Well, never at the Reference Desk.

JH: Your variations on the epistolary model are particularly striking—from letters to book series to your one act drama written in response to Scenes for Student Actors to your letter to “The Books I Imagine My Upstairs Neighbor Reads,” to (my favorite) your letter to “The Fancy Bookshelf at a Party I Wasn’t Technically Invited To.” What led you to expand your format to include all of the variants?

AS: I didn’t want to get boring! The book is a slam-dunk for booklovers, but I wanted people who had maybe gotten out of the habit of reading to have some fun with it as well. If the collection was all “I love you” or “I hate you,” it would have gotten old, but having a few unconventional letters helps break things up—and also helps reveal just how often I think about books. (Spoiler alert: A lot.) 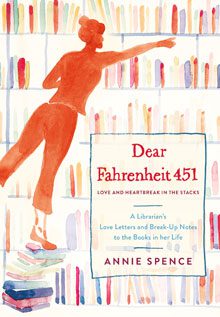 JH: Has this been habit forming? Have you continued writing letters to books following the publication of your own book?  And perhaps more importantly for our readers, would you recommend writing letters to literature as part of being an engaged reader?

AS: Unfortunately, I have not kept up with writing letters, or even reviews of books. Coming up with them for my book was intense, so it was a welcome relief at first to just read a book and have my own thoughts about it without confessing them on the page. But I do think writing letters to literature is a great way to connect more with the work and to delve deeper into your own feelings about literature—or even about what kind of reader you are. I discovered so much about my own tastes in books and the gaps in my reading.

I would also recommend writing letters to the authors of those books—IF you enjoyed the books. I have often written an email or letter to an author, thinking that they’ll never read it or have time to respond, and then I received a message back that my note had made their day. For authors that don’t make a habit of reading their reviews (which is probably most of them), they welcome the encouragement. And who doesn’t want to encourage their favorite author to write more?

JH: What kinds of encouraging letters would you like to get from your readers? What do you hope they s will take away from your book?

AS: I hope that they are inspired to read more, whether or not it is a book that I recommend. Despite my personal feelings about the titles mentioned in my book, I really just want people to enjoy reading. If the Fifty Shades trilogy/quadrilogy is your jam, then go for it. Just don’t stop there. Keep reading. Keep exploring. You can start at your library.

JH: Speaking of libraries, what motivated you to become a librarian?

AS: I wanted to become a writer first. I’ve always been a reader. My parents and four older siblings are readers and have always appreciated good writing, whether it’s a book or an episode of Cheers or a funny pun on a grocery store sign. So I came to storytelling naturally and, because I was such a reader, writing came more easily to me. But I was also inspired by my family to serve my community and to help lift one another up. It took me a minute in college to fit these two needs together—to be surrounded by books and also be of service to others. Being a public librarian allows me to be involved in my community in a way that encourages learning and also provides me with an endless stream of free books. Sitting at a desk where anyone can walk in and start a conversation with me about anything also gives me great writing inspiration.

JH: Given the arc of your writings about him in your book, I’m curious to know if you’ve since met Jeffrey Eugenides (author of The Virgin Suicides) in person, and if so what’s he really like?

AS: I did meet Mr. Eugenides at a reading for his newest work, about a month after my own book came out. He was very polite and seemed glad to meet a librarian from his hometown. I gave him a copy of my book and my guesses are that he either put it in the Unknown Authors Who Give Books to Me stack and never glanced at it again, or he read it and believed me to be a creep.

JH: I’m not sure which of those is the preferable outcome. But let’s talk about your own stacks of books. What’s in your current to-be-read pile?

AS: The pile is so deep. It’s become a source of anxiety. I’m trying to read more new books this fall because I was working on my backlist this summer. So I would say my top 5 books to-be-read are: Fiction: Heartbreaker by Claudia Day, There There by Tommy Orange, and I’ve been saying I’m going to get down on Madame Bovary for a while now so probably that; nonfiction: My book group will be reading In Cold Blood by Truman Capote and I think The Baltimore Book of the Dead by Marion Winik looks excellent, but that will probably be it for the darker literature as I try to read more upbeat fare in the winter (despite my abiding love for very dark fiction and non-fiction).

JH: In earlier interviews, you mentioned that you were working on a novel. How is that coming along?

AS: Thanks for asking! I am through the sweaty “I have an idea! I’m writing furiously!” stage and into the sweaty and panicked, “I have a job and an old falling apart house and a son and a baby due in spring, how will I ever get this done?” stage. I feel like the second stage goes on longer.

JH: One last question from the Porch. What are you looking forward to about your first trip to Pat Conroy’s beloved Beaufort?

AS: I’ve been as far into the lowcountry as Charleston, but never to Beaufort or Savannah. (Charleston is in the lowcountry, right? I’m so sorry; I’m very Midwestern.) I’m quite thrilled to be coming there in the fall, which I have heard is a beautiful season to be in Beaufort—except for the hurricanes, of course. I’m looking forward to eating some fresh local seafood and to getting some southern book suggestions. And also to finding out how to pronounce Beaufort.

JH: You will definitely get to do all of those things. Thank you, Annie. We look forward to seeing you in Beaufort on October 6 for our second annual Lowcountry Book Club Convention. 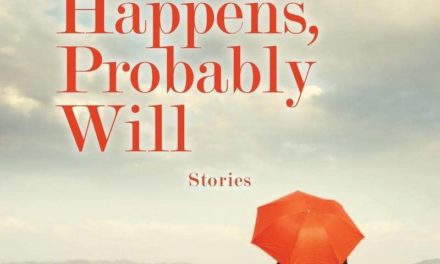 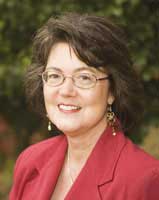 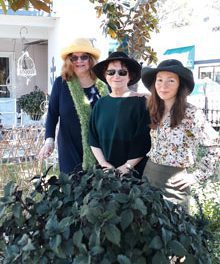 Confessions of a Carpetbagger