A Writer in Motion 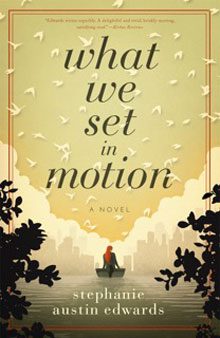 Set in the turbulent, colorful 1970’s, Stephanie Austin Edwards’ debut novel What We Set in Motion finds the daughter of a prominent old South Carolina Lowcountry family fleeing to New York’s Greenwich Village in pursuit of a dance career.

Cut off by her disapproving father and abandoned by her would-be fiancé, Nadine Carter Barnwell must strive on her own to beat the harrowing odds. Penniless and surrounded by the temptation of dubious moneymaking schemes and the bitter disappointment of seeing a friend fall prey to them, Nadine battles fiercely for her place in the ultra-competitive world of dance – only to reluctantly step away to please a man. It takes the loving, mystical intervention of her beloved aunt back in South Carolina and an unexpected letter from a young girl to set Nadine’s chaotic life firmly on the path to fulfillment and the startling realization that every encounter and each choice is a milestone in the quest to forge her own destiny.

Best-selling author and Beaufort resident Cassandra King, says the book “beautifully explores the tension between a young woman’s need for freedom and her longing for connection. Filled with a rich cast of characters—starting with the wonderful protagonist, Nadine, whose love of dance takes her far from her childhood home—this is a deeply compelling novel of loss and redemption, secrets and revelations, connections severed and 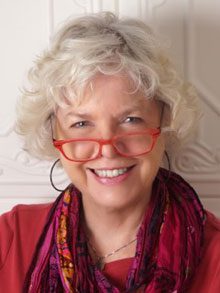 Stephanie Austin Edwards is a writing teacher, novelist and grant consultant who lives in Beaufort. Following a twenty-two year career in New York City working on Broadway, in film and on television she returned to her roots in the South Carolina Lowcountry. What We Set in Motion, her first novel, won a Best Submission Award at the Atlanta Writer’s Club Conference in 2013.

Though not raised solely in the Lowcountry – she’s a military brat – Edwards calls Beaufort her hometown. Given that fact, and her own long career in New York, we wondered how much of her novel was based on her own life story. She assured us the parallels between herself and her heroine are merely superficial.

“Because I wrote the book in first person and I went to New York to study dance, some might think my novel is autobiography in disguise. But what happens to Nadine Carter Barnwell, my protagonist, did not happen to me. This is a journey that goes beyond someone merely seeking a career in theater. Going to New York is just the vehicle for Nadine’s actual story, which is much bigger than that. Like many of us, Nadine is seeking something deeper, more profound, and she doesn’t exactly know what it is until she gets close to it. The question is, does she have what it takes to get it?

“Many, many people have journeyed to New York City or some other exceptional place in search of a bigger life. Not that many end up with a 22-year career in the heart of Broadway, film and television, like I did. The big city can be as cruel as it is thrilling. There are thousands of stories of giving up too soon, or worse . . . not soon enough.”

Edwards says she worked on the novel on and off for many years. She couldn’t quite get it to gel. “For a long time, I beat myself up for not being finished and published. My students were publishing all around me, and I wasn’t. My inbox was full of rejection letters. Now I go back to understanding that there is a right timing for everything, and this is my timing for What We Set in Motion.”

Edwards invites the public to join her for a Book Launch Drop-In Party on Friday, April 1 from 5:30 – 7:30 at the Union Church, 1004 11th Street, Port Royal. To RSVP and reserve a book, please email her at stephanie.austin.edwards@gmail.com 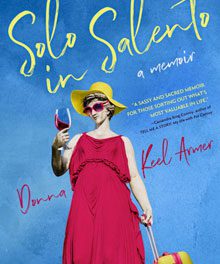