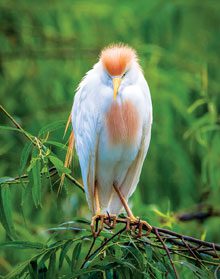 “To say the photos are impressive would be an understatement, but the book is more than just photographs. Beholding Nature is an important educational book in terms of exposing the best of the Lowcountry and Southeast.” – Doug Gardner, PBS Television, Wild Photo Adventures

Eric Horan is the kind of photographer known to go to extremes on occasion to get the shot. For years he used to pack a stepladder on his boat and stand on top of it while afloat to get a change of perspective. He says the stepladder’s been retired, probably at the insistence of wife and partner, Jan. The search for the perfect shot and that ever-changing perspective is 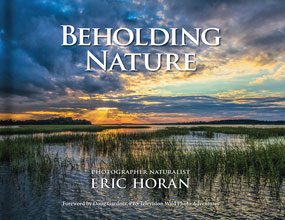 magnificently evident in a new collection of his work, Beholding Nature.

He’s been mulling a new book project for years, but the timing seemed right when award-winning publisher Lydia Inglett approached him with “an offer I couldn’t refuse.”

Mark Shaffer: During your career the entire technology of photography has changed and changed often.

Eric Horan: It’s crazy. I started in high school photographing for the yearbook. I had a camera and I wasn’t doing anything else so they said, “You’re the yearbook photographer!” 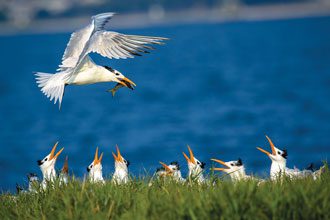 EH: It was an old Yashica Mat. I was in a really small school in Basalt, Colorado and they gave me time to go to all the activities. You talk about bird behavior? I was capturing the behavior of the senior class (laughs).

EH: Yeah, I realized from the beginning that in order to get good people pictures you really have to have that decisive moment. Back then it wasn’t as easy as it is now with digital. You really had to decide when to trip the shutter. I realized in the beginning how important that was. And I was shooting a lot of sports so you really have to get the apex of the jump, the smash mouth basketball shot. The frame before and the frame after don’t work.

MS: Today’s technology is such that we’ve got phones giving full frame cameras a 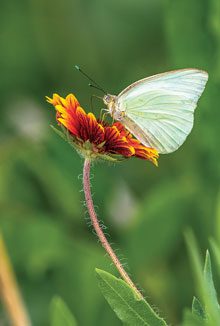 run for their money.

MS: Is that good or bad for photography in general?

EH: I think it’s whet a lot of appetites to do more and go beyond their phones. I’m seeing it on my tours. I’m seeing it in the camera clubs. They’re bursting at the seams with people who have a new found passion or who’ve rekindled an old one.

EH: It’s the reason these cameras are so smart: they’re built for people who don’t know everything about f-stops and shutter speed, lens selections and all the things I studied like mad in school.

MS: What’s you’re best advice for someone who wants to get into photography?

EH: Join a club. That can really speed up the learning curve and there are people with all sorts of different experience to learn from and find the help you need.

MS: There’s an amazing amount of work, preparation and patience that goes into nature photography. You have to take everything into consideration – seasonal patterns, tides, migrations, weather conditions 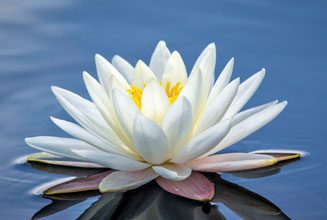 EH: The more you know about what you’re after – behavior patterns, movement – the better your pictures will be so you’ll be there at the right time in the right conditions.

MS: Which brings up your tours.

EH: I started in 1981, really. The first purchase I made when I got to the Lowcountry was a boat. And I got in it and got out right away. I came from Colorado where everything is dramatic and there are all sorts of perspective change. I got here and I’m at the beach and it’s all flat and I’m thinking, Wow, I need to get a boat and I need to start flying. So I did both.

MS: The aerial shots in the book reveal the Lowcountry landscape in a way you 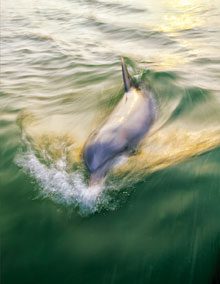 simply can’t grasp otherwise. We live in a watery maze.

EH: In a plane you see the graphics of it all that you can’t see at ground level. It’s another tool, I guess.

MS: What’s the most common reaction you get from people on the tours?
EH: Well, a lot of people have never been that close to wildlife. They’ve seen it from a distance, but up close they’re seeing natural behavior [and hearing] the sounds they make. When you’re close to a group of thousands of shore birds it’s just constant cackling and communicating. Also when you’re following a shrimp boat and the seabirds are flocking overhead in these huge numbers, you need to be prepared for poop. There’s a lot of poop.

MS: So much for the glamour of birding. Were you always a birder?

EH: No, I really wasn’t a birder until I came here. 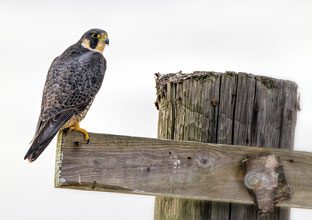 MS: Do you keep a record of how many species you’ve photographed? Are you chasing a Big Year?

EH: (laughs) I’m always looking for the errant traveler, the rare bird, because I know all of the usual suspects now. Whenever we see something that’s out of the usual it’s really a highlight for me. It’s always fun to point those out to people in the boat.

MS: Is there one shot, one encounter that stands out over the years?

EH: Wow, tough question. I don’t know. There are so many. You know, reviewing images is really good. Actually being a photographer and having images to look at is a really big crutch for us. I don’t know what most people do if they don’t have pictures to refer to. Usually when I look at an image I made I can tell you when, where and under what circumstances it was made. It brings back the moment. There are a lot. The first time I saw dolphins strand feeding, that was a moment.

MS: Lately you’ve been reconnecting with your western roots, spending time in Montana.

EH: I love it out there. I have family there. They call it Big Sky Country and it is 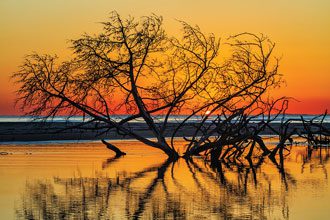 amazing. I feel like it is the last frontier in this country.

MS: Having spent a lot of time out there, I would agree. Yellowstone’s amazing. What stands out?

EH: I had a wolf sighting there. I came up on a [guided group along the roadside] in the Lamar Valley with big spotting scopes. I had a pair of binoculars and I caught a herd of elk crossing an open glade about, gosh, a mile and a half away. I told the guide that something was running those animals and I’d bet it’s wolves. All of a sudden three or four wolves came out of the trees and he goes, “Oh my God!” So yeah, that stands out. 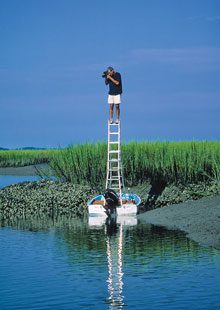 Eric will sign books and talk about his work at two upcoming events.

Check out Eric’s photography and book a photo tour at www.horanphoto.com. Beholding Nature is available at www.starbooks.biz. 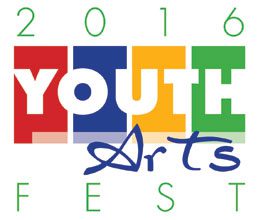 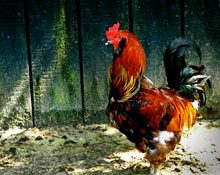