How about watching a genuine, totally intriguing, salacious love affair in a week or two on Fripp Island? The perpetrator of the affair, Andrew Armstrong, is famous all around the globe. But he is especially appreciated in Beaufort as the Artistic Director of the Chamber Music Series at USCB. So, you want to know, who is Andrew’sparamour? Or rather, his sweetie? In the Center for the Arts at USCB, it is Miss Flora. On Fripp? Well, she has yet to be given a name. So, please come and help christen her, or rather christen it, i.e., the piano to which Andrew is going to make love on January 8 on the stage of the Fripp Island Community Centre.

Yes, that is what Andrew does to a piano, whether it has a name or not: He makes love to it. He dedicates his entire self to the instrument, physically with his agile fingers, and emotionally with his whole heart. Just watch him lovingly hold his hands over the keys until it is time to touch them, make them sound out. And then listen to her – the piano – articulating a beautiful, imploring, happy, alarming, scary, passionate, questioning, soulful response. You can come up with more descriptors, which, of course, depend on the kind of music Andrew is eliciting from hissweetie. But whatever music that is, he will make it his own – Andrewic, if you will, which means that you are going to have a new, engrossing musical experience, no matter how often you have heard the composition Andrew isplaying. “I think I’m a junkie in the way that I play,” he admits. “Because generally, if there’s a place in the musicwhere there’s a choice of taking a risk and risking missing notes in order to create a certain tempo or a certain sound quality, as opposed to playing safer, I always choose the former, probably to a fault.”

Andrew fell in love with the piano early in his life. He was seven years old when he followed in his sister’s footsteps and learned to play. His dad, a pianist, realized quickly that Andrew imbued every piece of music with his very own interpretation, giving it an Andrewic aura. And soon enough, Andrew started winning competitions and prizes, including the Van Cliburn Competition in Fort Worth, earning plaudits from Cliburn himself, prizes with which he partially financed his college education at Columbia University. After a while, he realized that practicing to win prizes did not prepare him for a musical career, nor did it enhance his musicality. So he dropped out of school, advanced his skills on his own accord, and started playing with orchestras of all kinds, small and large. Soon enough this strategy paid off. He was noticed by the conductor of the Columbus Symphony Orchestra, GüntherHerbig, who invited him to perform with the orchestra. Soon he began his own successful chamber music career marked by frequent collaborations with Canadian-born and internationally known violinist James Ehnes, who is now also the Artistic Director of the Seattle Chamber Music Society. Andrew has also performed with many famous chamber groups like the Alexander, Manhattan and American String Quartets. He has appeared at all major American venues, including Alice Tully Hall and Carnegie Hall in New York, the Kennedy Center in Washington, and in prominent concert halls in Latin America, Asia, and Europe such as the Grand Hall of the Moscow Conservatory. Summa summarum, he has played in the most distinguished venues all over the world and amassed rave reviews. Andrew also has a strong interest in music education and often performs concerts for children, no doubt inspired by his own three kids with wife Esty: Jack, Elise, and Gabriel, and by their two dogs Comet and Dooker. Well, maybe not by the doggies, really.

Andrew has left large pawprints in South Carolina, not only here in Beaufort, but also as Artistic Director of the Chamber Music on Main in Columbia and as featured soloist at the Spoleto Festival in

Charleston. So you may have heard him and know that he is not only a pianist of sterling musicianship and fabulousvirtuosity, but is entertaining and funny and gives interesting educational introductions to the pieces of music he plays. And it is not surprising, is it, that he plays mostly without sheet music. It doesn’t matter how simple or howcomplex a Beethoven, Rachmaninoff, Chopin, Debussy or Gershwin composition may be, it is more often than not all in his head. By the way, it was Andrew who, this fall, christened the new, gently-used piano on the stage of USCB as “Miss Flora.”

Come and watch Andrew Armstrong‘s liaison with the Fripp piano on Sunday, January 8, 5:00 pm in the Fripp Island Community Centre, 205 Tarpon Blvd. Admission at the door is $30 for adults (credit cards accepted), students free thanks to the Peg Gorham Memorial Fund. You are invited to a

meet-the-artist reception after the performance, catered, deliciously, by Harold’s Chef Services. This concert is presented by FIFOM and supported by the SC Arts Commission. It helps fund FIFOM’s

Music-in-the-Schools program. See our website frippfriendsofmusic.com for more information, and call or text Vanessa Peñaherrera at (704) 807-0255 for reservations. 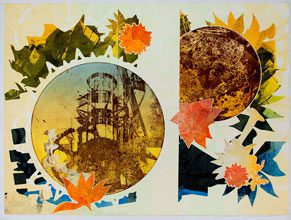