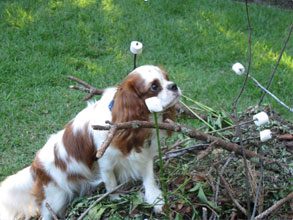 I have observed that during these isolating times; times where we spend a lot of our days and weeks at home, that the more time I have available to do something, the less likely I am to do it. Have y’all been afflicted with that particular malady, too?

This is most obvious in my garden. We humans have a unique capacity to see and hear only what we want to see and hear, so I have been ‘blind’ to the gradual chaos overtaking my garden – the overgrown shrubs, the grass inching its way into my flower beds, the weeds that have just blurred into ‘green space’; it has all become invisible.

You would think that with all the time on my hands, my garden would look the best it ever has. I was sure this would be the case when all those Covid restrictions began last spring. I even pondered making a few new beds.

Well, reality has finally set in and I am now overwhelmed at the task before me.  Where to start? I guess it’s time to practice what I preach. At site visits in our Rent a Master Gardener program, we always say the best way to face a daunting landscape is to select the most important area and work on it until it’s complete.  Having one area that pleases you will give you the impetus to go forward.

At least that’s the theory.

My problem is that they’re all important areas, and as I’ve mentioned before, I have the focus of a flea. But start I must. I will make a contract with myself to spend some time, every day, in the garden.

First, I have to locate my tools. I put yellow duct tape on most of my tools so they are easier to find. Like my cordless phones, I tend to leave them where I was when I finished with them.  And tools don’t have a program where you can push a button and they beep ‘till you find them. I once found a trowel in a hole I was digging.

Next I had to find a pair of gloves that matched. They really don’t have to match, but all of the ones I could find were for the left hand. I don’t know why that happens. Maybe for the same reason all the socks in a load of laundry never match.  But I rose to the challenge and turned one of the gloves inside out. Voila!

So . . . gloved and armed with tools and good intentions, I began.

Pruning is a big job but I find it pretty rewarding. However, hauling away the trimmings is a drag . . . literally. We don’t have curb pickup for garden debris where I live, so I decided to burn them. Ashes are good for the garden, too. My bananas love them.  I made a ‘burn pile’ and found some marshmallows. Scamp was eager to help.

The following day, on the way to weed one of the beds, I noticed a clump of crinums really needed to be divided. Took quite a while to dig out the clump, so I can wait until tomorrow to transplant the divisions. Crinums are tough plants.  They can wait quite a while to be transplanted. On second thought, space is getting scarce, so I may just have to give them away. Maybe I can put them in a box at my curb with a sign, “Free to a Good Home.”  Like Fluffy’s kittens that your Dad wouldn’t let you keep.

The next day was kinda’ cold outside, so I did recon work . . . walking around the garden making mental notes of what needs to be done. That counts, too, doesn’t it?

Drat! I broke a shovel levering out a clump of ginger (Hedychium). These plants replicate themselves faster than rabbits. No wonder we gardeners are happy to share them with anyone who wants some. Their fragrance is divine and they provide color when little else is in bloom. Like so many things, at the time, I thought planting a lot of them seemed like a good idea. Not.

I noticed a new weed in the garden. I posted a photo of it and most identified it as a type of nettle. Not the stinging type, thank goodness, because I’ve been pulling it out for days. It’s a big weed, with big leaves and big hollow stalks and it grows as fast as Jack’s beanstalk. There seems to be a fight between the nettles and the Chamberbitter to see who can eat up the most of my garden. Another overwhelming task.

This commitment is not turning out the way I thought it would.

I am slowly coming to the realization that having  to work in the garden every day is too much like holding down a job. I retired so that I didn’t have to follow a set regimen, so making this kind of commitment was self-defeating. There must be a better solution to getting my garden under control.

I’ll think about it over a cup of cocoa – with marshmallows – and get out the yellow pages and my checkbook. 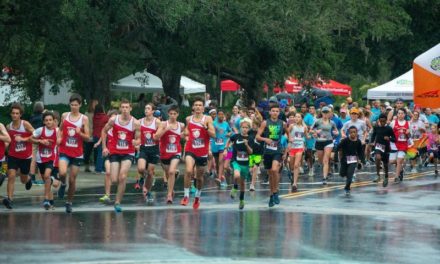 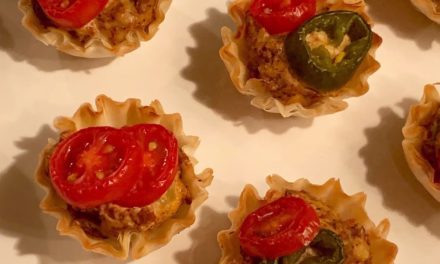 It’s the Yummiest Time of the Year!